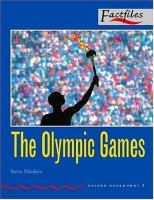 The Olympics start in 4 days!

What a privilage it must be to carry the Olympic Torch.  Besides the many athletes and celebrities who carry the torch many local people and those with a record of community service are selected to carry it.

It all begins at Olympia were the flame is kindled from the sun’s rays. This is then used to light the Olympic Torch. The design of the torch varies for each games but they usually have a metal bowl in which the flame burns, and this is attached to a metal handle that you hold at the other end. The Olympic rings and an olive wreath decorate the torch.

The torch begins it’s journey known as a relay by travelling through Greece and its islands. It will then make its journey to the continent of the host city where it will travel to all corners of the land, visiting cities, towns and areas of special significance.

Runners usually carry the torch for a distance of 1 kilometre and when it reaches the Olympic stadium it is used to light the Olympic cauldron which then burns throughout the games.

Try visiting the Olympic Torch Relay Route to see the where the torch is today.