A local webseries was recently shot by brothers Callum and Oli Devlin. First episode ‘The Call Of The Hunt’ caught our attention with the Kilbirnie Library playing a dystopian supervillain. We wanted to know more so got in touch with the creators for the lowdown.

Here’s the first episode, a link to their youtube channel, and the Q&A is below:

How did you get into making films?

Callum: We started making films on our parents home video camera when we were kids. Mostly they were morality tales or Monty Python rip-offs or fight scenes and what not. Just making them to amuse ourselves and get out of the house. It’s just a great way to tell stories.

Oli: Also, the Lord of the Rings, and the Matrix were pretty big childhood influences. We were exactly the right age for the Star Wars prequels too, so we’d be making little movies and animations with our action figures in the garden.

Can you give us a short bio about yourselves?

Callum: I’m studying Fine Arts at Massey in Wellington, and am a member of the theatre group PlayShop who performs at Paramount Cinemas every Friday night.

Oli: I’m at the NZSM doing Sonic Arts, which is pretty much musical composition – with computers.

We have watched the first episode and loved it. In your words could you please explain to us why you decided to make it?

Callum: We had this character of Clark kicking around from a film we’d made for our brothers 21st a few years ago. The original was an exposé about our brother that was really more about us. It was hands down the best thing we’d ever made, and we just couldn’t leave such dynamite comedy potential just sitting around like an idle duck. So we brought him back.

Oli: We wanted to do something huge, a vast web of conspiracy and intrigue, but seen through the eyes of hyper imaginative man-child. Like what happens when you take that crazy paranoid world Clark lives in, and make it real.

Once it was out there, did you get any unexpected reactions?

Callum: No kooky stories, just a lot of genuine surprise from people, even the cast. This series raises more questions than it answers, and Clark is just such a unique character that I think can be initially pretty baffling.

Oli: I expected people to be a bit baffled, yeah, but it seems there are some people who like it a lot, which is so great. It’s rather strong flavored.

Can you tell us a bit more about why you chose to film in a library; what’s your relationship with libraries?

Callum: Part of our show is set five years into the future, where Libraries are controlled and locked away from the public. Libraries are so often taken for granted as a public resource for information, so what was interesting for us is what happens when that gets taken away. They can hold secrets, and become as valuable and precious as a bank vault.

Oli: I love the idea of Librarians in the future being supervillains.

What’s the future for your webseries and film-making?

Callum: We have two more episodes of Clark Spaggeerg for this season (episode #2 comes out on Thursday [7/11], #3 the week after) which is the focus for now. We’ve planned a full kind of series arc, with plenty more story to tell, so hopefully this season is intriguing enough for people to want to see more. Otherwise, we’re always writing and developing new projects that excite us.

Oli: Our next film is a psychological horror-short we made with a small crew of guys from this film, and we’ll be letting that one out in December.

Do you have any music/films/blogs recommendations?

Callum: I just rewatched Billy Wilder’s Sabrina which is just a lock as my favourite film ever. Also, if you’re looking for honest, entertaining and critical discussions about film and television check out baddassdigest.com.

Oli: Definitely Baddass Digest and Film Critic Hulk, also openculture.com which is really consistently good – all the great free stuff on the web. I also listen to a lot of podcasts, Nerdist Writers Panel, WTF with Marc Maron, and Harmontown.

Anything else to add?

Callum: Making films is a lot easier than you think it is and just completely the most fun ever. I don’t understand why everybody isn’t doing it. It doesn’t have to be a big deal, and you don’t need permission, just go do it. 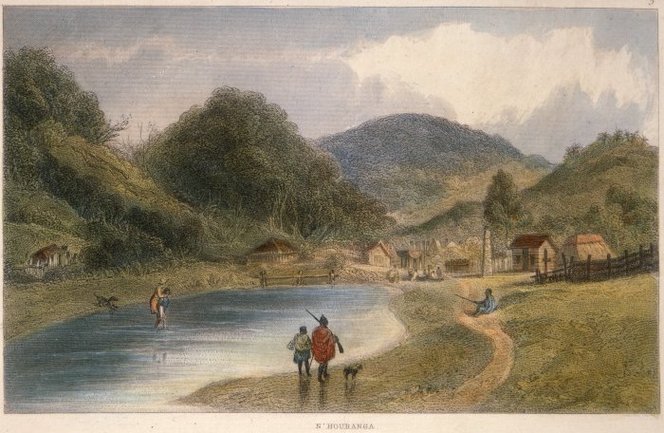 Published in 1956 and written by amateur archaeologist, cartographer, pioneering photographer and farmer, Leslie Adkin, this book explains many of the Maori place names and sites around Wellington and what these areas where used for. Cultivation and occupation sites are listed alphabetically and the explanations are supported by maps of Wellington, Terawhiti Head and Lower Hutt Valley illustrating the positions of pa, kainga, cultivation areas and other geographical areas of interest. Here is a excerpt about Ngauranga: “Nga Uranga” canoe-landing and kainga. ‘The spot where canoes were landed [as the name literally signifies] at the mouth of the [Waitohi] stream…A small Te Ati-Awa kainga (village) located nearby was the dwelling place of the chief Te Wharepouri; he was buried at Petone but a cenotaph…was erected to his memory on the hillslope on the east side of the Waitohi stream by Rawiri Te Moutere in 1848. The name Nga Uranga was, according to S.P. Smith a Ngati Ira name. It was for many years mis-spelt ‘Ngahauranga’ and this erroneous form furnishes a good example of how the wrong spelling of a name can have a false meaning assigned to it. A Mr Tirikatene is reported to have translated Nga-hau-ranga as ‘beaten by strong winds’.”