It’s family reading time! Share your hobbies and favourite books, and enjoy the laughter and joy they create.

For engine and speed lovers: 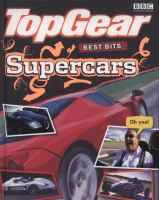 Supercars / [written by Mark Hillsdon].
“Your heart is pumping faster to the revs and roars of the engines. Yes, the love of cars is in the big and small boys’ gene.” (Staff review) 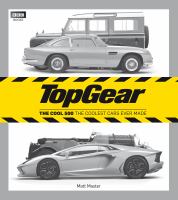 Top Gear : the cool 500 : the coolest cars ever made / Matt Master.
“Ever since Karl Benz first powered up his Patent-Motorwagen in 1885, man has salivated and swooned over automobiles. And none more so than the motoring fanatics at Top Gear Magazine, who have test-driven, critiqued and worshipped some of the finest cars in motoring history.” (Library catalogue)

For the creative science fantasists:

Ender’s game / Orson Scott Card.
“Six-year-old Ender Wiggins, a star pupil in Battle School, suddenly finds himself in a real war when he’s chosen to lead Earth’s people to victory in an interstellar battle against insectoid aliens.” (Adapted from Booklist)

Airborn / Kenneth Oppel.Airborn
“A swashbuckling new fantasy by the bestselling author of the Silverwing trilogy. In the early 20th century, a young orphan serves as a cabin boy aboard an airship and is witness to life-and-death battles in the sea and above land.” (Syndetics summary)

For those with unstoppable feet and adventurous minds: 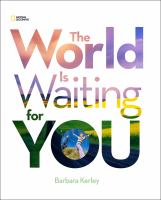 The world is waiting for you / Barbara Kerley.
“”What do you want to be when you grow up?” is a question kids get asked over and over. But very few connections are made for kids between the present and the future. This book shows kids a pathway from their current interests and talents to a future career or interest. And in so doing, it also encourages adventure, exploration, and discovery, three core principles of National Geographic’s mission. It’s a celebration of possibility–so simple and so profound.” (Library catalogue)

125 years : the moments, the people, the discoveries that changed the world.
“A collection of memorable National Geographic programs to celebrate 125 years of the society.” (Syndetics summary)

For the colour and flavour cultivators:

Pasta sauce! : grow your own ingredients / Cassie Liversidge.
“K-Gr 4-Kids interested in digging into this project will need to bring an engaged grown-up along for the ride, but it shouldn’t be hard to find one. Adorable, friendly vegetables take readers on a chapter-by-chapter guide through each ingredient in the garden: tomatoes, onions, basil, peppers, and garlic. Supplies for growing each one are laid out, and step-by-step instructions follow, with a few hilarious veggie jokes interspersed throughout. The introduction provides a “rough guide” for when to sow and harvest, but makes the wise recommendation to check the local weather. Some terms are defined while others, like “worm tea” and “wormery” are not. The pasta-sauce recipe is a little vague at times, using “about ten big handfuls” and “a bunch” as measurements. Each step is illustrated with photos and includes instructions for kids to cut onions and garlic, but recommend asking an adult to help cut the pepper. In spite of a few inconsistencies, this is a fun concept in an attractive package that could get kids growing and cooking their own food.” (Adapted from School Library Journal) 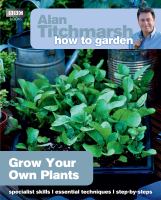 Grow your own plants / [Alan Titchmarsh].
“Using a variety of simple propagation techniques, learn how to grow your own plants for free. Alan Titchmarsh shows how to sow seed, take leaf and root cuttings, divide shrubs, and how to promote growth in your young plants. He covers all the essentials and provides inspirational ideas for filling your garden with flowers, shrubs, trees and vegetables, all grown from scratch.” (Syndetics summary)

Do you know teens who have a fascination for Zombies, Glee, trivia or free food ?
Then they should head down to Wellington’s Central Library on Friday 2nd September at 6.30pm.  If it’s anything like the last trivia event that Central hosted for teens, then it’s going to be a great night.
Registration is now open for teams of 13 to 18 year olds – places are limited, so better be in quick!

As previously mentioned, up-and-coming young artists are performing free afternoon gigs at Wellington Central Library and at the Ruth Gotlieb (Kilbirnie), Newtown, Johnsonville and Karori branch libraries this week, from 4PM to 5PM.

Here’s the roster of performers for each event:

Find out more about the performers on Toi Poneke’s Facebook pages:

Hope to see you there!

Karori Library will be open this Friday night just for high school students or those aged 13-18* (with some library staff to pass around the free pizza and lollies).

There will be free internet and gaming available : Guitar Hero, Kinect and Wii – and since it’s the last day of term to there will be some live music too.  Further details are available on the Teen Blog!

*bring your YA card or your school ID.

This March Wellington City Libraries is holding four free seminars for teens designed to make surviving the urban jungle that is life in Wellington that much easier. 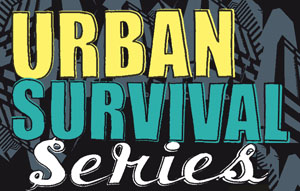 Get fit for free with Rec Welly and NZ Parkour. Find out about the free and five dollar deals in town and learn how to leap tall buildings in a single bound.

We have some fitness freebies to give away at this session – thanks Rec Welly!

Afford toys and gadgets : BNZ, CAB and the Community Law Centre are here to show you how you can get the stuff you want, what 24 months interest-free really means, and what you could be doing with the money from your after school job.

Plan your OE with STA travel and Volunteer Service Abroad. All the tips and tricks for having the most amazing experience ever.

STA will be giving away a Lonely Planet guide book to one lucky person at this session.

Get your music and art out there: The singer from Poppy Dust and the guys from OOsh Multimedia on how collaboration, thinking outside the square, and following your dreams can get you, your art, your music, and your life where you want them to be.

Meet top marine scientists from NIWA and peer through their microscopes at all the weird, wonderful and incredible things they have found in and near the sea during the Mana 2011 BioBlitz. 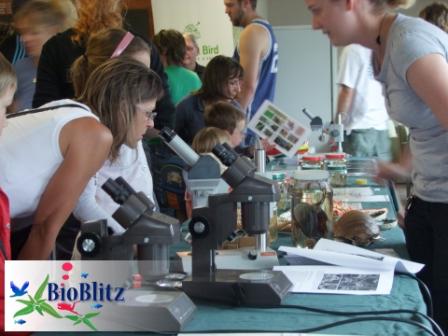 You can talk to the scientists from 10am–12noon on Saturday 19 February at Central Library and discover all the amazing plants, animals and insects living on the land and in our sea in the Mana region.  Learn about taxonomy (identifying and classifying species) and find out how you and your family can be involved in the BioBlitz – you might even help discover a new species!

A free and fun opportunity for individuals, families and anyone interested in nautre, the environment, science or just exploring the biodiversity within our region. 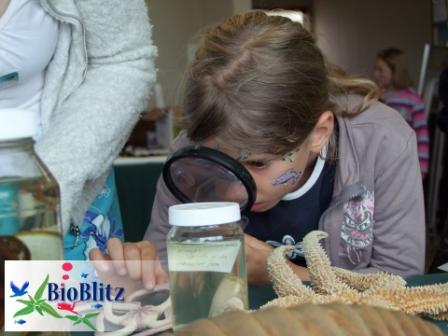