For February, a festival of fabulous new art books:- 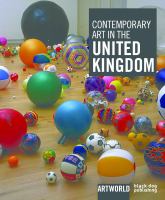 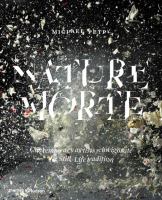 Nature morte : contemporary artists reinvigorate the still-life tradition / Michael Petry.
“Current twists on the still life reflect the tradition’s ongoing obsession with death in this survey featuring the work of John Currin, Renata Hegyi, Gabriel Orozco, Cy Twombly, and many others. For Petry (Installation Art in the New Millennium), director of London’s Museum of Contemporary Art, these images are considered nature morte (“dead nature”), as exemplified by the volume’s amusing lenticular cover of an exploding floral arrangement. After discussing the “mortal edge” present in the past five centuries of the still life, Petry traces broad historical changes alongside artistic developments, with selected contemporary works organized into chapters dedicated to “Flora,” “Food,” “House and Home,” “Fauna,” and “Death.” (adapted from Syndetics summary) 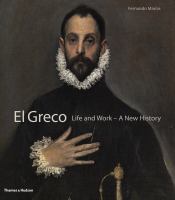 El Greco : life and work – a new history / Fernando Marías; [translated from the Spanish by Paul Edson and Sander Berg].
“Domenikos Theotokopoulos, known to us as El Greco, was one of the seminal figures of the Spanish Golden Age. This magnificent volume, published to mark the four hundredth anniversary of the artist’s death, features superb new photographs of recently cleaned and restored paintings, revealing hitherto unknown facets of his art. He was a painter not only of religious subjects but also of idiosyncratic portraits executed in his own uniquely dramatic and expressionistic style.” (abridged from Syndetics summary) 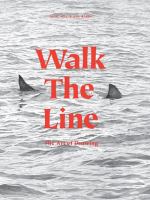 Walk the line : the art of drawing / Marc Valli & Ana Ibarra.
“Drawing has always been a fundamental skill and good drawing skills allowed artists to grasp the reality around them. At the turn of the millennium, however, the general impression was that with the wide availability of computers, scanners, digital cameras and image software, drawing would dwindle into a marginal activity. In fact, the opposite happened: the enthusiasm for digital imagery died down and the ability to draw has become a treasured skill. In the art world, attitudes to drawing have also changed. Drawing became a way of making a statement as an artist, of showing masterly skill something that up to then had been most commonly associated with painting. After centuries in the shadow of its more illustrious fine art relatives, drawing started to be appreciated for its own sake, as an art discipline, an end in itself, an art form.” (Syndetics summary) 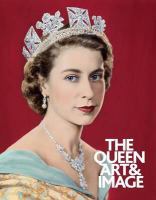 Queen: art & image
“This publication, in association with the National Portrait Gallery in London, follows the reign of Queen Elizabeth II documented in photographs and portraits by some of the most important 20th century artists.” (adapted from amazon.com description) 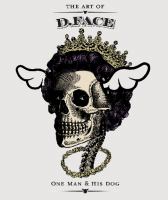 Art of D*Face: one man and his dog
“D*Face has been a leading figure in urban art for well over a decade. A contemporary of Banksy, he was at the forefront of the urban art movement, and has had a constant presence throughout its meteoric rise into popular culture. This long-awaited monograph shows the development of his career as an artist to date, encompassing his continuing street work, and the path that led him from the early beginnings of the street art genre to multiple sell-out solo exhibitions around the world. Containing previously unseen images of his working process and studio, as well as firsthand anecdotes, and the stories behind his extraordinary work, the book provides an insider’s view of one of Britain’s most important urban artists.” (adapted from amazon.com description)