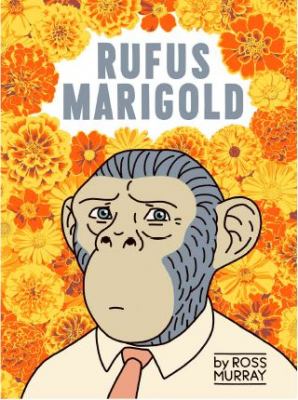 This month’s selection of newly acquired Graphic Novels is a deliciously rich cornucopia of voices, graphic styles and different ways of telling stories. From the wonderfully poignant, funny and  compassionate story that is Ross Murray’s Rufus Marigold about a primate suffering from anxiety to legendary graphic novelists Frank Millers latest outing called Xerxes: the fall of the House of Darius and the rise of Alexander, from Max de Radigues unique mother and son take on the Bonnie and Clyde story to the second much anticipated Kabul disco instalment by Nicolas Wild. The rich variety of the graphic novel World is show cased to its fullest extent. Enjoy.

A fire story / Brian Fies.
“Early morning on Monday, October 9, 2017, wildfires burned through Northern California, resulting in 44 fatalities. In addition, 6,200 homes and 8,900 structures were destroyed. Author Brian Fies’s first hand account of this tragic event is an honest, unflinching depiction of his personal experiences, including losing his house and every possession he and his wife had that didn’t fit into the back of their car. In the days that followed, as the fires continued to burn through the area, Brian hastily pulled together A Fire Story and posted it online–it immediately went viral.” (Adapted from Syndetics summary)

The weatherman. Vol. 1 / writer, Jody LeHeup ; artist, Nathan Fox.
“Local weatherman and fun-loving amnesiac Nathan Bright was just a normal guy living the good life on terraformed Mars. But the past Nathan didn’t know he had comes back to murder him when he’s accused of carrying out the worst terrorist attack in human history–an event that wiped out nearly the entire population of Earth. Collecting The Weatherman#1-6” (Adapted from Syndetics summary) 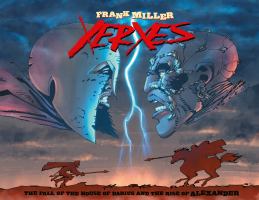 Xerxes : the fall of the House of Darius and the rise of Alexander / Miller, Frank
“The ongoing Greek rebellion against Persian tyranny reaches a turning point after the destruction of the city of Sardis and the later battle of Marathon: on a military campaign to vanquish the city of Athens and silence the Greeks once and for all, Xerxes, Persian Prince, watches as his father, King Darius, falls in battle.” (Adapted from Catalogue)

Rufus Marigold / Murray, Ross
“Rufus Marigold is a primate with a problem. He suffers acutely from anxiety and every social encounter is a harrowing ordeal. A budding artist, Rufus spends his days working in an office. As life become increasingly more of a struggle, Rufus yearns to be defined as something other than an a complete nervous wreck. This volume collects and significantly expands upon the original web comic, resulting in a darkly hilarious yet moving account of living with anxiety.” (Adapted from Catalogue) Bastard / Radiguès, Max de
“A mother and son “Bonnie & Clyde” star in this internationally acclaimed graphic novel thriller! After taking part in a historic heist — 52 simultaneous robberies at the same time, in the same city — May and Eugene, a young mother and her preteen son, are on the run not only from the law and double-crossed former accomplices, but also their violent past. They crisscross the United States, encountering mysterious truckers, ambitious bandits, and senior citizens living off the grid — while flashbacks show the reader how they got into this deadly situation. ” (Adapted from Catalogue)

Kabul disco. Book 2, How I managed not to get addicted to opium in Afghanistan / Wild, Nicolas
“It’s 2005. Nicolas Wild is a French cartoonist. He’s broke and about to be homeless. He’s a man without a plan. That is until destiny shows up in his email box: a paid job . . . In Afghanistan In his graphic Travelogue series, Nicolas Wild brilliantly explores the differences between the Afghan cultures around him and his own, as he and his fellow expat friends crash Asura celebrations, avoid the afterlife and muse on the differences between Christian Easter egg hunts and Islamic penance.” (Adapted from Catalogue) Polar. Came from the cold / Santos, Victor
“Ripped out of retirement by an assassination attempt, the world’s most deadly spy–the former agent known as Black Kaiser–is a wanted man that’s wanted . . . dead On a collision course with his former employer, the Damocles Agency, Black Kaiser goes head to head with a stab-happy, psychotic torture expert and a seductive but deadly redhead. His mission only ends if he dies or kills everyone out to get him, and he’s not in the habit of dying. ” (Adapted from Catalogue)