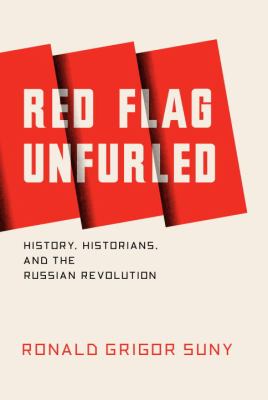 Another year done and dusted, ready to have more history books written about it and featured in this series eventually! To start the year off, we’ve got modern China, the Goths, Hitler, the USSR, and last but not least, a re-examination of everyone’s favourite king, Richard III.

Chasing the Chinese dream : stories from modern China / Nick Holdstock.
“China is undergoing the biggest and fastest societal and economic change in human history. Driving this dizzying transformation is the idea of the “Chinese Dream,” the promise that in the new China, anyone can make it. Chasing the Chinese Dream follows a cast of extraordinary characters: the people getting rich; running factories and buying luxury cars and Louis Vuitton bags. But it also provides insight into those left behind, trapped by a system defined by long hours and no prospects.” (Abridged from Syndetics summary)

Paradise in chains: the Bounty Mutiny and the founding of Australia / Diana Preston.
“The story of the mutiny of the Bounty and William Bligh and his men’s survival on the open ocean has become the stuff of legend. But few realize that Bligh’s escape was not the only open-boat journey in that era. Indeed, 9 convicts from the Australian penal colony, led by Mary Bryant, also traveled to the same port Bligh had reached only months before. Acclaimed historian Diana Preston provides the background and context to explain the thrilling open-boat voyages each party survived on their journey to safety.” (Abridged from Syndetics summary)

The Third Reich in 100 objects : a material history of Nazi Germany / Roger Moorhouse ; foreword by Richard Overy.
“This is a compelling, frequently shocking and revelatory guide to the Third Reich that has been collated and presented by two of the world’s leading World War II historians.The photographs gathered include Pervitin, Hitler’s Mercedes, Wehrmach toilet paper, Hitler’s grooming kit, the Nuremberg courtroom, the Tiger Tank, fragments of flak, the Iron Cross and, of course, the Swastika and Mein Kampf.” (Abridged from Syndetics summary)

Jack’s journey : a soldier’s experience of the First World War / Jack Pryce ; edited by Trish McCormack and Andrew Gibson.
“When Jack Pryce sailed to war in 1915 with the Otago Infantry Battalion he was restless, wanting to “make good” of his life. Experiencing the carnage of Gallipoli and Passchendaele and other epic battles on the Western Front, he rose through the ranks to gain his commission.” (Syndetics summary)

The Goths / David M. Gwynn.
“In this engaging history, David M. Gwynn brings together the interwoven stories of the original Goths and the diverse Gothic heritage, a heritage that continues to shape our modern world. From the ancient migrations to contemporary Goth culture, through debates over democratic freedom and European nationalism, and drawing on writers from Shakespeare to Bram Stoker, Gwynn explores the ever-widening gulf between the Goths of history and the popular imagination.” (Abridged from Syndetics summary)

Red flag unfurled : history, historians, and the Russian Revolution / Ronald Grigor Suny.
“Reflecting on the fate of the Russian Revolution one hundred years after October, Ronald Grigor Suny explores the historiographical controversies over 1917, Stalinism, and the end of “Communism” and provides an assessment of the achievements, costs, losses and legacies of the choices made by Soviet leaders. Suny reevaluates the promises, missed opportunities, achievements, and colossal costs of trying to build a kind of “socialism” in the inhospitable environment of peasant Russia.” (Abridged from Syndetics summary)

Escaping Hitler : stories of courage and endurance on the freedom trails / Monty Halls.
“Some of the great untold stories of the Second World War concern the freedom trails, the highly dangerous escape routes out of Nazi Occupied Europe. Over 5,000 British, Commonwealth and American servicemen made the journey over the Pyrenees, the Slovenian mountains and the Italian alps. Mixing in depth research, interviews with survivors and his own experience of walking the trails, broadcaster and former Royal Marine Monty Halls brings the past to life in this dramatic and gripping slice of military history.” (Abridged from Syndetics summary)

Richard III : brother, protector, king / Chris Skidmore.
“The last Plantagenet king remains one of England’s most famous and controversial monarchs. There are few parallels in English history that can match the drama of Richard III’s reign, witnessed in its full bloody intensity. By stripping back the legends that surround Richard’s life and reign, and returning to original manuscript evidence, Chris Skidmore rediscovers the man as contemporaries saw him. His compelling study presents every facet of Richard’s personality as it deserves to be seen: as one of the most significant figures in medieval history.” (Abridged from Syndetics summary)