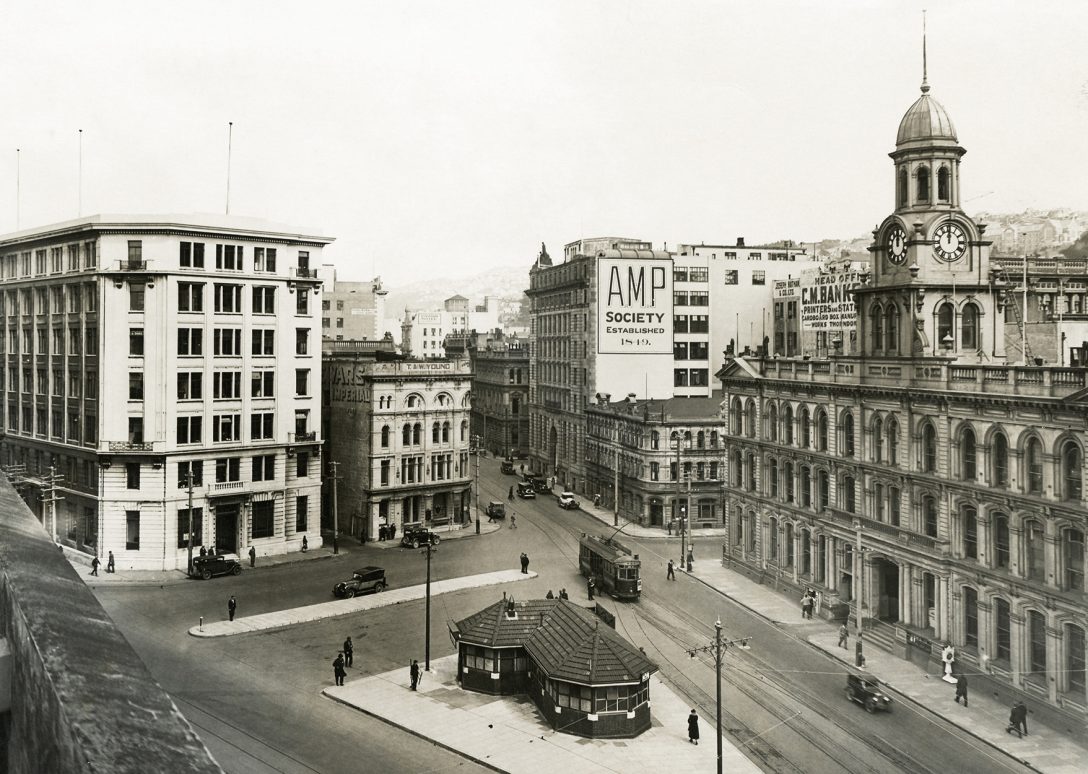 He roamed from Post Office Square to the wharves, where black mysterious little waves suck under sea-rotted, weed-twined piles, from the wharves back again to various haunts of publicans and sinners.

Many an overseas tourist has headed to Post Office Square on Customhouse Quay hoping (as the name might suggest) to buy a stamp to send a postcard back home…only to find themselves walking around in circles in a state of confusion. It’s been well over a decade since the last actual post office near the ‘square’ ceased operating, a small Postshop which was located in a retail tenancy on the corner of Grey Street. However, for generations of Wellingtonians, Post Office Square and the General Post Office next to it (or the GPO as it was commonly called) was regarded as the centre of town.  It was a place for protest meetings, receptions for visiting royals and where crowds of people would gather on New Year’s Eve to hear the bells in the GPO clock tower chime midnight.

Though a post office had operated in various buildings across Wellington since 1840 (often connected with the functions of the Magistrate’s Court), the first near the square that would take its name was a small building erected in the late 1850s in Grey Street. It operated for only three years before being replaced with a larger building fronting Customhouse Quay which was to become Wellington’s first true GPO. Its location was selected by the Provincial Government because of its proximity to Queens Wharf which was then under construction. The area soon became the city’s principal transport and communications hub in an era before rail links had been established and shipping was the way people and goods moved across the country.

The  distinguishing feature of this GPO was the time ball located on its roof. This was raised up a sliding pole just before midday (excluding Sundays) and then dropped at 12-noon precisely. Its main purpose was to allow ships in the harbour to synchronise their marine chronometers (extremely accurate on-board clocks) which were vital to calculate longitude when navigating the oceans. The signal to drop the ball came over telegraph wires which ran up to an observatory located at the top of the Bolton Street Cemetery. Celestial observations were carried out regularly on clear evenings and these were used to set NZ’s official standard time which was kept on a series of precision pendulum clocks.

A rapidly growing population and the advent of a telegram service saw Post and Telegraph  (‘P&T’) Department outgrow this building and it was replaced after 20 years with what was then one of the largest buildings in Wellington. Opening in 1884, it was barely three years old before it was almost completely destroyed by fire in late April 1887. Its rapidly constructed replacement which opened at the end of the following year appears at a glance to be an identical twin to the earlier building but featured many structural and layout improvements.

Further technological developments (namely the widespread introduction of the telephone) and the P&T Department being given the responsibility for the administration and distribution of the old age pension, saw the construction of yet another building, a ‘new’ GPO which fronted on to Featherston Street. This massive building adjoined the 1888 structure so that the P&T Department now covered the entire block. Opening in 1912, this imposing granite-clad building featured the latest in earthquake-resistant engineering, a large internal public office naturally lit with a huge stained-glass skylight, a pneumatic tube  ‘Lamson’ system for transporting documents & cash throughout the building, over 1500 private ‘P.O’ boxes and dozens of phone and telegraph operators. By the 1960s, the former 1888 GPO was still standing but was a shadow of its former self with many of its distinguishing features such as the clock tower having been removed.

In the early 1970s, the Post Office decided that it once again needed a new GPO better suited to the modern age.  Sadly,  despite not being particularly earthquake prone, the 1912 GPO and its older sister from 1888 were both demolished in 1974, reflecting an era when anything ‘modern’ was seen as exciting and little regard was given to the heritage value of such buildings. The site was excavated and foundations were poured for the new GPO. However, the project stuttered for many years, in part because of the NZ Post Office’s poor financial situation as they lost money on their mail service and were slow to adopt many of the efficient new communication technologies which were commonplace overseas. After a large building was constructed for the Post Office further down Customhouse Quay next to the Waterloo Hotel, the project to construct a replacement GPO next to Post Office Square was abandoned. The site was left as an empty pit for over a decade, often filling with a couple of feet of stagnant water during the winter months.

In 1988, work finally re-started on the site with a major new building being constructed on the foundations which had been poured over ten years earlier.  The resulting IBM building and the Park Royal Hotel (since renamed the ANZ and the Hotel Intercontinental) added a splash of mirrored-glass glamour to the inner-city when they opened in 1990. Only the name of the neighbouring square gives an indication of the institution which dominated the site for over a century and which employed thousands of people over that time. 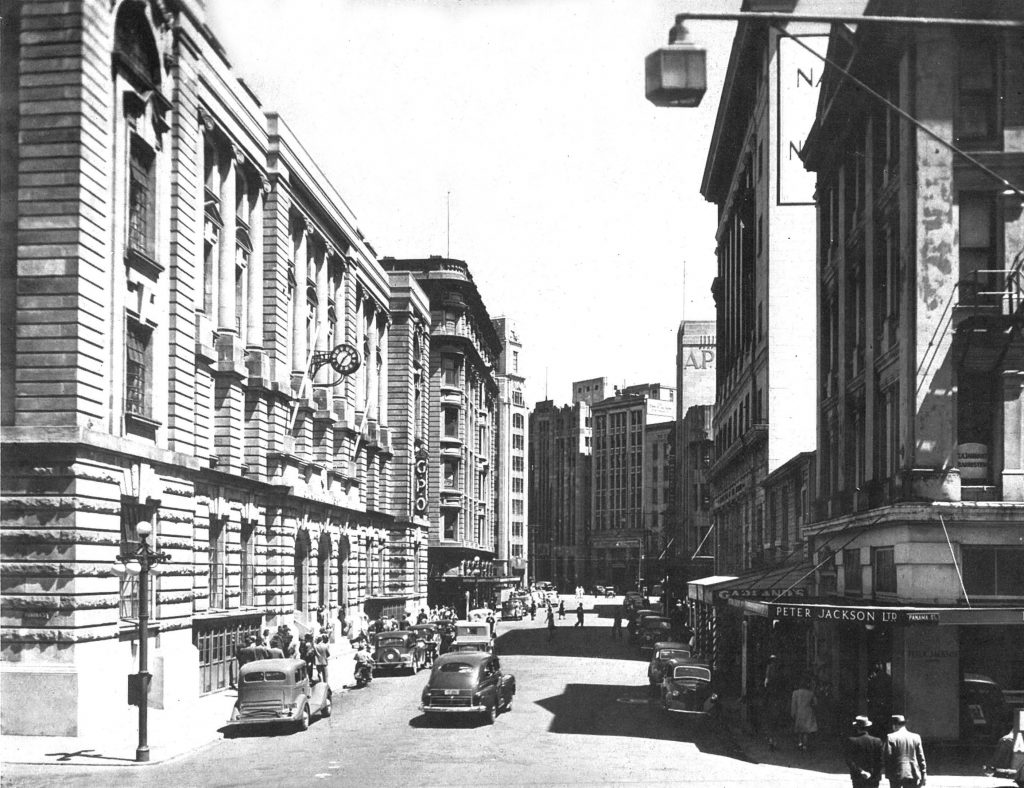 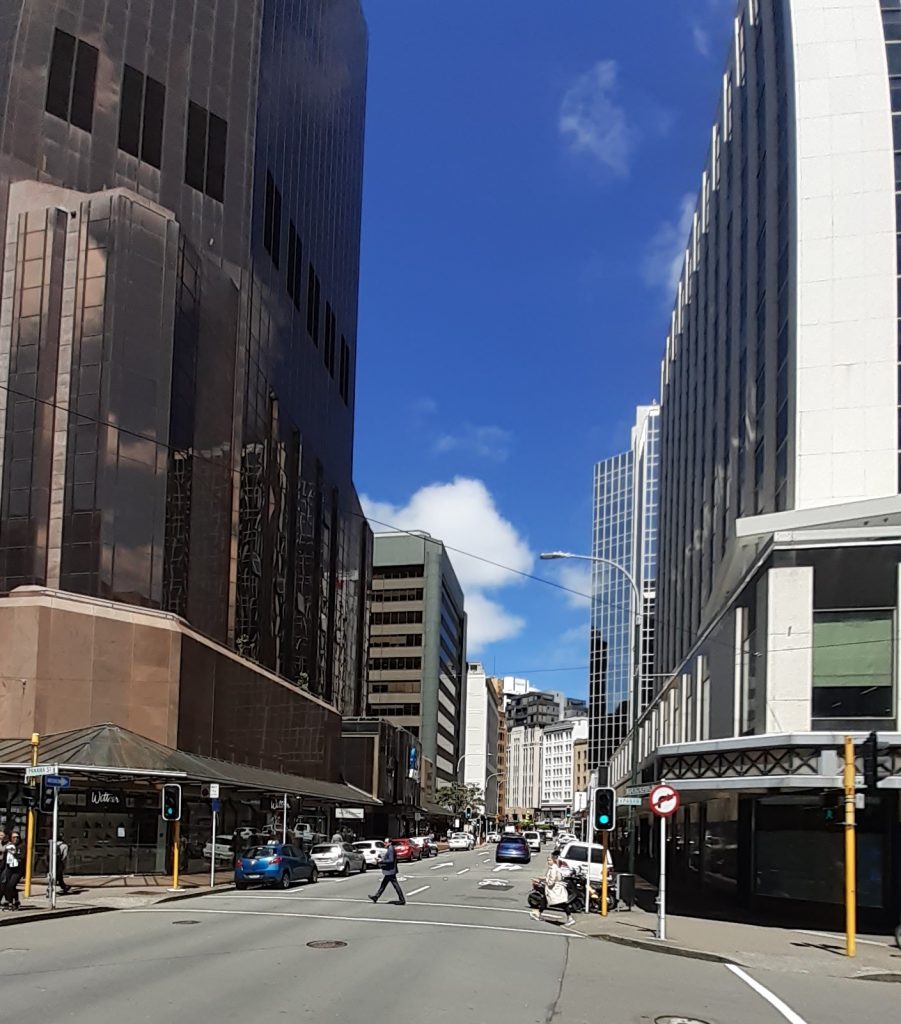