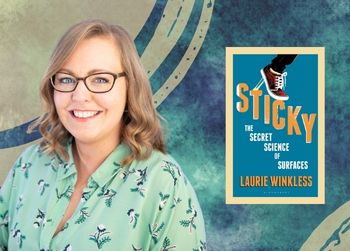 Laurie Winkless is a physicist and science writer. She has contributed to Forbes Magazine and worked with both the Royal Society and The Naked Scientists. She has a BSc in Physics with Astrophysics from Trinity College Dublin, has worked at NASA’s Kennedy Space Centre and has done some impressive mahi with the Materials Team at the National Physical Laboratory, focussing on thermoelectric energy harvesting!  She has also researched the use of nanomaterials in the space industry for the European Space Agency.

Her first book, Science, and the City: The Mechanics Behind the Metropolis, explains the science behind aspects of urban living, including skyscrapers and subways. She recently took some time out from her busy schedule to talk to us about her latest book, Sticky, which is an exploration of the amazing world of surface science.

Aspirin arts and entertainment review show on Radioactive FM. Below is the podcast of that interview for your enjoyment:

We are thrilled that Winkless took time out from her very busy schedule to talk to us about her new book, her career, and loads of other fascinating scientific topics. We wish to extend our heartfelt thanks to her.

And for more information on her new book Sticky, visit HERE.

Both of Laurie’s books are available to borrow from the library.

Sticky: The Secret Science Of Surfaces / Winkless, Laurie
“In Sticky, physicist Laurie Winkless brings the amazing world of surface science to the popular science market. Using her characteristic fun and relaxed tone, she introduces us to the glues, adhesives and textures that rule and improve stickiness to give plants and animals an advantage, as well as uncovering the physics behind our sense of touch.” (Adapted from Catalogue)

Science and the city : the mechanics behind the metropolis / Winkless, Laurie
“A window into the hidden science and engineering that are the backbone and lifeblood of the city, now and in the future.” (Adapted from Catalogue) 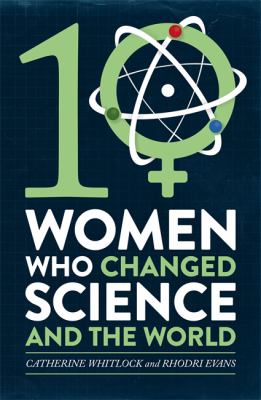 This month we bring amazing books in popular science. From Ten Women Who Changed Science to quantum physics, the importance of the Sun in our lives and even a book about how ancient foods feed our microbiome. Come with us in this amazing read!

Ten women who changed science, and the world / Whitlock, Catherine
Ten Women Who Changed Science tells the moving stories of the physicists, biologists, chemists, astronomers and doctors who helped to shape our world with their extraordinary breakthroughs and inventions, and outlines their remarkable achievements. (adapted from Amazon.co.uk)

Beyond weird : why everything you thought you knew about quantum physics is… different / Ball, Philip
“An exhilarating tour of the contemporary quantum landscape, Beyond Weird is a book about what quantum physics really means-and what it doesn’t.” (adapted from Catalogue)

Chasing the sun : how the science of sunlight shapes our bodies and minds / Geddes, Linda
“Our ancestors constructed vast monuments like Stonehenge and Pyramids of Egypt and Central America to keep track of the sun and celebrate the annual cycle of death and rebirth. The returning sun heralds new beginnings. This book asks us to rethink the significance of the sun in our lives and to exploit our relationship to improve our health, sleep and productivity.” (adapted from Catalogue)

The cosmic mystery tour : a high-speed journey through space & time / Mee, Nicholas
“How did the universe begin? What are gravitational waves all about? Will we find life on other planets? The Cosmic Mystery Tour is a brilliant, entertaining introduction to the discoveries of physics and astronomy. Stories, explanations, and illustrations open up the exciting frontiers of science to any beginner.” (adapted from Catalogue)

The cradle of humanity : how the changing landscape of Africa made us so smart / Maslin, Mark A.
“What drove the evolution of humans, with our uniquely big brains? The Cradle of Humanity presents fascinating and controversial new research which suggests that the geological and climatic history of East Africa’s Rift Valley are at the heart of the answer. Astronomy, geology, climate, and landscape all had a part to play in making East Africa the cradle of humanity and allowing us to dominate the planet.” (adapted from Catalogue)

Cultured : how ancient foods feed our microbiome / Courage, Katherine Harmon
“A revealing look at the 300 trillion microorganisms that keep us healthy–and the foods they need to thrive. These days, probiotic yogurt and other “gut-friendly” foods line supermarket shelves. But what’s the best way to feed our all-important microbiome–and what is a microbiome, anyway? In this engaging and eye-opening book, science journalist Katherine Harmon Courage investigates these questions, presenting a deep dive into the ancient food traditions and the latest research for maintaining a healthy gut.” (adapted from Catalogue)

Exact thinking in demented times : the Vienna Circle and the epic quest for the foundations of science / Sigmund, Karl
“Exact Thinking in Demented Times is the first book to tell the often outrageous, sometimes tragic but always riveting stories of the men who shaped present-day scientific thought. A dazzling group biography, this landmark book will make clear the debt we owe to those who dared to reinvent knowledge from the ground up. — from dust jacket.” (adapted from Catalogue)