Two books recount the influence of the Missionaries and the beginnings of the conversion of Māori to a Christian faith; there’s an overview of performing arts, and an account of interracial marriages.

The conversion of the Maori : years of religious and social change, 1814-1842 / Timothy Yates.“Timothy Yates recounts the history of missions among the Māori people of New Zealand in the mid-1800s. After describing the anthropological background of early Māori society, the book examines the first introduction of Christian mission by Samuel Marsden and the establishment of a Church Missionary Society base in 1814….Yates charts the significant changes in Māori society and religion over the course of nearly thirty years. After detailing the whole Māori conversion process, Yates ends the book with an extended treatment of conversion, both as a general phenomenon and in relation to the Māori.” (Back cover)

Bible & Treaty : missionaries among the Māori : a new perspective / Keith Newman.
“[The book] brings a fresh perspective to the missionary story, from the lead-up to Samuel Marsden’s first sermon on New Zealand soil, and the intervening struggle for survival and understanding, to the dramatic events that unfolded around the Treaty of Waitangi and the disillusionment that led to the Land Wars in the 1860s. While some missionaries clearly failed to live up to their high calling, the majority committed their lives to Maori and were instrumental in spreading Christianity, brokering peace between warring tribes, and promoting literacy – publishing, for instance, the first indigenous-language Bible in the Southern Hemisphere”. (Back cover) 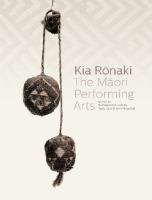 Favourite Māori legends / A.W. Reed ; revised by Ross Calman ; illustrated by Roger Hart.“Favourite Māori Legends is a classic collection of more than 30 Māori myths and legends handed down orally over many generations. They were retold by the great A. W. Reed when this book first appeared in 1965, and are here revised for a modern readership by editor and author Ross Calman.” (Back cover)

Waka taua : the Maori war canoe / Jeff Evans.This is a new edition of an introduction to the waka taua – where “Jeff Evans recounts the ancient history and modern renaissance of the war canoe, detailing techniques, captain and crew roles, paddling routines and instruction. Embellished with historical and contemporary photographs and drawings, Waka Taua is a valuable guide to this timeless expression of Māori identity and power” (Back cover)

The legal framework for burial and cremation in New Zealand : a first principles review.
“This issues paper undertakes a first-principles review of New Zealand’s Burial and Cremation Act 1964 and its interaction with related legislation, including the Health Act 1956, the Resource Management Act 1991, the Health (Burial) Regulations 1946 and the Cremation Regulations 1973. It discusses the diverse social and cultural responses to death in contemporary New Zealand society” (Publisher description)
p. 183. Tikanga Māori concerning care and custody of the body.
p. 184. Takamore v. Clarke 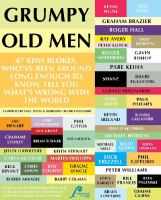 Grumpy old men : 47 Kiwi blokes, who’ve been around long enough to know, tell you what’s wrong with the world / compiled by Paul Little & Dorothy Dudek Vinicombe.
“Grumpiness is the older person’s natural state, motivated by alarm–albeit often bemused or amused alarm–at everything that is wrong with the world… We live in a country that discourages grumpiness. We prefer people not to complain or make waves or express ideas that may make things difficult for us.” (Introduction) Men involved include: Gavin Bishop, Dick Frizzell, Tau Henare, Pare Keiha and Buddy Mikaere.