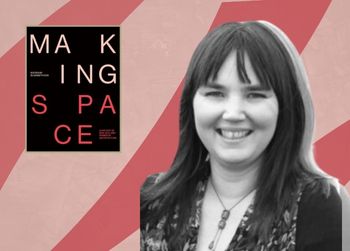 The hidden history of women and architecture in New Zealand is one that, until very recently, has been a story full of prejudice and bias. Pioneering women architects and women working in architecture in NZ were often undermined, overlooked and almost certainly underpaid.

However, the story of that history has now been brought vividly to life by Elizabeth Cox, senior historian at the Ministry for Culture and Heritage, who specialises in both women’s history and architectural matters.

The heavily illustrated and ground breaking Making Space: A history of women and architecture in New Zealand redresses that bias and covers these struggles of pioneering women architects of the past.

Elizabeth herself works as a senior historian at Manatū Taonga Ministry for Culture and Heritage, and also runs a consultancy business exploring the history of New Zealand’s heritage buildings. She has worked at both Heritage New Zealand Pouhere Taonga and the National Trust (UK), as well as being a trustee of the Futuna Chapel in Wellington.

So, when the opportunity to talk to Elizabeth about Making Space: A history of women and architecture in New Zealand arose we took it. We wish to extend our heartfelt thanks to Elizabeth for taking time out of her busy schedule and for such an insightful and informative interview.

This interview was done in conjunction with Caffeine and Aspirin, the arts and entertainment review show on Radioactive FM and was conducted by Tanya Ashcroft. You can hear the full interview, as well as find Elizabeth’s books available to borrow, below. 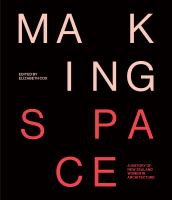 Making space : a history of new zealand women in architecture
“Brilliant, hardworking and creative, women architects have made many significant contributions to the built environment, creativity and community of Aotearoa New Zealand. This groundbreaking book spans over a century, telling the story of women making space for themselves in a male-dominated profession while designing architectural, landscape and urban spaces.” (Adapted from Catalogue)