Here are two beautifully illustrated volumes of art – one reveals an all-embracing Polynesian concept of atua with the underpinning spiritual world, the other describes the whakapapa of Ngāti Porou carvings.
On a different note – there’s a huge landscaping of the history of New Zealand women. 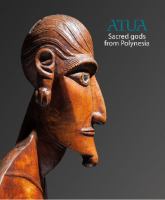 Atua : sacred gods from Polynesia / Michael Gunn.The Polynesian concept of atua — of gods, figurative objects and associated beliefs — developed over thousands of years and spread throughout the region… Across central and eastern Polynesia, from the Cook, Austral, Society and Marquesas islands, the Tuamotu Archipelago, Tahiti, Rapa Nui, the Hawaiian Islands and Aotearoa New Zealand, unique, yet coherent, societies developed. With that a complex and sustaining spiritual world came into being… Among the atua were the deified spirits of human ancestors, particularly those famous for their invincibility, political strength or navigation skill. Polynesians created, revered and communicated with their atua in a relationship of profound intimacy. This way of life suffered a violent rupture with the arrival of Christianity in the 18th century…. ” (Syndetics summary) 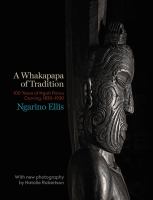 A whakapapa of tradition : 100 years of Ngāti Porou carving, 1830-1930 / Ngarino Ellis ; with new photography by Natalie Robertson.
“From the emergence of the chapel and the wharenui in the nineteenth century to the rejuvenation of carving by Apirana Ngata in the 1920s, Maori carving went through a rapid evolution from 1830 to 1930. Focusing on thirty meeting houses, Ngarino Ellis tells the story of Ngati Porou carving and a profound transformation in Maori art. Beginning around 1830, three previously dominant art traditions – waka taua (war canoes), pataka (decorated storehouses) and whare rangatira (chief’s houses) – declined and were replaced by whare karakia (churches), whare whakairo (decorated meeting houses) and wharekai (dining halls)… Iwirakau is credited for reinvigorating the art of carving in the Waiapu region. The six major carvers of his school went on to create more than thirty important meeting houses and other structures. During this transformational period, carvers and patrons re-negotiated key concepts such as tikanga (tradition), tapu (sacredness) and mana (power, authority) – embedding them within the new architectural forms whilst preserving rituals surrounding the creation and use of buildings… This book is both a major study of Ngati Porou carving and an attempt to make sense of Maori art history. ” (Syndetics summary)

Te matau a Māui : fishhooks, fishing and fisheries in New Zealand / Chris Paulin with Mark Fenwick.
“”Te Matau a Maui discusses the form and function of the traditional Maori fishhook, customary fishing, and development of commercial fishing in New Zealand since European settlement (including the adoption of the rotating hook design as a re-discovery of the innovative and highly effective Maori hook design by present day commercial long-line fisheries), and changes in Maori lifestyle associated with the increasing availability of European agricultural cultivars and domestic animals in the nineteenth century, and urbanisation in the twentieth century that led to a decline in Maori fishing activity and the loss of indigenous knowledge”–Publisher information.” (Syndetics summary)