Art now, and then: several new and fascinating surveys of the art world for the festive season:- 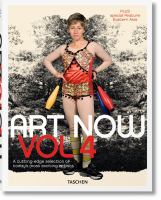 Art now. Vol. 4 / [edited by Hans Werner Holzwarth].
“Think of this tome as a global go-round of the world’s most influential galleries: if it’s hot in the art world today, it’s in this book. Emerging artists are featured alongside established greats like Chuck Close, David Hockney, or Brice Marden. A to Z entries on more than 100 artists include images of important recent work, an introductory text, and a short exhibition history with bibliographical information. The illustrated appendix collects contact details for the galleries representing the artists as well as auction results of the last few years” (adapted from Amazon.com)

A map of the world : according to illustrators & storytellers / edited by Antonis Antoniou, Robert Klanten, Sven Ehmann, and Hendrik Hellige.
“Maps help us understand the world. This book features the most original and sought-after map illustrators whose work is in line with the zeitgeist. Drawing a map means understanding our world a bit better. For centuries, we have used the tools of cartography to represent both our immediate surroundings and the world at large–and to convey them to others… A new generation of designers, illustrators, and mapmakers are currently discovering their passion for various forms of illustrative cartography. A Map of the World is a compelling collection of their work.” (adapted from Amazon.com) 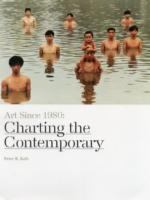 Art since 1980 : charting the contemporary / Peter R. Kalb.
“Charts the story of art in contemporary global culture while holding up a mirror to our society. With over 300 pictures of painting, photography, sculpture, installation, and performance and video art, we are led on an illuminating journey via the individuals and communities who have shaped art internationally” (Book jacket) 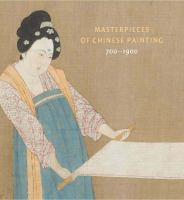 Masterpieces of Chinese painting, 700-1900 / edited by Zhang Hongzing ; with essays by Ling Lizhong … [et al.].
“Painting has always been regarded by the Chinese as a supreme art, equal to those of poetry and philosophy. But dating back over 2,500 years, many Chinese paintings were made to be viewed just for a few hours or weeks. As a result, the masterpieces of the form have been seen very rarely, and then only by a few. This spectacular book accompanies a major V&A [Victoria & Albert Museum, UK] exhibition that brings together some of the world’s greatest paintings on silk and paper—many of which will be displayed only for a short time. All the paintings are reproduced in full, together with enlarged details.” (adapted from Amazon.com)

Art cities of the future / 21st century avant-gardes / authors, Antawan I. Byrd, Suygu Demir, Hyun Jung [and nine others].
“The explosion of global biennials and art fairs has been cited by some as the instrumentalisation of the art world by the financial world. Others see it as a sign of the destabilization of Western dominance and the emergence of new art centers. This book takes the latter position, arguing for 12 new international sites-Beirut, Bogota, Cluj, Delhi, Istanbul, Johannesburg, Lagos, San Juan, Sao Paulo, Seoul, Singapore, and Vancouver. Another significant effect of this opening of art worlds is the rise to prominence of the curator as a key figure who both elucidates and organizes this new topography. This work brings together curators from the regions mentioned above, each of whom has a highly specialized background. Each title city is introduced with a brief description of the locale’s political and contemporary art history written by the curator. Eight artists (and collectives) represent the avant-garde of their cities, and all share a commitment to experimental art and to their local milieu…” (abridged from Syndetics summary)