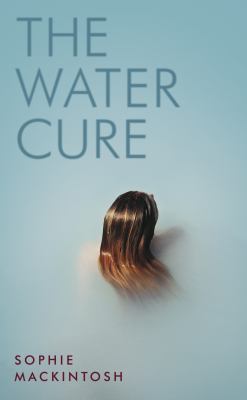 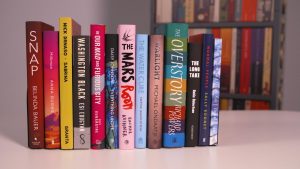 …and the longlist includes a graphic novel!

So polish your reading glasses people, or if you’re not occularly enhanced, get comfy and prepare to join the judges’ dilemma of who wrote it better. Or with the most finesse, or used the most raw material. In short, which of these will be the one to grab you?

There are some clear favourites amongst Wellington readers.  Warlight by Michael Ondaatje has been one of July’s most popular library lends.  Ondaatje recently received the Golden Man Booker for The English Patient.

The water cure / Mackintosh, Sophie
Imagine a world very close to our own: where women are not safe in their bodies, where desperate measures are required to raise a daughter. This is the story of Grace, Lia, and Sky kept apart from the world for their own good and taught the terrible things that every woman must learn about love. And it is the story of the men who come to find them – three strangers washed up by the sea, their gazes hungry and insistent, trailing desire and destruction in their wake.” (Catalogue)

Snap / Bauer, Belinda
“On a stifling summer’s day, eleven-year-old Jack and his two sisters sit in their broken-down car, waiting for their mother to come back and rescue them. Jack’s in charge, she’d said. I won’t be long. But she doesn’t come back. She never comes back. And life as the children know it is changed for ever. Three years later, Jack is still in charge – of his sisters, of supporting them all, of making sure nobody knows they’re alone in the house, and – quite suddenly – of finding out the truth about what happened to his mother… ” (Catalogue)

The overstory / Powers, Richard
“The Overstory unfolds in concentric rings of interlocking fables that range from antebellum New York to the late twentieth-century Timber Wars of the Pacific Northwest and beyond… There is a world alongside ours – vast, slow, interconnected, resourceful, magnificently inventive and almost invisible to us. This is the story of a handful of people who learn how to see that world and who are drawn up into its unfolding catastrophe.” (Adapted from Catalogue)

In our mad and furious city / Gunaratne, Guy
“For Selvon, Ardan and Yusuf, growing up under the towers of Stones Estate, summer means what it does anywhere: football, music, freedom. But now, after the killing of a British soldier, riots are spreading across the city, and nowhere is safe. While the fury swirls around them, Selvon and Ardan remain focused on their own obsessions, girls and grime. Their friend Yusuf is caught up in a different tide, a wave of radicalism surging through his local mosque, threatening to carry his troubled brother, Irfan, with it. Provocative, raw, poetic yet tender, In our mad and furious city marks the arrival of a major new talent in fiction.” (Catalogue) 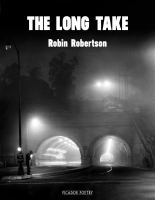 The long take : or, a way to lose more slowly / Robertson, Robin
“Walker, a young Canadian recently demobilised after war and his active service in the Normandy landings and subsequent European operations. Suffering from post-traumatic stress disorder, and unable to face a return to his family home in rural Nova Scotia, he goes in search of freedom, change, anonymity and repair. We follow Walker through a sequence of poems as he moves through post-war American cities of New York, Los Angles and San Francisco.” (Syndetics summary)
You can find this title in the Wellington City Libraries poetry collection. 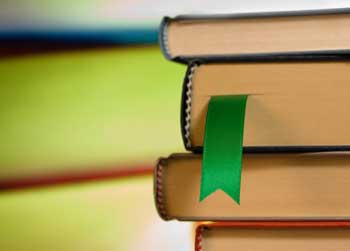 The award winning short story writer George Saunders has now become an award winning novelist, with his debut novel titled Lincoln in the Bardo being awarded the 2017 Man Booker Prize. The Texan born Saunders originally trained as a geophysicist. His first of six collections of short stories was published in 1996, titled CivilWarLand in bad decline. He won the 2014 Folio Prize for the collection Tenth of December: stories.

The shortlist for the 2017 Man Booker Prize has recently been announced. Six novels from the long list of thirteen have been chosen by the panel of judges. Two American authors, Paul Auster and George Saunders, are included in the selection, along with two previously shortlisted authors, Pakistani Mohsin Hamid and Scottish Ali Smith. Two debut British authors complete the list. The winner of the £50,000 award will be announced on 17th October 2017 in London.

The judging panel for the 2017 Man Booker Prize have chosen 13 novels from the 144 submitted for this year’ longlist. The longlist includes four American authors, Paul Auster, George Saunders, Colson Whitehead, and debut novelist Emily Fridlund. One other debut novelist is Fiona Mozley from the United Kingdom.
Four of the longlisted authors have previously been shortlisted for this prize, but have never won; they are Sebastian Barry, Mohsin Hamid, Ali Smith and Zadie Smith.
The shortlist of six novels will be announced in September, with the winner of the £50,000 announced in October.

The 2016 Man Booker prize had been won by American author Paul Beatty with his novel titled The Sellout, a scathing satirical novel about racial politics in America. This is the first time an America has won this prestigious prize in the prize’s 48 year history.
Born in 1962, Paul Beatty lives in New York and has had two works of poetry and three other novels published, with The Sellout being awarded 2016 National Book Critics Circle Award for fiction.

From 155 submissions, to a long list of 13 titles, the 2016 Man Booker Prize panel of judges has selected six novels for the short list. There are two American writers competing with two Canadian, along with one from England and one from Scotland for the prize of £50,000 that will be announced in London on 25th October 2016.

The longlist for this year’s Man Booker Prize has recently been announced. The panel of five judges that included Amanda Foreman and Abdulrazak Gurnah have selected thirteen novels, comprising of five from United States, and two from Canada. J. M Coetzee, from South Africa/Australia makes up the number with four from the United Kingdom.
The short list of six books will be announced on 13th September, with the winner announced on 25th October.

The prolific British author Anita Brookner has died aged 87. She was a much acclaimed art historian, becoming the first female Professor of Fine Art at the University of Cambridge and began her writing career with several academic works, and retired in 1988 after being Reader at the Courtauld Institute of Art since 1977. Her first novel was published in 1981, titled, A Start in Life, and this began a prolific career as a novelist with 24 novels published, the last being titled Strangers, published in 2009. In 1984 her novel titled, Hotel du lac was awarded the Man Booker Prize; this was adapted to film in 1986.

This year’s Man Booker Prize winner is Marlon James, a 44 year old Jamaican writer, for his novel titled A Brief History of Seven Killings. He has had two previously novels published, he has a Master’s Degree in Creative Writing, and teaches English and Creative Writing where he lives in Minneapolis.
A Brief History of Seven Killings, set in Jamaica, explores the attempted assassinations of Bob Marley in the late seventies. Marlon James receives £50,000 as the 2015 Man Booker Prize winner.
This winning novel is also available to download from Wellington City Libraries eLibrary.

The Shortlist for this year’s Man Booker Prize has recently been announced with six novels selected from the 13 longlisted in July. With a very international representation, there are two authors, Tom McCarthy and Sunjeev Sahota from Britain, two from America, Anne Tyler and Hanya Yanaguhara, along with Marlon James from Jamaica and Chigozie Obioma from Nigeria.
The winner of the £50,000 prize will be announced in London on the 13th October 2015.