The Man Booker International Prize recognises material that has been crafted in concert by both an author and translator, and the importance of their relationship in shaping the language and understanding of the story. This year the Man Booker International Prize went to Omani writer Jokha Alharth and translator Marilyn Booth for Celestial Bodies, the first time an Arabic writer has been awarded the 14-year-old prize.

Also on the shortlist: Guzel Yakhina’s Zuleikha, a fictionalized account of the author’s grandmother and her expulsion to Siberia as part of Stalin’s forced de-kulakization program of the 1930s. Conflict and close proximity of your enemies is addressed in Homeland while in Death is Hard Work Khalid Kahlifa looks at the division within a family as a deathbed wish places siblings on a dangerous road.

For access to the shortlisted titles (as well as a few bonus works!) simply click on the items below: 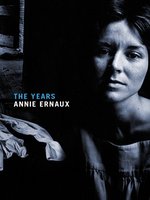 The Years / Annie Ernaux (ebook)
“The Years is both an intimate memoir “written” by entire generations, and a story of generations telling a very personal story. Like the generation before hers, the narrator eschews the “I” for the “we” (or “they”, or “one”) as if collective life were inextricably intertwined with a private life that in her parents’ generation ceased to exist.” (Adapted from the Overdrive description.)

The shape of the ruins / Vásquez, Juan Gabriel
“When a man is arrested at a museum for attempting to steal the bullet-ridden suit of a murdered Colombian politician, few notice. But soon this thwarted theft takes on greater meaning as it becomes a thread in a widening web of popular fixations with conspiracy theories, assassinations, and historical secrets; and it haunts those who feel that only they know the real truth behind these killings.” (Adapted from the catalogue.)

The pine islands / Poschmann, Marion
“When Gilbert Silvester, a journeyman lecturer on beard fashions in film, awakes one day from a dream that his wife has cheated on him, he flees–immediately, irrationally, inexplicably–for Japan. In Tokyo he discovers the travel writings of the great Japanese poet Basho. Suddenly, from Gilbert’s directionless crisis there emerges a purpose: a pilgrimage in the footsteps of the poet to see the moon rise over the pine islands of Matsushima.” (Adapted from the catalogue.)

Homeland / Aramburu, Fernando
“Miren and Bittori have been best friends all their lives, growing up in the same small town in the north of Spain. With limited interest in politics, the terrorist threat posed by ETA seems to affect them little. When Bittori’s husband starts receiving threatening letters from the violent group, however–demanding money, accusing him of being a police informant–she turns to her friend for help. But Miren’s loyalties are torn: her son Joxe Mari has just been recruited . . .” (Adapted from the catalogue.)

The old slave and the mastiff / Chamoiseau, Patrick
“In the darkness, an old man grapples with the spirits of all those who have gone before him; the knowledge that the past is always with us, and the injustice that can cry out from beyond the grave. From a writer hailed by Milan Kundera as the “heir of Joyce and Kafka,” The Old Slave and the Mastiff portrays the demonic cruelties of the slave trade and its human costs–a wise, loving tribute to the Creole culture of Martinique.” (Adapted from the catalogue.)

Death is hard work / Khalīfah, Khālid (print) (eBook)
“Abdel Latif, an old man, dies peacefully in a hospital bed in Damascus. Before he dies, he tells his youngest son Bolbol that his final wish is to be buried in the family plot in their ancestral village of Anabiya in the Aleppo region. Though Abdel Latif was not the ideal father, Bolbol decides to persuade his older brother Hussein and his sister Fatima to accompany him and their father’s body to Anabiya. But the country is a warzone . . .” (Adapted from the catalogue.)

Zuleikha / I︠A︡khina, Guzelʹ
“Soviet Russia, 1930. Zuleikha, the “pitiful hen,” lives with her brutal husband Murtaza and her mother-in-law. When Murtaza is executed by communist soldiers, she is sent into exile to a remote region on the Angara River in Siberia. Hundreds die of hunger and exhaustion on the journey and over the first difficult winter, yet exile is the making of Zuleikha. As she gets to know her fellow survivors, Zuleikha begins to build a new life far removed from the one she left behind.” (Adapted from the catalogue.)