A Green Carnation winner, an exploration of gender, a few romances from popular authors plus a fantastic anthology from well-known Scottish writers – here’s a selection of new LGBT eBooks to keep you entertained in March. 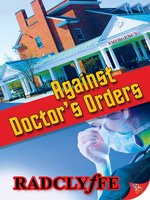 Against Doctor’s Orders / Radclyffe
From fan-favourite writer/publisher Radclyffe, a new romance, : “There’d been a Rivers at the helm of Argyle Community Hospital for six generations, and Harper Rivers was set to take her father’s place whenever he decided to hang up his shingle. Unfortunately, the board of directors had other ideas—they accepted a buyout offer from a health care conglomerate with plans to close the hospital’s doors to the community that depended on it. And Presley Worth, a high-powered corporate financier, came to town to oversee the closure. Funny thing was, no one asked Harper, and she had no intentions of following anyone’s orders but her own—no matter how beautiful, smart, or commanding the new boss might be. ” (Overdrive description) 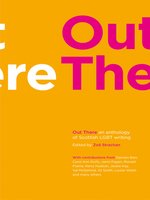 Out There / edited by Zoe Strachan
“In the year that Scotland votes on independence from the rest of the UK, Freight Books brings a new and definitive anthology of poetry and prose writing from Scotland’s leading and emerging LGBT writers, including the likes of Ali Smith, Louise Welsh, Kerry Hudson, Jackie Kay, Ronald Frame, Toni Davidson, Val McDermid, Damian Barr and many others. The writing will be as provocative, thoughtful, moving and as fully-charged with energy as one would expect from the country’s celebrated community of LGBT artists. Edited by award-winning novelist Zoe Strachan. ” (Overdrive description) 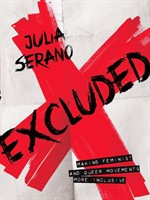 Excluded, / Julie Serano
“As a trans woman, bisexual, and femme activist, Julia Serano has spent much of the last ten years challenging various forms of exclusion within feminist and queer/LGBTQ movements. In Excluded, she chronicles many of these instances of exclusion and argues that marginalizing others often stems from a handful of assumptions that are routinely made about gender and sexuality. These false assumptions infect theories, activism, organizations, and communities—and worse, they enable people to vigorously protest certain forms of sexism while simultaneously ignoring and even perpetuating others. Serano advocates for a new approach to fighting sexism that avoids these pitfalls and offers new ways of thinking about gender, sexuality, and sexism that foster inclusivity rather than exclusivity.” (Overdrive description) 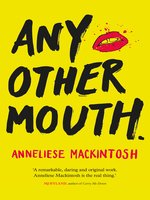 Any Other Mouth / Annaliese Mackintosh
(2014 Green Carnation Winner) “A viciously funny and heart-breaking collection of semi-autobiographical short stories from of one the UK’s most exciting new voices. ‘Any Other Mouth’ is a gut-wrenching and shockingly frank account of sexual misadventure, familial disintegration, bereavement and self-discovery, in the vein of David Vann’s ‘Legend of a Suicide’, Susanna Kaysen’s ‘Girl, Interrupted’, and Miranda July’s ‘Nobody Belongs Here More Than You’. In this highly personal work, Anneliese Mackintosh has taken the most intense episodes of her life so far, and reimagined them in these profound, playful and poignant tales. ” (Overdrive description) 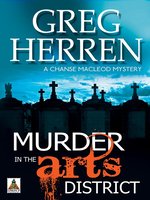 Murder in the Arts District, / Greg Herren (eBook)
Popular gay romance writer Herren is back with his latest book: “When neither the cops nor their insurance company believes a wealthy gay couple’s valuable art collection was stolen, they hire Chanse MacLeod to track down the thieves and the missing art. Chanse isn’t entirely sure he believes the couple, either—especially when it turns out some of the art may have been forgeries. The trail of the art leads him to a new gallery on Julia Street in the Arts District opened by a couple new to town that seem to have no past. When one of them turns up dead and the other vanishes, it’s now up to Chanse to find not only the missing art, but a ruthless murderer who will kill anyone who gets in the way. ” (Overdrive description) 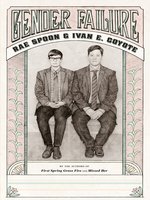 Gender Failure, (eBook)
“Ivan E. Coyote and Rae Spoon are accomplished, award-winning writers, musicians, and performers; they are also both admitted “gender failures.” In their first collaborative book, Ivan and Rae explore and expose their failed attempts at fitting into the gender binary, and how ultimately our expectations and assumptions around traditional gender roles fail us all. Based on their acclaimed 2012 live show that toured across the United States and in Europe, Gender Failure is a poignant collection of autobiographical essays, lyrics, and images documenting Ivan and Rae’s personal journeys from gender failure to gender enlightenment. Equal parts hilarious and heartbreaking, it’s a book that will touch LGBTQ readers and others, revealing, with candor and insight, that gender comes in more than two sizes.” (Overdrive description) 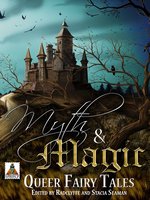 Myth and Magic, Queer Folktales / edited by Radclyffe and Stacia Seaman (eBook)
“Myth, magic, and monsters—the stuff of childhood dreams (or nightmares) and adult fantasies. Delve into these classic fairy tales retold with a queer twist and surrender to the world of seductive spells and dark temptations.” (Overdrive description) 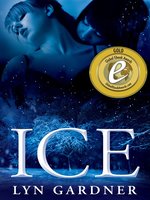 Ice / Lyn Gardner
A romance with a difference, with two British police detectives fighting against the odds: “Ice begins when a boy is kidnapped from a London park and Detective Inspectors Alex Blake and Maggie Campbell are brought together to work on the case. While their goal is the same, their work ethics are not. Intelligent, perceptive and at times disobedient, Alex Blake does what she believes it takes to do her job. Maggie Campbell has a slightly different approach. She believes that rule books were written for a reason.Unexpectedly, their dynamics mesh, but when her feelings for Alex become stronger than she wants to admit, Maggie provokes the worst in Alex to ensure that they will never be partners again.Three years later, fate brings them together again. ..” (adapted from the Overdrive description) 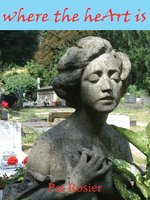 Where the HeArt is / Pat Rosier,
This is Pat Rosier’s last book, published before her death in June 2014. Hard to obtain in print, we are thrilled to make it available as an eBook.
“It was her mother’s idea that forty-year-old Ann should go traveling. Ann’s partner has walked out and she’s been made redundant from a university job she enjoys, teaching the Romantic poets…Travel will give her a break from well-meaning advice and a chance to think about future directions for her fractured life. …A decidedly non-familial encounter with a dynamic librarian in London and an impetuous mistake in Paris mean that Ann returns to New Zealand and her future both shaken and stirred.” (adapted from the Overdrive description)