Exploration, heritage and kōrero nehe – these are topics amongst the new books for He Kohikohinga Māori, Mahuru, 2017.

Launching Marsden’s mission : the beginnings of the Church Missionary Society in New Zealand, viewed from New South Wales / eds. Peter G. Bolt & David B. Pettett.
“In 1794 the Rev Samuel Marsden became the second Chaplain to the Colony of New South Wales. Both Marsden and the first Chaplain, the Rev Richard Johnson, came to the Colony under the sponsorship of the Church of England Evangelicals. They had high hopes that New South Wales would be the base from which the ‘everlasting gospel’ would sound forth to achieve the salvation of the ‘poor benighted heathens’ of the South Seas. To this end Marsden began the mission to New Zealand on Christmas Day, 1814… This book is a celebration of that mission and Marsden’s preparations for it.” (Syndetics summary)

Tears of Rangi : experiments across worlds / Anne Salmond.
“Six centuries ago Polynesian explorers, who inhabited a cosmos in which islands sailed across the sea and stars across the sky, arrived in Aotearoa New Zealand where they rapidly adapted to new plants, animals, landscapes and climatic conditions. In this, her most ambitious book to date, Dame Anne Salmond looks at New Zealand as a site of cosmo-diversity, a place where multiple worlds engage and collide. Like our ancestors, Anne Salmond suggests, we too may have a chance to experiment across worlds.” (Syndetics summary)

Tuai : a traveller in two worlds / Alison Jones & Kuni Kaa Jenkins.
“A thrilling biographical narrative of a young Bay of Islands leader who grew up in the Māori world of the early nineteenth century – and crossed the globe to encounter England in the midst of the industrial revolution. This is a story about the Māori discovery of England. These voyages between worlds represented risk and opportunity: Tuai chose opportunity, and the rest is history.” (Back cover)

Truth and beauty : verse biography in Canada, Australia and New Zealand / edited by Anna Jackson, Helen Rickerby, and Angelina Sbroma.
“Truth and Beauty turns critical attention to an exciting genre that lies at the intersection of biography and poetry, narrative and lyric, history and the confessional. With essays on influential verse biographers Margaret Atwood, Dorothy Porter, Michael Ondaatje, Jennifer Maiden and Anne Carson along with newer practitioners including Chris Orsman, Jordie Albiston, Robert Sullivan, Tusiata Avia and Amy Brown, this collection looks at the inevitable tensions that arise between historical fact and the work of imagination – and the competing and complementary claims of truth and beauty.” (Syndetics summary)

History, heritage, and colonialism : historical consciousness, Britishness, and cultural identity in New Zealand, 1870-1940 / Kynan Gentry.
“History, heritage and colonialism offers an internationally relevant examination of the nexus between empire and colonial identity, by exploring the politics of history-making and interest in preserving the material remnants of the past in late nineteenth and early twentieth century colonial society… Offering important insights for societies negotiating the legacy of a colonial past in a global present, this book will be of particular value to all those concerned with museum, heritage, and tourism studies, and imperial history, at undergraduate and postgraduate level, as well as among scholars in these fields. It will also be of interest to a wider public interested in heritage and the history of museums.” (Syndetics summary)

He reo wāhine : Māori women’s voices from the nineteenth century / Lachy Paterson and Angela Wanhalla.
“During the nineteenth century, Maori women produced letters and memoirs, wrote off to newspapers and commissioners, appeared before commissions of enquiry, gave evidence in court cases, and went to the Native Land Court to assert their rights. He Reo Wahine is a bold new introduction to the experience of Maori women in colonial New Zealand through Maori women’s own words.” (Syndetics summary)

Animism : respecting the living world / Graham Harvey.
“Animism’ is now an important term for describing ways in which some people understand and engage respectfully with the larger-than-human world. Its central theme is our relationship with our other-than-human neighbours, such as animals, plants, rocks, and kettles, rooted in the understanding that the term ‘person’ includes more than humans. Graham Harvey explores the animist cultures of Native Americans, Maori, Aboriginal Australians and eco-Pagans, introducing their diversity and considering the linguistic, performative, ecological and activist implications of these different animisms.” (Syndetics summary)

Māori at home : an everyday guide to learning the Māori language / Scotty and Stacey Morrison.
“An introduction to the Maori language… covers the basics of life in and around a typical Kiwi household- whether you’re practising sport, getting ready for school, celebrating a birthday, preparing a shopping list or relaxing at the beach, Maori at home gives you the words and phrases – and confidence – you need.” (Syndetics summary) 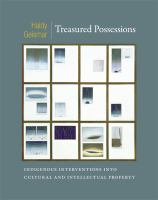