The winners of the 2012 Eisner Awards have been announced. These annual awards are given for 49 categories, from Best Writer to Best Publication Design, and include Best Webcomic, Best Cover Artist and Best New series. The Eisner Awards were established in 1988, and are named after the late writer and artist Will Eisner. 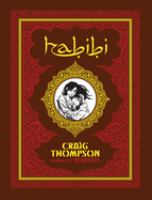 The American science fiction writer Harry Harrison has died aged 87. A prolific writer, he began his literary career writing for American comics and Science Fiction Magazines. His first novel Deathworld was published in 1960, 58 novels were to follow, also 9 collections of short stories, plus novellas, and non-fiction works. He edited numerous Science Fiction anthologies, many with fellow writer Brian Aldiss. His most well know novels were, The Stainless Steel Rat, Bill, the Galactic Hero and Deathworld, all series. All these novels are satirical and witty. Harry Harrison, was a dedicated advocate for the international language Esperanto, and includes some in his early novels. His last novel titled, The Stainless Steel Rat Returns was published in 2010.

The 2012 New Zealand Post Book Awards winners have been announced.

The winner of the Fiction Category Award and $10,000 went to Paula Morris for her novel Rangatira, a brilliantly researched novel based on her own ancestor Paratene Te Manu’s visit to England in 1863. Paula Morris is a much accomplished writer; her work includes three other adult novels, two young adult novels and a collection of short stories.

New Zealand’s native trees / John Dawson & Rob Lucas with Jane Connor ; contributions by Patrick Brownsey … [et al.].
“New Zealand’s native trees are truly remarkable. From the massive kauri-the third-largest tree in the world-the showy pohutukawa and rata, and the ubiquitous cabbage tree to rare and endangered species found only on offshore islands, our glorious and diverse trees deserve to be recognised, understood and celebrated. New Zealand’s Native Trees is a landmark book that describes and generously illustrates more than 250 species. Beginning with the magnificent conifers and iconic tree ferns, and giving full treatment to the numerous flowering species, including the distinctive southern beeches, the often-overlooked coprosmas and the curious tree daisies, this book is no once-over-lightly.” (Global Books)

Tupaia : the remarkable story of Captain Cook’s Polynesian navigator / Joan Druett.
“Tupaia, lauded by Europeans as ‘an extraordinary genius’, sailed with Captain Cook from Tahiti, piloted the Endeavour about the South Pacific, and interceded with Maori in NZ. Tupaia, a gifted linguist, a brilliant orator, and a most devious politician, could aptly be called the Machiavelli of Tahiti. Being highly skilled in astronomy, navigation, and meteorology, and an expert in the geography of the Pacific, he was able to name directional stars and predict landfalls and weather throughout the voyage from Tahiti to Java. Though he had no previous knowledge of writing or mapmaking, Tupaia drew a chart of the Pacific that encompassed every major group in Polynesia and extended more than 4,000 kilometres from the Marquesas to Rotuma and Fiji. He was also the ship’s translator, able to communicate with all the Polynesian people they met.” (Global Books)

Gore Vidal, the American writer has died aged 86 years. A prolific writer, social and political commentator, he published his first novel titled Williwaw in 1946. Twenty-four novels followed, these included a series of American historical fiction. He was also an accomplished journalist, screenwriter and playwright, but was best known for his numerous essays. His last published fiction was a collection of short stories titled Clouds and Eclipses; this was a republication of a 1956 collection titled A Thirsty Evil, with one new story added.

The winner of one of the major annual literary prizes, the International I.M.P.A.C. Dublin Literary Award for 2012, was announced recently. It was awarded to British author Jon McGregor for his novel, Even the Dogs.

An experimental novel detailing the havoc of drug addiction, the distress and the disregard of the wider world this causes, it was selected from a shortlist of ten novels. Libraries around the world nominate the contenders for the award, with the winner being nominated by Margarita Rudomino All-Russia State Library for Foreign Literature, Moscow.
Even the Dogs is Jon McGregor’s third novel, his first, If Nobody Speaks of Remarkable Things, published in 2002, was nominated for the Mann Booker Prize, and went on to win The Betty Trask Prize and the Somerset Maugham award.

The Trouble With Fire was reviewed last year on National Radio — have a listen below!

The Trouble With Fire has also been shortlisted for the prestigious Frank O’Connor International Short Story Award (in 2012). 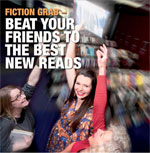 Dame Fiona is appearing as part of our Fiction Grab event — and as well as a wonderful talk to look forward to, if you come along to this event you’ll also have the opportunity to snap up a selection of brand new fiction before it makes its way out to our shelves, as well as a chance to take a tour behind the scenes of the library. Light refreshments will be provided.

Registration is essential for this event — places are limited — so head over to our Registration Form and sign up now!

Listed below you’ll find all the subject headings/fiction genres we add — and we’ve also listed an example of an author for each one. Enjoy!

The American science fiction, fantasy, horror and mystery writer, Ray Bradbury has died aged 91. He was born in Illinois in 1921. His first major works, The Martian Chronicles, were published in the 1950s. He continued his distinguished writing career, with another 26 published novels, and over 600 short stories. He also wrote for television, with some of his stories being adapted for programmes such as The Twilight Zone and Alfred Hitchcock Presents. His best known novels were also adapted to film. Fahrenheit 451 (published in 1954) was adapted to film in 1966, The Illustrated Man, three short stories, was adapted in 1969, and the horror novel, Something Wicked This Way Comes (published in 1969) was released as a movie in 1983.

American writer Madeline Miller has won the Orange Prize for Fiction 2012 with her novel, The Song of Achilles.Taking her ten years to write, this is a retelling of the Iliad and events leading up to it through the point of view of Patroclus, who becomes the much loved friend of Achilles, whom he accompanies to war in Troy. This — her debut novel — has earned Madeline Miller the prize of £30,000 and was chosen by the judges from a shortlist of five other novels. This will be the last year of the Orange Prize as sponsorship by the Orange group has ceased. Being a prize for only female writers, it is hoped sponsorship will be taken up by another international corporation.

RWNZ Conference fees (Friday Workshop and Weekend Conference, including cocktail party). If the winner is not currently a member of RWNZ, their prize will include a one-year membership subscription, since only members can attend the Weekend Conference. Value = $420 ($470 for non-members) PLUS $150 contribution toward expenses.
Who can enter: Any New Zealand-based writer of romantic fiction (published or unpublished).
Full information can be found at Romance Writers of New Zealand.