A new look at old favourites from the “golden” era to Goncharova:

Dürer / Norbert Wolf.
“Drawing on the latest research, this luxurious volume presents an exciting new interpretation of Durer, both as a man and as an artist.
Durer’s prints and drawings inspired centuries of artists both during his life and after his death. Yet his talent as a painter and colourist, and his enthusiasm for the scientific world have not been widely appreciated. Durer’s influence was both international and intergenerational; indeed Picasso claimed to have been inspired by the sixteenth-century artist. Reproduced in stunning detail and including illustrations of Durer’s most famous prints and drawings, a catalogue raisonne of his paintings, and biographical research, this book presents a Durer for the twenty-first century.” (Amazon.com description) 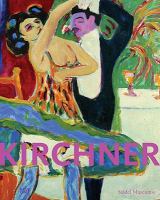 Ernst Ludwig Kirchner : retrospective [published in conjunction with the exhibition “Ernst Ludwig Kirchner: Retrospective”, Städel Museum, Frankfurt am Main, April 23 to July 25, 2010 / edited by Felix Krämer].
“Ernst Ludwig Kirchner painted city life as a joyous, bustling pageant, a sophisticated swirl of desiring bodies and colorful urbanity, giving Germany an energetic iconography for the glory days of modernity. One of the four founders of Die Brucke (The Bridge), Kirchner drew on German Renaissance art to conjure expressive exaggerations of face and posture, and brought to landscape painting a city-dweller’s zest, imbuing tranquil scenery with riotous energy. Coinciding with a Kirchner retrospective at the Stadel Museum–the first to be seen in Germany in 30 years–this massive volume surveys the artist’s several creative phases and genres. … With essays by renowned art historians, this definitive monograph offers fresh perspective on the continued relevance of Kirchner.
(Amazon.com description)

Egon Schiele : self-portraits and portraits / edited by Agnes Husslein-Arco and Jane Kallir.
“This fascinating new book explores how Egon Schiele reinvented the art of portraiture, brilliantly capturing the inner lives of his numerous subjects including himself. This book traces Schiele’s development as a portraitist through four principal chronological phases, from 1906 to 1918. Starting with the artist’s rigorous training at the Vienna Academy, it chronicles Schiele’s eventual break with academia and the emergence of his Expressionistic style… This volume also offers a close examination of Schiele’s self-portraits and his relationship with Gustav Klimt, Schiele’s gestic language in the context of contemporaneous photography and the silent film, as well as brief biographies of Schiele’s subjects and transcriptions of illuminating letters pertaining to his life and work.” (Amazon.com description) 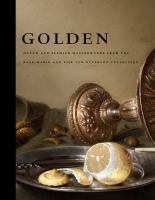 Golden : Dutch and Flemish Masterworks from the Rose-Marie and Eijk Van Otterloo Collection / Frederik J. Duparc with Femke Diercks, Reinier Baarsen, and Loek Van Aalst.
“The van Otterloos’ personal assemblage of art represents two decades of astute collecting. Items represented are from the Dutch/Flemish golden age of the 17th century, created during a time of “rapidly changing opportunity and rich circumstances.” The collectors have a great eye and were assisted by Simon Levie, former director of the Rijksmuseum (Amsterdam), as well as Duparc, former director of the Mauritshuis (The Hague). The van Otterloos’ passion and Levie’s skill are evident in this collection of portraits, history paintings, landscapes, genre scenes, still lifes, and furniture from more than 60 artists. Each work has a meticulous listing of provenance, exhibitions, and literature so you can research whether or not you’ve seen it displayed (the owners frequently lend to museums).” (Library Journal) 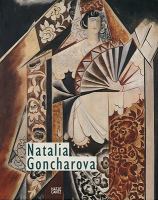 Natalia Goncharova : between Russian tradition and European modernism / edited by Beate Kemfert with Alla Chilova ; with texts by Evgenia Iluchina … [et al.].
“One of the original “amazons of the Russian avant garde,” Natalia Goncharova (1881-1962) bequeathed a rich and complex body of work to a culture that has only recently begun to recognize it. Like her contemporary Kazimir Malevich, Goncharova drew inspiration from the folklore and art of her country, producing in her early years very colorful and strongly ornamental paintings, as well as religious works influenced by the Russian icon tradition. In the 1910s, Goncharova began experimenting with Cubism, becoming one of the earliest exponents of modern art in Moscow; in 1917, she settled permanently in Paris, where she designed costumes and sets for Sergei Diaghilev’s Ballets Russes. This publication, the first to provide a full overview of Goncharova’s career (including her later, less documented years in Paris) illuminates the trajectory of Goncharova’s career, restoring her work to its former prominence.” (Syndetics summary) 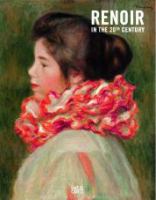 Renoir in the 20th century / with essays by Roger Benjamin … [et al.] ; [managing editor, Claudia Einecke].
“Here at last is a publication devoted to the glorious final three decades of Pierre-Auguste Renoir-the decades in which the painter turned away from Impressionism and toward a more decorative approach informed by his own idiosyncratic interpretation of art history. During this period, Renoir was initially looking at painters such as Rubens, Titian and Raphael, and dedicating himself to cheery subjects such as bathers, domestic idylls and landscapes that were influenced by both classical mythology and by his relocation to the South of France. … in this book, which accompanies a major touring exhibition organized by the Reunion des Musees Nationaux, the Musee d’Orsay and the Los Angeles County Museum of Art in collaboration with the Philadelphia Museum of Art, it is possible to see clearly the influence that Renoir had on younger artists such as Bonnard, Matisse and Picasso, as well as how they received and studied his work.” (Amazon.com description)