Do you know where Kororāreka is? This week in history has the answer. Each week we feature topics that make up the This Week in History display in the NZ Collection. In this blog we also suggest other collections and resources that can be accessed via the internet or at the Central Library to find out more about each topic. As usual this week’s selected topic comes from the Today in History page at nzhistory.net.nz.

11 March 1845 The fall of Kororāreka.
Kororāreka, also known as Russell, and situated in the Bay of Islands, was a major trading centre and the fifth largest town in New Zealand. The township witnessed many significant historical events. Many of these events featured the Māori chief Hone Heke who, famously and dramatically expressed his dissatisfaction with the effects of European colonisation by chopping down the flagstaff on the hill above Kororāreka a number of times. 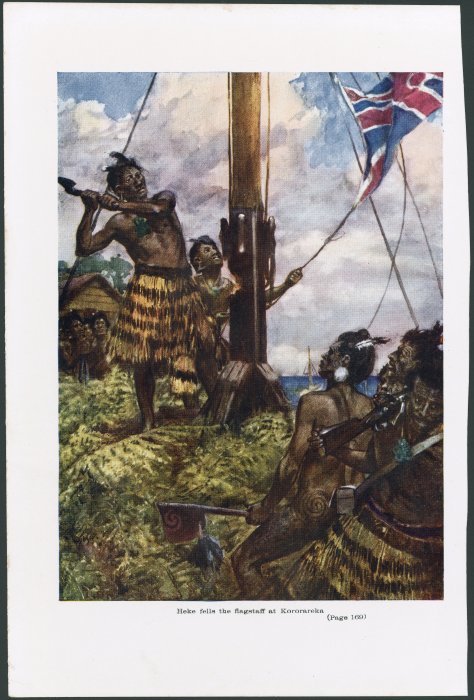 Early on the morning of 11 March 1845 a Māori force attacked Kororāreka. Hōne Heke and Kawiti were key figures in the attacking forces. (Biographical information has been linked from the Te Ara Encyclopedia of New Zealand website.) 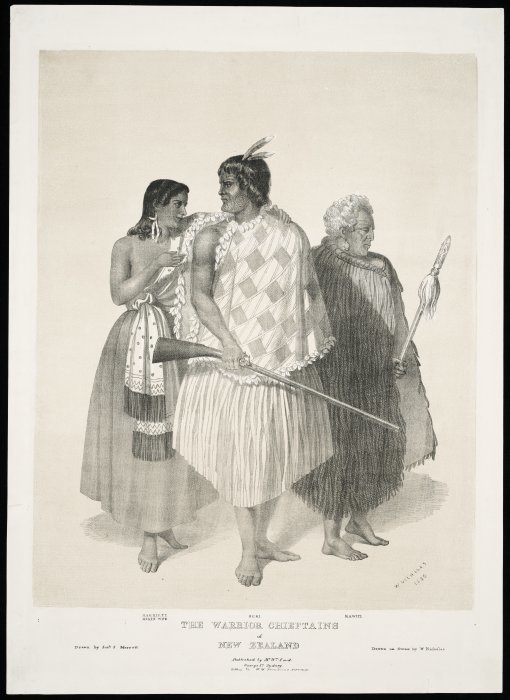 Their opponents included another Ngāpuhi leader, Tāmati Wāka Nene. There were a number of motives behind the battle. Heke wanted the Māori-language version of the Treaty of Waitangi to be honoured, Māori independence preserved and more authority from increasing government interference. Heke did not want settlers harmed and most of the townspeople were evacuated to the ships anchored in the harbour the Victoria and the Active to be safe from the battle. The British ships sailed for Auckland on 12 March, effectively surrendering Kororāreka to Heke and Kawiti.

Here are some of the books about Kororāreka and people that made history there that can be found in ‘The New Zealand Collection’ at Central Library.

Hell-hole of the Pacific / Richard Wolfe.
“No settlement in New Zealand can claim a past as colourful and chequered as that of Kororareka, in the Bay of Islands, later to become Russell. In the 1830s it was such a wild place that it earned the name ‘hell-hole of the Pacific’. Whalers, sealers, escaped convicts, seamen, and adventurers descended on the little Maori village. Drunkenness, debauchery, grog shops, and the oldest profession proliferated. It rivaled similar settlements around the Pacific, such as Sydney, San Francisco, and Hawaii. Richard Wolfe’s new book reminds us that early periods of European settlement were often a torrid and eventful time. Includes a photo insert and maps of the area.” (Syndetics summary) 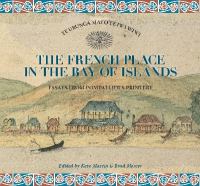 The French place in the Bay of Islands : essays from Pompallier’s printery = Te urunga mai o te iwi Wīwī / edited by Kate Martin & Brad Mercer.
“The stunning new book The French Place in the Bay of Islands presents very human stories of conflict, ambition, struggle, success and failure, shedding new light on Maori-Pakeha relations at the time of Treaty-making at Waitangi and of the founding of the last nation in the world, New Zealand. These are stories centered on the enduring French and Catholic influence in the Bay of Islands, specifically the work of Bishop Pompallier and of the Marist missionaries whose South Seas headquarters and printery were then in Kororareka Russell. Kororareka’s sensational reputation as a “hellhole of vice” has long tended to mask another, more compelling narrative. Illustrating some of the commercial, religious and political rivalry amongst Maori hapu and between Western nations at the time, this book highlights that narrative and makes persuasive reading for all.” (Syndetics summary)

Hone Heke : Nga Puhi warrior / Paul Moon. Paul Moon’s latest biography is a captivating account of the life of the Ngā Puhi warrior chief Hone Heke. It is set against a background of political turmoil and ethnic tension, and at almost every turn, the reader will be surprised by the remarkable events and circumstances that engulfed New Zealand in the mid 1840’s. (Summary abridged from back cover)

Speeches that shaped New Zealand : 1814-1956 / Hugh Templeton, Ian Templeton & Josh Easby.
“”A collection of historically significant speeches by those who helped lead the development of New Zealand as a nation between 1814 and 1956″–Publisher’s information.” (Syndetics summary)

The meeting place : Māori and Pākehā encounters, 1642-1840 / Vincent O’Malley.
“An account focusing on the encounters between the Maori and Pakeha–or European settlers–and the process of mutual discovery from 1642 to around 1840, this New Zealand history book argues that both groups inhabited a middle ground in which neither could dictate the political, economic, or cultural rules of engagement. By looking at economic, religious, political, and sexual encounters, it offers a strikingly different picture to traditional accounts of imperial Pakeha power over a static, resistant Maori society. With fresh insights, this book examines why mostly beneficial interactions between these two cultures began to merge and the reasons for their subsequent demise after 1840.” (Syndetics summary)