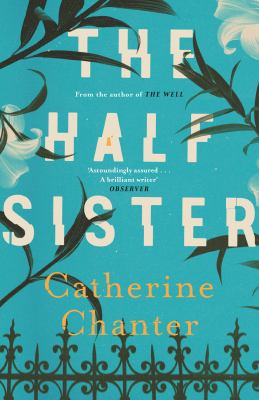 Home is supposed to be our safe space, our refuge. Modern thrillers take this idea and run with it in an unsettling direction. These titles will confront our notions of family as the storylines twist convention on it’s head.

Christopher Brookmyre’s sophisticated family thriller Fallen Angel reveals the flawed characters behind a perfect family, each with secrets that will shift the readers’ perspective as the novel unravels.  Family secrets drive the plot of The Half sister, Catherine Chanter. Psychologically intense, this gothic drama has depths to reveal. And in Those people the entire neighborhood gets in on the act. Louise Candlish pivots her book around ‘property pride’, and the resentment that builds over new residents that play their music too loud, park cars on lawns and generally lower the tone.

The half sister / Chanter, Catherine (print) (eBook)
“When Diana’s mother dies, she impulsively invites estranged half-sister Valerie and her nine-year-old son to stay at her grand country home. On the night of the funeral, fueled by wine and years of resentment, the sisters argue and a terrible accident occurs.The foundations of a well-ordered life begin to crack and the lies begin to surface, one dangerous secret after another.” (adapted from Catalogue)

The whisper man / North, Alex
“Still devastated after the loss of his wife, Tom Kennedy and his young son Jake move to the sleepy village of Featherbank, looking for a fresh start. But Featherbank has a dark past. Fifteen years ago a twisted serial killer abducted and murdered five young boys. Until he was finally caught, the killer was known as ‘The Whisper Man’. Of course, an old crime need not trouble Tom and Jake as they try to settle in to their new home. Except that now another boy has gone missing. And then Jake begins acting strangely. He says he hears a whispering at his window.” (adapted from Catalogue)

A family of strangers / Richards, Emilie
“All her life Ryan Gracey watched her perfect older sister from afar. Knowing she could never top Wendy’s achievements, she didn’t even try. Now Wendy shares two little girls with her perfect husband while Ryan mourns the man she lost after a nearly fatal mistake in judgment. Ryan is stunned when Wendy calls, begging for her help. There’s been a murder and Wendy believes she’ll be wrongfully accused. While Wendy lays low, Ryan moves back to their hometown to care for the nieces she hardly knows. The sleuthing skills she’s refined as a true-crime podcaster quickly rise to the surface as she digs for answers with the help of an unexpected ally.  Is Wendy, who always seemed so perfect, just a perfect liar or worse?” (adapted from Catalogue)

One night at the lake : a novel / Chase, Bethany (print), (eBook), (eAudiobook)
“A tragedy on a hot summer night at a lake house forever alters the lives of two best friends, and the man they both love. But the truth isn’t as simple as it appears in this intricate novel of love, friendship, betrayal, and forgiveness. Alternating between the two women’s vibrant voices, One Night at the Lake is an emotional novel that explores a complex tangle of friendship, loyalty, and betrayal, all driving toward one question: Can love overcome what happened on that hot summer night?” (adapted from Catalogue)

Fallen angel / Brookmyre, Christopher
“To new nanny Amanda, the Temple family seem to have it all: the former actress; the famous professor; their three successful grown-up children. But like any family, beneath the smiles and hugs there lurks far darker emotions. Sixteen years earlier, little Niamh Temple died while they were on holiday in Portugal. Now, as Amanda joins the family for a reunion at their seaside villa, she begins to suspect one of them might be hiding something terrible… And suspicion is a dangerous thing.” (adapted from Catalogue) 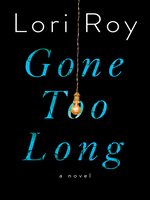 Gone Too Long, Lori Roy (ebook), (print)
Imogene Coulter is burying her father a Klan leader she has spent her life distancing herself from. But Imogene is forced to confront secrets long held by Simmonsville and her own family when, while clearing out her father’s apparent hideout on the day of his funeral, she finds a child. Young and alive, in an abandoned basement, and behind a door that only locks from the outside.  Driven by a love that extends beyond the ties of blood, Imogene struggles to save a girl she never knew but will now be bound to forever, and to save herself and those dearest to her. Tightly coiled and chilling, Gone Too Long ensnares, twists, and exposes the high price we are willing to pay for the ones we love. (adapted from Overdrive description)

Those people / Candlish, Louise (print), (eBook)
“Until Darren Booth moves in at number 1, Lowland Way, the neighbourhood is a suburban paradise. But soon after his arrival, disputes over issues like loud music and parking rights escalate all too quickly to public rows and threats of violence.
Then, early one Saturday, a horrific crime shocks the street. As the police go house-to-house, the residents close ranks and everyone’s story is the same: Booth did it. But there’s a problem. The police don’t agree with them. ” (adapted from Catalogue)

Darling / Rachel Edwards.
“I knew she was trouble from the moment I saw her. I felt it as she stood in the doorway that day: disaster. Not just because she was so different, that skin and that hair, as different from me as it’s possible to be. There was something wrong about her. Wrong for us. It was never going to work. Now she is dead and only I am left to love him. She is dead, and it’s all my fault.” (adapted from Syndetics summary)

Hideaway / Lundrigan, Nicole
“Gloria Janes appears to be a doting suburban mother and loving wife. But beyond her canary-yellow door, Gloria controls her husband, Telly, as well as seven-year-old Maisy and her older brother Rowan, through a disorienting cycle of adoration and banishment. When Telly leaves, Gloria turns on Rowan. He runs away… Gloria is publicly desperate for the safe return of her son. Her behaviour grows more erratic and her manipulation of Maisy begins to seem dedicated toward an outcome that only she can see. Suspenseful, unsettling, and masterful, Hideaway explores the secrets of a troubled family and illuminates an unlikely hero and a source of unexpected strength.” (adapted from Catalogue)