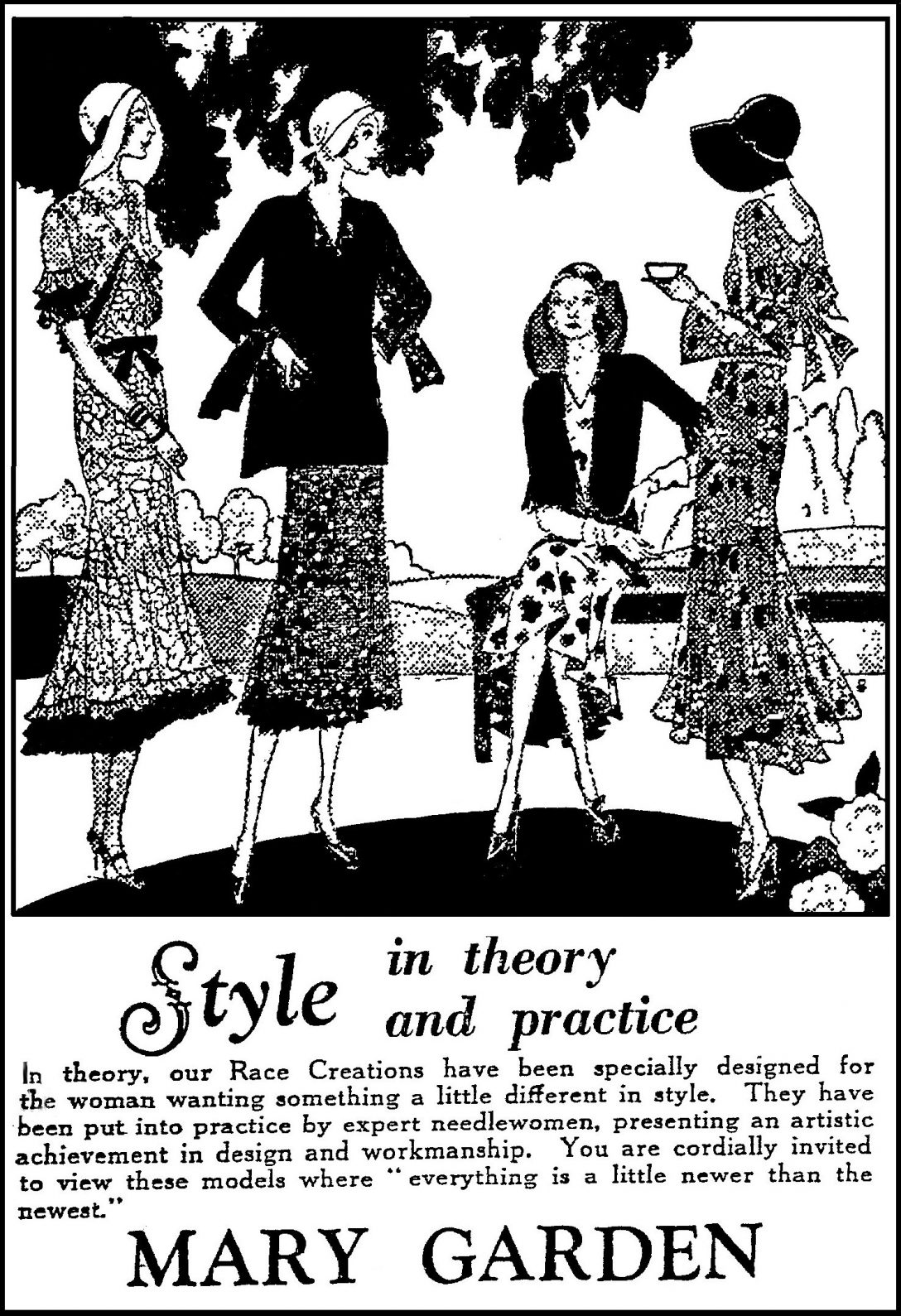 In the 1920s the societal norms shattered in the First World War, combined with a booming economy, led to the emergence of a new generation of emancipated young women – the ‘flappers’. They wore hemlines above the ankle, cut and ‘bobbed’ their hair, listened to jazz and generally rebelled against the path that society expected young women to follow. They smoked cigarettes, drank alcohol, took lovers rather than husbands, sought employment and flaunted their disdain for what was then considered acceptable behaviour. For more than a decade, one woman was looked up to by this new generation in Wellington, someone who ‘had it all’; a fashion designer, businesswoman and property developer who lived and worked under the pseudonym Mary Garden.

She was born in Hobart in Tasmania in January 1893 as Ruby Russell and likely grew up on a farm not far from that city. However, Ruby had bigger ambitions; training as a dressmaker, she went on to develop her craft at the luxurious ‘Farmers & Co’ department store in central Sydney (unconnected to the NZ retail chain of the same name).