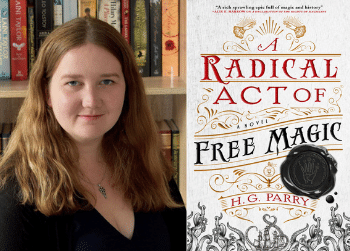 We are totally thrilled to be hosting an exclusive launch event with the wonderful H.G. Parry, in conversation with Casey Lucas-Quaid, to celebrate the release of her latest novel A Radical Act of Free Magic at Te Awe Brandon Street Library on 22 July at 6pm!

Hannah is an internationally acclaimed Historical Fantasy fiction writer whose previous books The Unlikely Escape of Uriah Heep and A Declaration of the Rights of Magicians have gained her an ever-growing, dedicated, passionate, and loyal fanbase. And to get you in the zone for this event we had the rare chance to catch up and interview Hannah about her work, done in conjunction with our friends at Radio Active FM88.6.

You can listen to the interview by clicking below:

The unlikely escape of Uriah Heep / Parry, H. G.
“For his entire life, Charley Sutherland has concealed a magical ability he can’t quite control: he can bring characters from books into the real world. His older brother, Rob – a young lawyer with a normal house, a normal fiancee, and an utterly normal life – hopes that this strange family secret will disappear with disuse, and he will be discharged from his life’s duty of protecting Charley and the real world from each other. But then, literary characters start causing trouble in their city, making threats about destroying the world… and for once, it isn’t Charley’s doing.” (Adapted from Catalogue)

A declaration of the rights of magicians / Parry, H. G.
“It is the Age of Enlightenment — of new and magical political movements, from the necromancer Robespierre calling for revolution in France to the weather mage Toussaint L’Ouverture leading the slaves of Haiti in their fight for freedom, to the bold new Prime Minister William Pitt weighing the legalisation of magic amongst commoners in Britain and abolition throughout its colonies overseas. But amidst all of the upheaval of the early modern world, there is an unknown force inciting all of human civilization into violent conflict.” (Adapted from Catalogue)

A radical act of free magic : a novel / Parry, H. G.
“A war of magic engulfs the world. In France, the brilliant tactician Napoléon Bonaparte has risen to power, and under his command, the army of the dead have all but conquered Europe. Britain fights back, but Wilberforce’s own battle to bring about free magic and abolition has met a dead end in the face of an increasingly repressive government. In Saint-Domingue, Fina aids as Toussaint Louverture navigates these opposing forces to liberate the country. But there is another, even darker war being fought beneath the surface: the first vampire war in hundreds of years.” (Adapted from Catalogue) 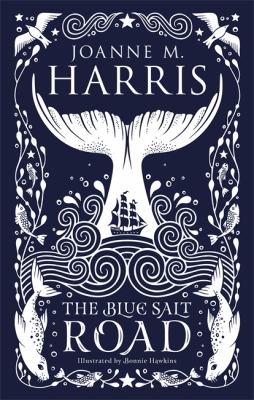