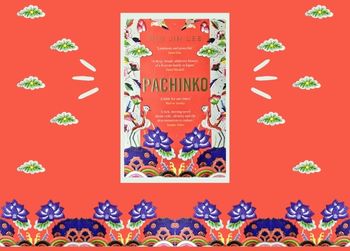 Pachinko is a ‘powerful story about resilience and compassion’ – Barack Obama.

Pachinko by Min Jin Lee has become a cultural phenomenon over the last few years, gaining legions of fans and spawning a smash hit television series. Now, thanks to Libby, we are excited to offer this unlimited access to the eBook and audiobook for a limited time!

On its release in 2017, Pachinko gained rave reviews from the likes of from The New York Times, The Washington Post and The Guardian. Reviewers have compared the book to the works of writers like Charles Dickens or John Galsworthy, thanks in part to its epic historical sweep and its emotional resonance.

The plot revolves around four generations of a Korean immigrant family who, after being exiled from Korea, forge a new life in their adopted homeland of Japan. Set between the years of 1910 and 1989, the novel covers a huge sweep of time when the vagrancies of history often played a pivotal role to the fates of all concerned. At the heart of the books, you’ll find an exploration of human relationships and the ups and downs of a family. Many themes are explored in an expressive and emotional style; amongst them themes of discrimination, family and cultural identity,  faith  and exclusion.

The book has been shortlisted for a whole plethora of prizes, including being a finalist for the National Book Award for Fiction 2017. Since its release, it has sold over one million copies.

Now is your chance to grab an electronic copy of the book to see what the phenomenon is all about! Simply login to Overdrive or Libby with your library card to access a copy. Join the Pachinko phenomena and read now! 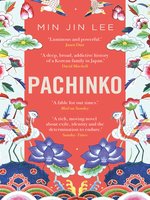 Pachinko, Min Jin Lee (eBook)
“Yeongdo, Korea 1911. In a small fishing village on the banks of the East Sea, a club-footed, cleft-lipped man marries a fifteen-year-old girl. The couple have one child, their beloved daughter Sunja. When Sunja falls pregnant by a married yakuza, the family face ruin. But then Isak, a Christian minister, offers her a chance of salvation: a new life in Japan as his wife.Following a man she barely knows to a hostile country in which she has no friends, no home, and whose language she cannot speak, Sunja’s salvation is just the beginning of her story. Through eight decades and four generations, Pachinko is an epic tale of family, identity, love, death and survival. (Adapted from Overdrive description) 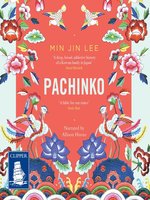 Pachinko,’Min Jin Lee (Audiobook)
“Yeongdo, Korea – 1911. In a small fishing village on the banks of the East Sea, a club-footed, cleft-lipped man marries a fifteen-year-old girl. The couple have one child: their beloved daughter Sunja. When Sunja falls pregnant by a married yakuza, the family face ruin. But then, Isak, a Christian minister, offers her a chance of salvation: a new life in Japan as his wife. Following a man she barely knows to a hostile country in which she has no friends, no home, and whose language she cannot speak, Sunja’s salvation is just the beginning of her story.” (Adapted from Overdrive description) 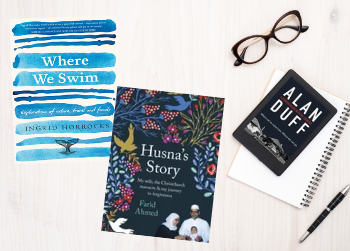 Truth is stranger than fiction… these tales are shockingly, delightfully and intriguingly true. Access our online resources for your invitation into the lives of people well and lesser known. Accounts of the crew who survived the mutiny on the Bounty are delivered by a direct descendant of Fletcher Christian in Men Without Country. Boy on Fire is Nick Cave’s creation story and here in Aotearoa people look on their place in our community through lives framed by tragedy and courage, discussing the problematic and delightful aspects of life.

These titles are available through Libby/Overdrive and Borrowbox; download the apps to play or read on a compatible device or listen and read online. Enjoy! Boy on Fire : The Young Nick Cave / Mark MordueRead by James O’Connell
Boy on Fire is a fascinating social and cultural biography, a vivid and evocative rendering of the people, time and places that went into the making of Nick Cave – from the fast-running dark river and ghost gums of Wangaratta and the punk scene that hit staid 1970s Melbourne like an atom bomb, right through to the torn wallpaper, sticky carpet and manic energy of nights at St Kilda’s Crystal Ballroom.” (BorrowBox) 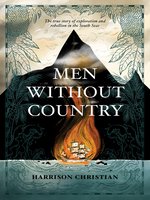 Men Without Country, Harrison Christian (ebook)
A mission to collect breadfruit from Tahiti becomes the most famous mutiny in history when the crew rise up against Captain William Bligh. Lives dominated by a punishing regime of hard work and scarce rations, and deeply divided by the hierarchy of class. It is a tale of adventure and exploration punctuated by moments of extreme violence – towards each other and the people of the South Pacific. Christian provides a comprehensive and compelling account of the whole story – from the history of trade and exploration in the South Seas to Pitcairn Island, which provided the mutineers’ salvation, and then became their grave. (Overdrive description) Husna’s Story : My wife, the Christchurch Massacre & My Journey to Forgiveness / Farid Ahmed Read by Hazem Shammas
“The couple had been praying when a gunman burst into the mosque. He shot and killed 51 people that day and injured many others. In this audiobook Husna’s husband, Farid Ahmed, tells Husna’s story, including the day of the attack. Farid describes the selflessness and bravery with which Husna lived her life. Husna’s husband, quite remarkably, forgives the alleged killer. Farid’s philosophy of forgiveness, peace and love is an example of how faith and humanity can be tools for navigating even the most horrific of tragedies.” (BorrowBox) Gotta Get Theroux This : My life and strange times in television / Louis TherouxRead by Louis Theroux
“In 1994 fledgling journalist Louis Theroux was given a one-off gig on Michael Moore’s TV Nation. Gawky, socially awkward and totally unqualified, his first reaction to this exciting opportunity was panic. But he’d always been drawn to off-beat characters, so maybe his enthusiasm would carry the day. Or, you know, maybe it wouldn’t . . . Filled with wry observation and self-deprecating humour, this is Louis at his most insightful and honest best. The audio edition contains an exclusive additional chapter.” (BorrowBox) 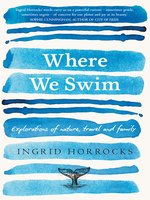 Where We Swim, Ingrid Horrocks (ebook)
Where We Swim ranges from solitary swims in polluted rivers in Aotearoa New Zealand, to dips in pools in Arizona and the Peruvian Amazon, and in the ocean off Western Australia and the south coast of England. Part memoir, part travel and nature writing, this generous and absorbing book is about being a daughter, sister, partner, mother, and above all a human being living among other animals on this watery planet. (Overdrive description) A Conversation With My Country / Alan DuffRead by Alan Duff
“A fresh, personal account of New Zealand, now, from one of our hardest-hitting writers. Returned from living in France, he views his country with fresh eyes, as it is now: homing in on the crises in parenting, our prisons, education and welfare systems and a growing culture of entitlement that entraps Pakeha and Maori alike. Never one to shy away from being a whetstone on which others can sharpen their own opinions, Alan tells it how he sees it.” (BorrowBox) 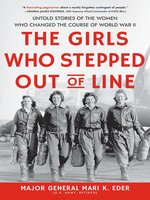 The Girls Who Stepped Out of Line, Mari K. Eder (ebook)
The Girls Who Stepped Out of Line are the heroes of the Greatest Generation that you hardly ever hear about. These women who did extraordinary things didn’t expect thanks and shied away from medals and recognition. Despite their amazing accomplishments. Retired U.S. Army Major General Mari K. Eder wrote this book because she knew their stories needed to be told—and the sooner the better. For theirs is a legacy destined to embolden generations of women to come.  (Overdrive description) The Last Days of John Lennon / James PattersonRead by Matthew Wolf, K.C. Clyde
“Enriched by exclusive interviews with Lennon’s friends and associates, including Paul McCartney, The Last Days of John Lennon is a true-crime drama about two men who changed history. One whose indelible songs enliven our world to this day, and the other who ended the music with five pulls of a trigger.” (BorrowBox) 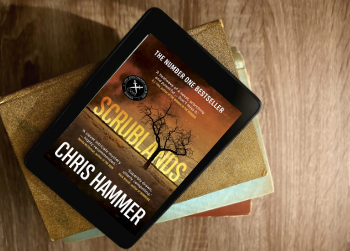