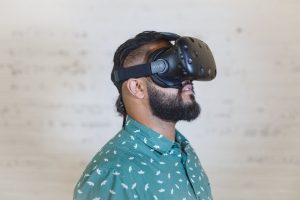 As you might have seen, Wellington City Libraries will soon be hosting A Step Back in Time, a virtual reality (VR) expo featuring Jurassic Park, David Attenborough and more!

But what exactly is VR? In terms of mechanics, VR is usually a computer, stereoscopic headset and set of sensors working together to create the sensation of standing in–and moving through–an entirely digital space (check out Wareable for a more technical explanation!). But VR is much more than just its physical components.

One of the things VR is great for is exploring new worlds. We’ve recently had a lot of fun discovering tropical islands and distant galaxies with VR experiences such as Nature Treks, while our previous VR expo featured coral reefs and the Mariana Trench via Wevr’s fantastic theBlu.

But it’s not just the creation of space that VR excels at–it’s also a platform for telling stories. Several film studios have expanded already successful movie franchises into the VR world, including Universal Studios’ Jurassic World: Blue and Jurassic World: Apatosaurus (both on show at our expo!). Traditional studios don’t have a monopoly on creating content, either: one of our favourite stories is the beautiful Allumette–a re-imagining of The Little Match Girl created by Penrose Studios.

Despite theses successes, however, the technology really comes into it’s own when used in even more creative ways. An early pioneer of this was Tilt Brush, a virtual artist’s studio that lets you paint, sculpt and design works of digital art. Other experiences, such as Pixar’s Coco VR, combine creativity with traditional gaming, meaning that one minute you’re exploring the land of the dead, the next you’re dancing onstage before a crowd of skeletons!

These are just a few of the ways people are currently using VR technology, but there are many, many more. The world of VR is an open, evolving, uncertain place–and that’s exactly why we like it! As its uses continue to grow, we’ll do our best to keep you updated, so keep an eye out for more blogs. And while you’re waiting, why not join us at A Step Back in Time to discover VR for yourself! 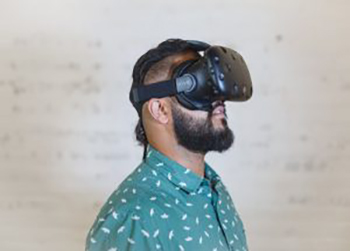 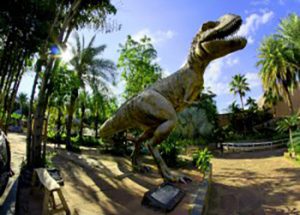 Travel back in time and be amazed at the fully immersed experience in Virtual Reality!

This VR expo will give viewers a chance to have a one-on-one audience with naturalist Sir David Attenborough and experience roaming with dinosaurs in Jurassic Park. You may also have a chance to create your virtual artwork in 3D.

These virtual reality events are very popular so bookings are essential!

Please click on your desired time slot below to send us an email and book your session. For general enquiries, you can contact us at enquiries@wcl.govt.nz 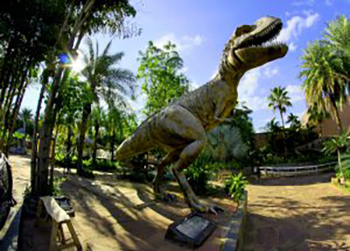