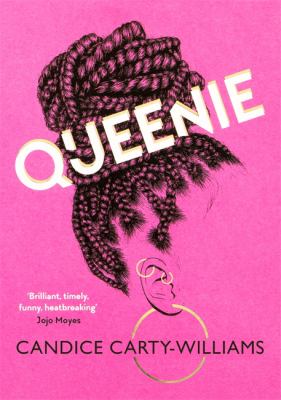 This autumn find a great new read from the libraries latest acquisitions.  Indulge in romance, challenging assumptions, voyage through family sagas or prepare for a gripping ride with an unexpectedly disconcerting thriller these tales from new and experienced adept authors have something for everyone.

Queenie / Carty-Williams, Candice
“Queenie Jenkins is a 25-year-old Jamaican British woman living in London, straddling two cultures and slotting neatly into neither. She works at a national newspaper, where she’s constantly forced to compare herself to her white middle class peers. After a messy break up from her long-term white boyfriend, Queenie seeks comfort in all the wrong places including several hazardous men who do a good job of occupying brain space and a bad job of affirming self-worth. As Queenie careens from one questionable decision to another, she finds herself wondering, “What are you doing? Why are you doing it? Who do you want to be?” All of the questions today’s woman must face in a world trying to answer them for her.” (Catalogue)

Schoolgirl missing / Fortin, Sue (eBook) (eAudiobook) (print)
“A gripping portrayal of a family caught on the wrong side of the law. When fourteen-year-old Poppy vanishes on a family boating trip, suspicion soon turns close to home – to the two people who should do everything to keep her safe, her parents, Kit and Neve.
Neve has a secret. Kit is lying. Everyone is watching. Who do you believe? (Catalogue)

The parade : a novel / Dave Eggers.The Parade: A Novel
“An unnamed country is leaving the darkness of a decade at war, and to commemorate the armistice the government commissions a new road connecting two halves of the state. Two men, foreign contractors from the same company, are sent to finish the highway. While one is flighty and adventurous, wanting to experience the nightlife and people, the other wants only to do the work and go home. But both men must eventually face the absurdities of their positions, and the dire consequences of their presence.” (Syndetics summary)

Kaddish.com / Nathan Englander.
“Larry is the secular son in a family of Orthodox Brooklyn Jews. When his father dies, it’s his responsibility to recite the Kaddish, the Jewish prayer for the dead, every day for eleven months. To the horror and dismay of his sister, Larry refuses, imperiling the fate of his father’s soul. To appease her, Larry hatches an ingenious if cynical plan, hiring a stranger through a website called kaddish.com to recite the prayer and shepherd his father’s soul safely to rest.” (adapted from Syndetics summary)

Memories of the future : a novel / Siri Hustvedt.
“Memories of the Future tells the story of a young Midwestern woman’s first year in New York City in the late 1970s.  S.H., aka “Minnesota,” transcribes her neighbor’s bizarre and increasingly ominous monologues in a notebook. One frightening night Lucy bursts into her apartment on a rescue mission. Forty years later, S.H., now a veteran author, discovers her old notebook while moving her aging mother from one facility to another.” (adapted from Syndetics summary)

Lost children archive / Valeria Luiselli.
“Suppose you and Pa were gone, and we were lost. What would happen then? A family in New York packs the car and sets out on a road trip. A mother, a father, a boy and a girl, they head south west, to the Apacheria, the regions of the US which used to be Mexico. Meanwhile, thousands of children are journeying north, travelling to the US border from Central America and Mexico. A grandmother or aunt has packed a backpack for them, putting in a bible, one toy, some clean underwear. They have been met by a coyote: a man who speaks to them roughly. They cross a river on rubber tubing and walk for days. Then they climb to the top of a train and travel precariously in the open container on top. In a breath-taking feat of literary virtuosity, Lost Children Archive intertwines these two journeys to create a masterful novel.” (Syndetics summary)

The old drift : a novel / Namwali Serpell.The Old Drift: A Novel
“1904. On the banks of the Zambezi River, a few miles from the majestic Victoria Falls, there is a colonial settlement called The Old Drift. In a smoky room at the hotel across the river, an Old Drifter named Percy M. Clark, foggy with fever, makes a mistake that entangles the fates of an Italian hotelier and an African busboy. This sets off a cycle of unwitting retribution between three Zambian families (black, white, brown) as they collide and converge over the course of the century, into the present and beyond.” (adapted from Syndetics summary)

Graceland / Bethan Roberts.
“What happens when your only son becomes The King of Rock ‘n’ Roll? From the moment she first holds him, after his twin brother is stillborn, Gladys Presley loves her son Elvis ferociously. And he will love her back, even as his heart is turned by the blues, clothes and girls. But while he makes it big in Hollywood, brings audiences across the land to their knees and achieves unimagined wealth and fame, there is another story – of drinking and diet pills, loneliness and loss. While the heat and music of the American South in the 40s and 50s play in the background, a heartbreaking portrait of a mother’s love and a son’s devotion takes centre stage. When Elvis reaches the height of his power, he buys his family the ultimate mansion on the hill, Graceland, where he hopes his mother will be happy. The reality, though, is very different, and Elvis finds that even kings must go on alone.” (Syndetics summary)