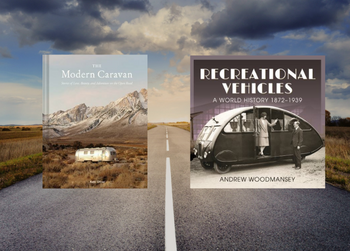 It’s Summer, and many will be heading out on highways across the country with packed cars or caravans hitched up behind them. Caravans and motorhomes have seen a huge resurgence in recent years with borders shut, and our picks of the new transport books this month reflect this renewed interest. Also included this month from opposite ends of the transport spectrum are books on steam trains and space travel. Have a browse! 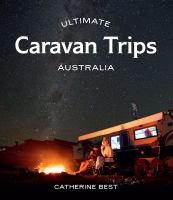 Ultimate caravan trips. Australia / Best, Catherine
“Ultimate Caravan Trips: Australia is your ticket to #vanlife. This caravanner’s travel bible lifts the lid on 40 of the best adventures you can have on six (or eight) wheels. Organised into state and territory chapters, it is packed with wanderlust to inspire your next caravan trip, from weekend escapes to week-long breaks and multi-destination touring itineraries. Fancy unhitching by the Noosa Everglades, parking up on the sand on the Eyre Peninsula, or winding out the awning riverside in the Huon Valley? Award-winning author Catherine Best has caravanned across the country with her husband and three kids, and her book spotlights many iconic destinations as well as under-the-radar gems.” (Catalogue) 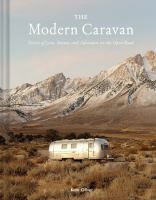 The modern caravan : stories of love, beauty, and adventure on the open road / Oliver, Kate
“A celebration of beautiful mobile spaces and an ode to nomadic living. Brimming with evocative storytelling and hundreds of photographs showcasing handsome interiors and stunning landscapes, this book features more than 35 stories from solo travelers, couples, and families who traded the comforts of a rooted life for ever-changing vistas and eye-opening experiences.” (Catalogue) 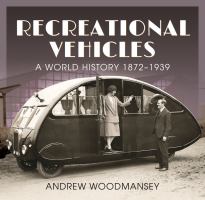 Recreational vehicles : a world history, 1872 1939 / Woodmansey, Andrew
“Has there ever been a stranger idea in the vehicle world than putting a house on wheels and taking it on holiday? However odd it may seem, it’s an idea that has caught on. Today there are 15 million recreational vehicles, or ‘RVs’, on the roads of Europe, the USA and Australasia. So how did this fascinating family of vehicles come about? Who were the first recreational nomads, what made them want to take to the road just for pleasure and what did the first RVs look like?” (Syndetics Summary) 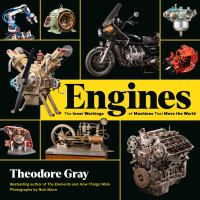 Engines : the inner workings of machines that move the world / Gray, Theodore W
“International best-selling author Theodore Gray, whose Elements Trilogy has sold more than 1.5 million copies, now turns his irrepressible curiosity, wonderful wit, and inimitable photography to the world of engines in this visual exploration of everything from the first steam engines to giant turbines to tiny electrical engines.” (Catalogue)

Steam trains today : journeys along Britain’s heritage railways / Martin, Andrew
“Britain has around 180 preserved, or heritage, railways — lines operated for their historical interest. They carry 13 million passengers a year and are operated by 22,000 volunteers. Seldom has there been a bigger spontaneous exercise in turning back the clock. In this book, Andrew Martin seeks to discover why the British are so keen on old railways. ” (Catalogue) 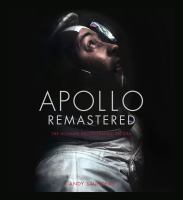 Apollo remastered : the ultimate photographic journey / Saunders, Andy
“Published to coincide with the 50th anniversary of the last steps taken on the moon, this unique, definitive book about the Apollo missions reveals hundreds of extraordinary, newly-restored, and all-new images from the NASA archives that provide a never-before-seen perspective on the Apollo endeavors.” (Catalogue) 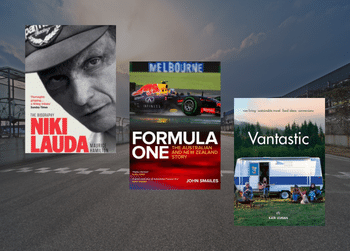 This month’s picks heavily feature New Zealand’s motorsport life and culture – from Formula One in New Zealand and Australia, to Kiwi van conversions and #vanlife. Plus, the most comprehensive and detailed biography of Formula One legend Nick Lauda ever published – as told by Maurice Hamilton. Have a browse! 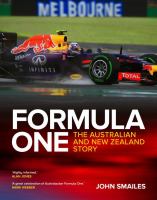 Formula One : the Australian and New Zealand story / Smailes, John
“Since 1950, fifteen Australians and nine New Zealanders have raced in world championship Formula One, the pinnacle of motor racing. Three – Jack Brabham, Denny Hulme and Alan Jones – have won the world title. Two have died in the attempt without ever facing the world championship starters’ lights. So few drivers make it to Formula One. Even fewer succeed in the fastest and most challenging four-wheeled sport of all. Now John Smailes, author of the bestselling Climbing the Mountain, Race Across the World, Mount Panorama and Speed Kings, gives us the definitive story of our involvement with Formula One… this is the must-have book for every Australian and New Zealand fan of Formula One.” (Catalogue) 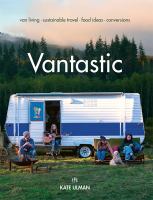 Vantastic : van living, sustainable travel, food ideas, conversions / Ulman, Kate
“Pack down and hitch up, it’s time for the freedom of the road with Vantastic, your guide to life with a van or RV! In this revised edition, seasoned traveller Kate Ulman, of the popular blog and Instagram accounts Foxslane, provides practical tips and advice as well as comprehensive information on turning your dream of a #vanlife road trip into reality. … This guide also covers the people behind them – their designers, builders, collectors and users – in a celebration of Kiwi ingenuity, passion and determination.” (Catalogue)

Niki Lauda : the biography / Hamilton, Maurice
“The most comprehensive and detailed biography of Formula One legend Nick Lauda ever published, as told by Maurice Hamilton, who knew him for more than forty years. From the famous rivalry with James Hunt in the 1970s, as depicted in the film Rush, to working with Lewis Hamilton at Mercedes, Lauda’s career helped define modern F1. … Maurice Hamilton, who first met Lauda in 1971, draws together the remarkable story of one of the greatest stars in Formula One history. Based on interviews with friends and family, rival drivers and those he worked with later in his career, Niki Lauda is a superb and definitive tribute to a remarkable character, who died in May 2019 at the age of seventy.” (Catalogue) 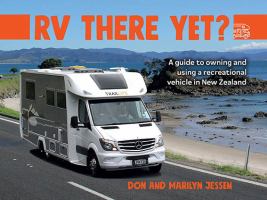 RV there yet? : a guide to owning and using a recreational vehicle in New Zealand / Jessen, Don
“Travelling the length and breadth of New Zealand, you cannot help but notice the Recreational Vehicles (RV’s) parked at holiday spots across the country. These RV’s – now numbering 40,000+ in New Zealand – come in all shapes and sizes, from small self-contained vans to luxury multi-metre motorhomes. From choosing and setting up your RV, to living life on the open road, this book is designed to guide you through all stages of the decision-making process – from your RV dreams to the practical realities of RV ownership. There is also a glimpse into some of New Zealand’s outstanding RV’s and the people who inhabit them.” (Catalogue) 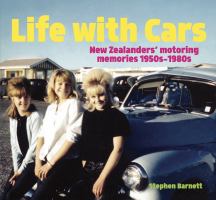 Life with cars : New Zealanders’ motoring memories 1950s-1980s / Barnett, Stephen
“Life with Cars is a like a national family photo album, albeit one with its focus on cars. It brims with evocative imagery of cars and automotive adventures from the 1950s to the 1980s, with the words of the contributors as told to the author. Their stories reflect New Zealanders’ creation and uptake of car culture – telling of breakdowns in the middle of nowhere, holidays at the beach, evading the law, Sunday drives and of course posing on, beside or in the much-loved four-wheeled family members.” (Catalogue) 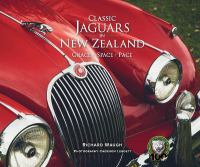 Classic Jaguars in New Zealand : grace, space, pace / Waugh, Richard
“Published for the 100th anniversary of Jaguar’s origins in 2022, this new book tells the marque’s fascinating story with many informative New Zealand features. A wide range of classic saloons and sports cars are profiled from the early 1930s to the late 1990s, many of which became household names such as the Mark 2, E-Type and XJ6. The owners share experiences of their cherished Jaguars. Each car is superbly photographed to show their elegance in appealing detail and clearly demonstrate why classic Jaguars are acclaimed in New Zealand and around the world.” (Catalogue)

The bikes we built : a journey through New Zealand made bicycles / Kennett, Jonathan
“Take a ride through the history of 60 New Zealand-made bicycles, from 1869 to the present day. From the velocipede to the penny farthing, to the Chopper and the BMX, discover how Kiwis have reinvented the wheel over the last 150 years. Unearthing secrets from factories, garages, archives and museums, this book brings us the stories of New Zealand-made bikes.” (Catalogue)