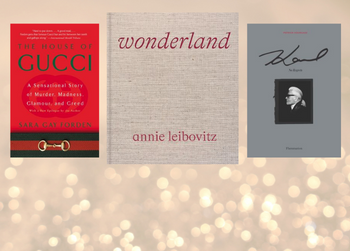 Iconic fashion legends dominate our latest batch of new fashion and beauty titles, with new books about Maurizio Gucci, Karl Lagerfield and Wonderland; a beautiful new book featuring the work of legendary photographer Annie Leibovitz. We also have screen buffs covered this month with Fashion in Film, chronicling the contributions of fashion designers to cinema, as well as an in-depth look at the costumes worn in Emmy Award-winning series The Marvelous Mrs. Maisel. Our beauty edit rounds off our selection with a beauty and style guide for men, plus a new look at mindful beauty and skincare.

The house of Gucci : a sensational story of murder, madness, glamour, and greed / Forden, Sara Gay
“The sensational true story of murder, madness, glamour, and greed that shook the Gucci dynasty, now fully updated with a new afterword. On the morning of March 27, 1995, four quick shots cracked through Milan’s elegant streets. The Gucci story is one of glitz, glamour, and intrigue—a chronicle of the rise, near fall, and subsequent resurgence of a fashion dynasty. Beautifully written, impeccably researched, and widely acclaimed, The House of Gucci is a page-turning account of high fashion, high finance, and heartrending personal tragedy.” (adapted from catalogue)

Karl : no regrets / Hourcade, Patrick
“The artist Patrick Hourcade met Karl Lagerfeld in 1976, sparking a friendship that would last more than twenty years, strengthened by their shared passion for eighteenth-century art. Patrick Hourcade recounts the story of their aesthetic complicity, through previously unpublished documents and a unique biography in which he reveals Karl Lagerfeld in all of his splendor as well as his weaknesses. This intimate story introduces the colorful cast of characters who were important to the designer, and, most importantly, the two great loves of Karl’s life: his mother Elisabeth and Jacques de Bascher.”–Provided by publisher.” (adapted from catalogue) 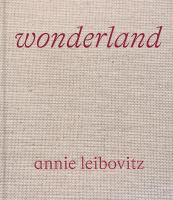 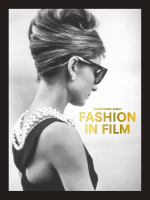 Fashion in film / Laverty, Christopher
“A beautiful compendium of famous fashion designers, their gorgeous creations and the film stars that wore them. Fashion designers have been involved in movies since the early days of cinema. Fashion in Film celebrates the contributions of fashion designers to cinema, exploring key garments, what they mean in context of the narrative, and why they are so memorable. Illustrated with beautiful film stills, fashion images and working sketches, this book will appeal to lovers of both fashion history and cinema.” (adapted from catalogue) 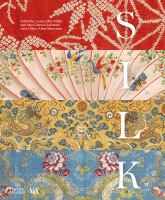 Silk : fibre, fabric and fashion
“Silk has long captured the imagination of peoples round the globe, inspiring creativity in the making of luxurious textiles. This major new survey draws on the exceptional collections of London’s Victoria and Albert Museum and explores tradition and innovation across the history and geography of silk production, celebrating the ingenuity and skill of designers and makers. This compendium showcases a rich variety of artworks, furnishings and clothing, including fashions from recent designer catwalk shows in North America, Asia and Europe. In association with the Victoria and Albert Museum.” (adapted from catalogue) 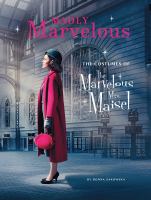 Madly marvelous : the costumes of the marvelous Mrs. Maisel / Zakowska, Donna “Step into the wardrobe of The Marvelous Mrs. Maisel, the Golden Globe and Emmy Award-winning series from Amazon Prime Video set in the late 1950s about a young Manhattan housewife whose life taken an unexpected turn when she discovers she has a gift for stand-up comedy. Costume designer Donna Zakowska reveals her early sketches, fitting photos, and finished costumes in this survey of spectacular looks from the show’s initial seasons. With a nuanced color palette and bold style, Zakowska’s award-winning costumes pop onscreen and off the page, and set a fashionable tone for this witty, brash, and poignant comedy.”–Back cover.” (adapted from catalogue) 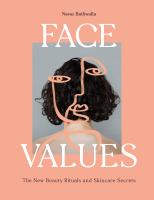 Vain glorious : a shameless guide for men who want to look their best / Langmead, Jeremy
“Should I tint my eyebrows? How can I get a squarer jawline? Which style of trouser would make my legs look longer? Leading lifestyle columnist and magazine editor, Jeremy Langmead, has men constantly asking him for answers to these questions and more. In Vain Glorious , he teams up with Harley Street aesthetic doctor David Jack to lift the lid on all the anti-ageing and beauty secrets now available for men, from Botox to hair thickening treatments. Vain Glorious is an honest and practical guide to help men feel comfortable in their own skin”–Publisher’s description.” (adapted from catalogue) 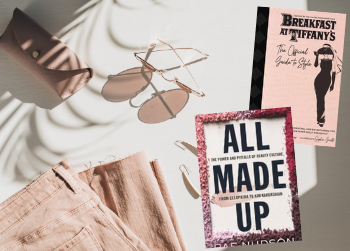 Refresh your wardrobe and get some spring style inspiration with our latest fashion and beauty update. We have new books on mending and upcycling your clothing, to help you make the most out of the clothes you already own, as well as a Breakfast at Tiffany’s style guide to help you channel a little Holly Golightly into your daily life. We also have a brand new style guide especially for men and the 40th anniversary eBook edition of the iconic Cheap Chic, as well as an in-depth look at the style and clothing of well-known artists.

What artists wear / Porter, Charlie
“Most of us live our lives in our clothes without realizing their power. But in the hands of artists, garments reveal themselves. They are pure tools of expression, storytelling, resistance and creativity: canvases on which to show who we really are. In What Artists Wear, style luminary Charlie Porter takes us on an invigorating, eye-opening journey through the iconic outfits worn by artists, in the studio, on stage, at work, at home and at play. What Artists Wear is both a manual and a manifesto, a radical, gleeful, inspiration to see the world anew-and find greater pleasure and possibility in the clothes we all wear.” (adapted from catalogue)

All made up : the power and pitfalls of beauty culture, from Cleopatra to Kim Kardashian / Nudson, Rae
“A fascinating journey through history and culture, examining how makeup affects self-empowerment, how people have used it to define (and defy) their roles in society. There is a history and a cultural significance that comes with wearing cat-eye-inspired liner or a bold red lip even if we don’t realize exactly why. Increasingly, people of all genders are wrestling with what it means to be a woman living in a patriarchy, and part of that is how looking like a woman—whatever that means—affects people’s real lives. This book also holds space for other factors, especially the ways that beauty standards differ across race, class, and culture.” (adapted from catalogue) Also available as an eBook.

Breakfast at Tiffany’s : the official guide to style : over 100 fashion, decorating, and entertaining tips to bring out your inner Holly Golightly / Jones, Caroline
“In the iconic 1961 film Breakfast at Tiffany’s, Holly was the original metropolitan It Girl. Tapping into Holly’s timeless style and effortless sense of cool, this book highlights rules and guidelines for bringing the look, feel, and spirit of Breakfast at Tiffany’s into your everyday life. With chapters on fashion, grooming, décor, entertaining, and more, this book includes curated looks, tips, and advice for all women, providing the tools we need to embrace the Holly Golightly inside us.” –Amazon.com.” (adapted from catalogue) 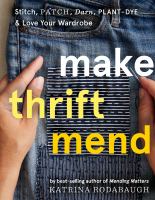 Make thrift mend : stitch, patch, darn, plant-dye & love your wardrobe / Rodabaugh, Katrina
“Slow fashion influencer Katrina Rodabaugh follows her bestselling book, Mending Matters, with a comprehensive guide to building (and keeping) a wardrobe that matters. Whether you want to repair your go-to jeans, refresh a favorite garment, thrift-shop like a pro, or dye, tailor, and reinvent clothing you already have–this book has all the know-how you’ll need. Woven throughout are stories, essays, and a slow fashion call-to-action, encouraging readers to get involved or deepen their commitment to changing the destructive habit of overconsumption.” (adapted from catalogue)

Vain glorious : a shameless guide for men who want to look their best / Langmead, Jeremy
“Should I tint my eyebrows? How can I get a squarer jawline? Which style of trouser would make my legs look longer? Leading lifestyle columnist and magazine editor, Jeremy Langmead, has men constantly asking him for answers to these questions and more. Here, he teams up with Harley Street aesthetic doctor David Jack to lift the lid on all the anti-ageing and beauty secrets now available for men. Vain Glorious is an honest and practical guide to help men feel comfortable in their own skin”–Publisher’s description.” (adapted from catalogue) 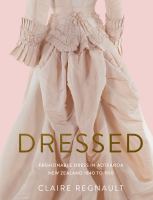 Mend! A Refashioning Manual and Manifesto, by Kate Sekules
“A hands-on manual and a history and celebration of clothes tending—and its remarkable resurgence as art form, political statement, and path to healing the planet.Kate Sekules introduces the art of visible mending as part of an important movement to give fashion back its soul. Part manifesto, part how-to, MEND! calls for bold new ways of keeping clothes and refreshing your style. Crammed with tips, fun facts, ravishing photography, and illustrated tutorials, MEND! tells you exactly how to rescue and renew your wardrobe with flair and aplomb—and save money along the way.” (adapted from Overdrive description)

Cheap Chic: Hundreds of Money-Saving Hints to Create Your Own Great Look, by Caterine Milinaire & Carol Troy
“Before there were street-style blogs and ‘zines, there was Cheap Chic. Astonishingly relevant forty years later, Cheap Chic provides timeless practical advice for creating an affordable, personal wardrobe strategy: what to buy, where to buy it, and how to put it all together to make your own distinctive fashion statement without going broke. Inspiring decades of fashion lovers and designers, Cheap Chic is the original fashion bible that proves you don’t have to be wealthy to be stylish.” (adapted from Overdrive description)