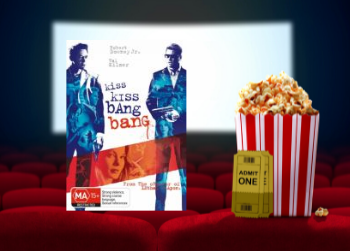 Here are some old reviews (from 2006!) of classic crime movies from our DVD collection. that we dug up from our old webpages. We still have these titles on DVD because they are not currently available on streaming platforms. And because they’re still awesome!

To live and die in L.A.
Fans of CSI’s William L. Peterson (Grissom) may well be surprised by this 1985 movie, based on the novel, by former Secret Service agent Gerald Petievich. Peterson plays Richard Chance an arrogant & cocky Secret Service agent on the trail of a ruthless counterfeiter (one of Willem Dafoe’s best roles). When Peterson’s mentor, a fellow agent about to retire, is killed by Dafoe, he becomes obsessed with bringing down the clever counterfeiter- and will do anything to do it. Directed by William Friedkin (French Connection) this cynical, yet thoroughly entertaining movie blurs the line between the law enforcement officers & the criminals, as Peterson’s character is prepared to do anything from manipulating his informant (Debra Feuer), corrupting his new rookie partner (John Pankow), stealing, & even murder to get the job done. Features one of the greatest car chases ever filmed – going the wrong way up a freeway in rush hour traffic – and a bleakly cynical ending.

Wild things
Can lurid trash ever be raised to an art form? If so this movie probably comes closer than anything else. Matt Dillon is a high-school guidance-counsellor Sam Lombardo in humid Blue Bay, South Florida. When two students turn up to wash his car for a charity drive things take the first of many turns when one of them, (Denise Richards) accuses him of rape. Soon he’s shunned by the town, fired from his job, sent pacing by his rich fiancé, & harassed by Kevin Bacon – the cop investigating the rape. Soon another girl (Neve Campbell) a white trash swamp dweller comes forward to say he raped her as well. Desperate he hires a shyster lawyer (a scene stealing Bill Murray) and the case heads to trial – where the twists start to begin. What follows is so convoluted that it’s not even worth going into, suffice to say that it involves a series of twists that you really won’t see coming. A weird cross between a soap-opera, a 50’s B-movie Film, it’s filled with amazing over the top performances, catfights and cameos. Somewhat infamous for the ‘three-way’ scene hallway through the movie, it’s actually so entertaining that even without it, it would be a classic. Don’t miss the end credits – which include scenes that cleverly explain all that has gone before. A very guilty pleasure.

END_OF_DOCUMENT_TOKEN_TO_BE_REPLACED

Here are some new DVDs added to the catalogue over July that are available at our CBD Te Awe Branch, and selected other locations. Also included are some of our On Order titles to give you a taste of what’s about to be released. Note: All ‘On Order’ titles are able to be reserved via the online catalogue.

On Order:
Son Of The South
The Crown: Complete Season 4
CB Strike: Lethal White
Inspector Montalbano, 12
While At War
Locked Down
Finding You
No Man’s Land
Gunda 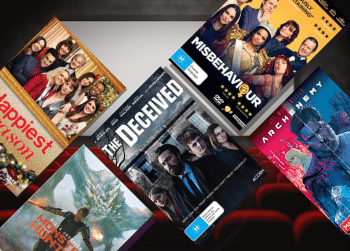 Here are some new DVDs added to the catalogue over April that are available at our CBD Te Awe Branch, and selected other locations. Also included are some of our On Order titles to give you a taste of what’s about to be released. Note: All ‘On Order’ titles are able to be reserved via the online catalogue.