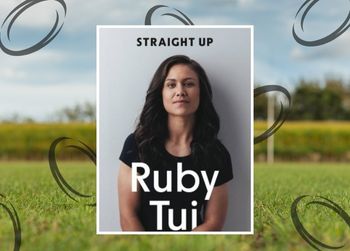 Straight up by Ruby Tui has taken Aotearoa by storm, with people lining up outside bookshops to get their hands on a copy and The Spinoff declaring it the book of the year. Below you’ll find some other recent sports related additions to our collection, including: inspirational athlete memoirs, an exploration about the benefits of endurance sports on a person’s mindset and a list of the most epic cycling climbs around the world.

Straight up / Tui, Ruby
“After a childhood filled with neglect Ruby yearned for another path. Determined not to let her upbringing limit her, she survived abuse, drugs and tragedy to become one of the most successful women’s rugby players in the world. The explosion of women’s rugby on the global stage has matched the rise of Ruby’s stellar career, as she has grown with the game from amateur to professional. In Straight Up Ruby looks herself in the eye, understanding that she can turn pain into purpose. It’s time to be straight up.” (Catalogue) 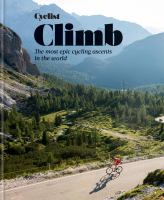 Climb : the most epic cycling ascents in the world
“A beautifully-presented book showcasing the greatest, most epic cycling climbs in the world – including breathtaking photography, route maps and statistics. Explore 35 of the most notorious, gruelling cycling climbs the world has to offer, guided by the experts at Cyclist, the world’s biggest road cycling magazine.” (Adapted from Catalogue)

The impossible : Rodney Mullen, Ryan Sheckler, and the fantastic history of skateboarding / Louison, Cole
“Skateboarding: the background, technicality, culture, rebellion, marketing, conflict, and future of the global sport as seen through two of its most influential geniuses Since it all began half a century ago, skateboarding has come to mystify some and to mesmerize many, including its tens of millions of adherents throughout America and the world.” ( Adapted from Catalogue)

Playing the long game : a memoir / Sinclair, Christine
“For the first time in depth and in public, Olympic soccer gold-medalist Christine Sinclair, the top international goal scorer of all time and one of Canada’s greatest athletes, reflects on both her exhilarating successes and her heartbreaking failures. Playing the Long Game is a book of earned wisdom on the value of determination and team spirit, and on leadership that changed the landscape of women’s sport.” (Adapted from Catalogue)

Concussion / Lipman, Michael
“Concussion has become one of the biggest issues in contact sports. Only in the past decade have the consequences of repeated head knocks become better understood, and the science is still catching up. But with the discovery of CTE, or chronic traumatic encephalopathy, in the brains of deceased footballers, it is now known that the onset of a form of dementia, caused by repeated concussions, can strike people as young as their thirties and forties.”–Publisher’s description.” (Adapted from Catalogue)

My sporting life : memories, moments and declarations / Parkinson, Michael
“This exciting new memoir charts legendary broadcaster Sir Michael Parkinson’s love of cricket, football and family throughout his life. Reflecting on his sporting life, he touches on his relationship with the late Shane Warne, who he was the first to interview in long form, and recalls his friendship with the legends of sport. A keen sportsman himself, having played for the Yorkshire seconds and a lifelong Barnsley supporter, this memoir is a love letter to sport, full of heart and humour.” (Catalogue)

Go far : how endurance sports help you win at life / McConachie, Jennifer
“Run long. Climb high. Swim deep. Go far. The struggle to succeed and the drive to excel are at the heart of what makes someone into an endurance athlete. Their mindset-that of the adventurer, of the explorer, of the never-say-never-is what allows these athletes to go beyond the limits of what’s possible time and time again… both during and outside of events. Real life comes with its own set of challenges to meet, endure and overcome. GO FAR collects exhilarating stories from the worldwide endurance sports career of athlete Jennifer Strong McConachie, giving insight into her life philosophy and the principles that empower her success in ultrarunning, mountaineering, swimming, and more. The beginning of endurance, in sport and in life, is found in desire-not just to go, but to go far”–Publisher’s description.” (Catalogue)