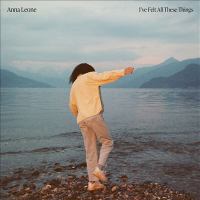 I’ve felt all these things. / Leone, Anna
Mark: The debut album from this Swedish singer-songwriter, whose acclaimed 2018 EP Wandered Away clocked up 18 million streams. Melancholy, tranquil, folk-pop, described by the singer herself as an exploration of “healing and solitude”. The apparent simplicity of the songs, hides layers of choral vocals, analogue atmospheric sounds and lo-fi guitars, while the lyrics explore introversion, loneliness & the alienation of the internet generation. However there is a sense of catharsis, that triumphs over the sombre tone of the album & its inherent sadness.
Neil: Swedish singer songwriter Anna Leone’s latest album mines a rich stream of blues folk music to create its highly introspective sound, and it’s a gentle and reflective listen, with delicate moments of intimacy. That said, when it is necessary it never shies away from covering occasionally bleak or sad emotions. Beautiful and plaintive. 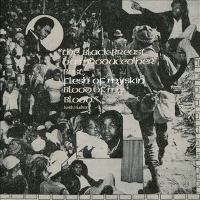 Flesh of my skin, blood of my blood. / Hudson, Keith
Mark: Reissue of the debut album from this cult Jamaican reggae songwriter, producer, and DJ, whose 1974 album Pick a Dub, was described by Jon Savage in England’s dreaming as “the greatest dub album ever”. Full of lo-fi charm, lovely backing vocals & wonky instrumentation, his debut is one of the first Reggae albums to meld elements of Country, Blues & R&B, while the lyrics delve deep into the darkness within & without.
Neil: ‘Flesh of my skin, blood of my blood’ is part of the continuing recent reappraisal of the “ dark prince of reggae “ Keith Hudson’s incredibly varied body of work. Originally released in 1974 this album has been described subsequently as outsider reggae, and throughout its play time it moves across an incredibly wide and diverse range of reggae styles. In its own unique and strange way, it is an extraordinary album and a must listen if you are either a reggae aficionado, or just interested in unique musical voices. Some of the more bass heavy dub tracks in the album were hugely popular with the London sound system scene when the album was first released. 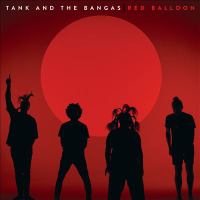 Red balloon. / Tank and the Bangas
Mark: New Orleans soul-roots band ‘Tank and the Bangas’ won the NPR Tiny Desk Contest in 2017 for their song Quick, & were nominated in the Best New Artist category for the 2020 Grammy Awards. Helmed by singer Tarriona “Tank” Ball, the band melds soul, funk, rap & spoken word. ‘Red Balloon’, their 3rd album, following 2018’s Green Balloon is a smooth mix of their patented funky spoken-word jams, but also adds some mellow neo-soul vibes, with some smooth tracks featuring guest performances from Lalah Hathaway, Questlove, Trombone Shorty, among others. Frontwoman Tarriona’s vocals move seamlessly from swagger to soulful. Definitely the sound of a band about to move directly into mainstream success.
Neil: ‘Red Balloon’, the third album from the New Orleans based Tank and the Bangas showcases their unique brand of modern hip hop, R&B and smooth soul to excellent advantage. Their range of styles, approaches and influences, however do not prevent the album sounding like a cohesive, joyous, charismatic and occasionally frank whole (there are one or two explicit lyric warnings in there). The album is a clever, nimble, rich and varied; a satisfyingly unified work. To give you a flavour of the tone they name-check Stevie Wonder on a couple of tracks, which in turn recall his golden period of the early 70’s. 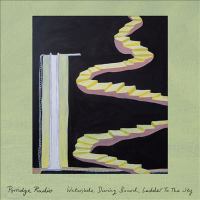 Waterslide, diving board, ladder to the sky. / Porridge Radio
Mark: British indie art-punk band from Brighton, fronted by vocalist, songwriter and lead guitarist Dana Margolin. This is their 3rd album, with the previous, 2020’s Every Bad, nominated for the Mercury Prize. A mix of lo-fi starkness and slicker bigger production moves from minimal piano instrumentation to swelling synths and choir-like backing vocals, attempting to push the insular/inward songs into big stadium type anthems. The often bleak lyrics dissect failed or failing relationships with a devastating self-laceration, as singer Margolin often seems on the edge of collapse as she tries to navigate a way out of the feverish mess; and it’s this tension between the music & lyrics that propels the album.
Neil: The Brighton post punk outfit Porridge Radio’s latest album ‘Waterslide, diving board, ladder to the sky’, their third to date, is a sophisticated refinement of their previous works, packed full of anthemic songs that dissect modern British society. It is an album that likes to straddle contrasts. It is louche and laid back in places, yet displays razor sharp barbed wit, and is also intimate in places as well, taking a wide screen view of the world, as the music moves from thoughtful to stridently powerful. 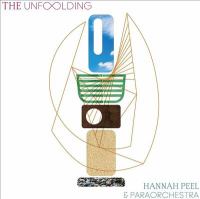 The unfolding / Peel, Hannah
Mark: For her latest album Hannah Peel teams up with Paraorchestra, an inclusive 14-piece ensemble of able-bodied & non-able bodied musicians. More in the modern-classical vein, than the Electronica of previous album Fir wave. This is an amalgam of analogue, digital and assistive instruments melding with the sweeping, soaring soprano vocals of Victoria Oruwari and syth/string-washed atmospherics, that shift from the dark to the light, as pulsing atonal sections flow into delicate recreations of birds and nature. An indefinable album that creates its own complete world, and then asks you to fall through its layers for an & immersive musical journey.
Neil: ‘The unfolding’ is a hugely ambitious and successful work of sonic world-building from the prolific and ever exploring Hannah Peel, this time in collaboration with the Paraorchestra. The music makes you feel as though you are diving down through layers and layers of memory and dream that exist in their own universe. There is constant motion and flow throughout the piece, which is in constant and gentle evolution throughout its hour-long playing time. 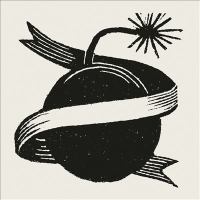 Ribbon around the bomb. / Blossoms
Mark: The 4th album from Stockport indie-pop band The Blossoms takes its title from a description of a Frida Kahlo painting & is a bit more reflective than the synthy fizzy-pop of the bands previous efforts. Strings swirl around acoustic guitars and infectious melodies. Working with The Coral lead singer James Skelly, the songs of frontman Tom Odgen revolve around a vague concept of writing itself, a way to achieve some distance and come to terms with the bands short rise from small town heroes to Festival headliners. There’s nothing overly demanding about their sort of catchy pop music, but there’s nothing wrong with that sometimes.
Neil: The Stockport outfit the Blossoms stay firmly in character as they release their fourth album Ribbon around the bomb. As such it comprises of hook driven catchy rock pop songs. It is an album that very much builds on their previous releases providing their fans with consistent, fun, unfussy songs that display a real sense of playfulness. 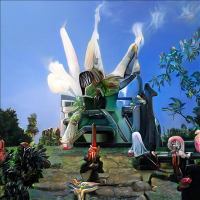 Profound mysteries. / Röyksopp
Mark: The Norwegian Electronica duo return after 8 years with a new album. New guest vocalists include Alison Goldfrapp, Beki Mari, Pixx & rising Norwegian artist Astrid S, with Susanne Sundfør returning once again. Musically diverse, the tone shifts from ambient brooding to clubby bangers to airy electro-pop, though it all retains an overall mellow feel. They don’t push any boundaries here, if anything it has a bit of a throwback vibe reminding me of early Chemical Brothers or Saint Etienne in places. To be followed by a sequel ‘Profound Mysteries II’ in August, so perhaps it’s best taken as a one holistic suite.
Neil: The latest Röyksopp album is only the tip of a larger creative iceberg that is a hugely ambitious multimedia project. The project includes, as well as this album, ten films and a specially designed and dedicated website. The subject of this vast project is ambitious to say the least, with no less than the mysteries of the universe as its core focus. As befits such a vast subject, the tracks vary widely in feel, tempo, and tone from euphoric melodies, to otherworldly grandeur and more sedate and abstract pieces. They are ably supported throughout the endeavour by a whole host of guest artists. A project worth exploring on all its numerous levels.

“…On reflection” / Basinski, William
Mark: The latest album from the prolific Experimental sound composer most renown for his 2002 album The disintegration loops. ‘On reflection’ is more in the minimalist ambient wheelhouse. Soothing piano & synth motifs surround field recordings of traffic, people & nature. Like sitting next to someone playing the piano with the window to the street half open. Perfect music to unwind after a stressful day.
Neil: William Basinski is perhaps best known for his experimental ambient, decaying, works that utilise frayed tape loops and other degenerated pieces of sound. This new album, ‘On reflection’, is a long, long way from these previous works. Created over eight years Willian, and fellow musician Janek Schaefer, have skilfully stitched together from vast recording libraries, pristine, ultra-clean and pure recordings of piano loops and field recordings. The result is a gentle and, yet in its own quiet way, sumptuous work that slowly evolves and grows, emerging gracefully as a kind of musical ode to emergent life.