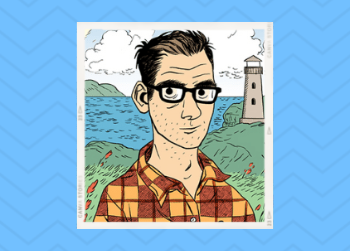 Now the dust has settled on Comic Fest 2022 we can settle  back to reflect on what was  a fabulous, immersive, and truly memorable online celebration of all things comics in New Zealand – what a blast the day was.

If you missed any of the day, or just want to enjoy watching something again, have no fear – we have seven of the segments from the day available to re-watch at any time you wish.

We have a very special session  from New Zealand comics legend Dylan Horrocks. In the resulting far-reaching conversation, which we loosely called “Comics in New Zealand and Memoir”, Dylan discusses a wide variety of comic-related subjects.  A fabulous and fascinating insight into both Dylan’s own creative works and worlds, and also that of the wider comic and graphic community in New Zealand.

Dylan Horrocks is a cartoonist best known for his graphic novel Hicksville and his scripts for the Batgirl comic book series. His works are published by the University of Auckland student magazine Craccum, Australia’s Fox Comics, the current affairs magazine New Zealand Listener from 1995 to 1997, the Canadian publishers Black Eye Comics and Drawn and Quarterly, and the American publishers Vertigo and Fantagraphics Books. He currently serialises new work online at Hicksville Comics.