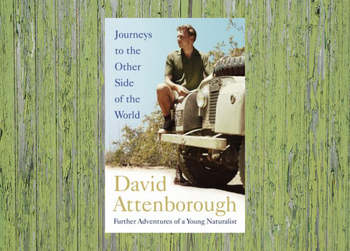 Sir David Attenborough is one of the nominees for this year’s Nobel Peace Prize. Attenborough has been most famous for his wildlife TV series. He also wrote many books and won numerous awards include BAFTA and Emmy awards, and he was knighted in 1985. Let’s dive through the library books into Attenborough’s world. 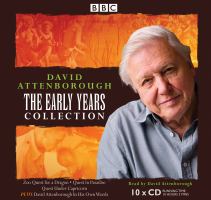 Life in the undergrowth / Attenborough, David
“This illustrated book by veteran naturalist Sir David Attenborough offers a rare glimpse into the secret life of invertebrates, “Small by virtue of their lack of backbones, this group of living things plays a surprisingly large role in the evolutionary cycle.” Life in the Undergrowth, part of his innovative series on natural history topics, looks at invertebrates the world over: their arrival on land and mastery of every habitat, and their fantastic variety of hunting and highly organized social behaviors.” (Adapted from the Catalogue)

Journeys to the other side of the world : further adventures of a young naturalist / Attenborough, David
“The further adventures of a young David Attenborough – from Madagascar and New Guinea to the Pacific Islands and the Northern Territory of Australia. Following the success of the original Zoo Quest expeditions, in the late 1950s onwards the young David Attenborough embarked on further travels to encounter world’s remarkable cultures, and animals such as paradise birds, chameleons, sifakas and many more animals.” (Adapted from the Catalogue)

Living planet : the web of life on earth / Attenborough, David”
“A new, fully updated narrative edition of David Attenborough’s seminal biography of our world, The Living Planet. Single species, and often whole communities adapt to extreme living conditions. These adaptations can be truly extraordinary: fish that walk or lay eggs on leaves in mid-air; snakes that fly; flightless birds that graze like deer; and bears that grow hair on the soles of their feet He also addresses the urgent issues facing our living planet: climate change, pollution and mass extinction of species.” (Adapted from the Catalogue) 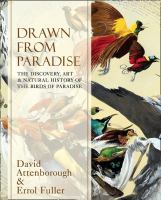