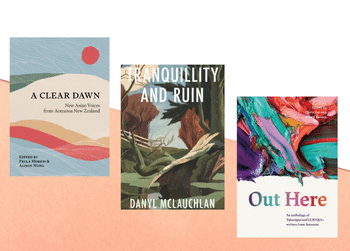 It’s January, so a lot of us are preparing to tackle our New Year’s reading resolutions! Our suggestion; build a book fort in the middle of your living room and disappear into it until early February (you’re allowed to emerge for meals and chats if you’d like, and the cat will need to be fed, but you can get vitamin D from pills or a UV lamp).

While you’re building your fort, be sure not to use any of the books below–they’re too good to disappear into load-bearing walls. These are the books you want to read, then read again, then force on other people. Some are new, others are from earlier in the year, but they all get the “Librarian Recommends” sticker. Best of luck in your book fort and your 2022 reading goals!

Aroha : Māori wisdom for a contented life lived in harmony with our planet / Elder, Hinemoa
“Ki te kotahi te kakaho ka whati, ki te kapuia, e kore e whati. When we stand alone we are vulnerable but together we are unbreakable. Discover traditional Māori philosophy through 52 whakatauki – powerful life lessons, one for every week. Each one is retold by respected Māori psychiatrist Dr Hinemoa Elder to show how we can live a less stressful life, with more contentment and kindness for each other and the planet.” (Adapted from Catalogue)

Out Here : An Anthology of Takatapui and LGBTQIA+ Writers from Aotearoa New Zealand / Tse, Chris
“Aotearoa is a land of extraordinary queer writers, many of whom have contributed to our rich literary history. But you wouldn’t know it. Decades of erasure and homophobia have rendered some of our most powerful writing invisible. Out Here will change that. This landmark book brings together and celebrates queer New Zealand writers from across the gender and LGBTQIA+ spectrum.” (Adapted from Catalogue)

A clear dawn : new Asian voices from Aotearoa New Zealand
“This landmark collection of poetry, fiction and essays by emerging writers is the first-ever anthology of Asian New Zealand creative writing. A Clear Dawn presents an extraordinary new wave of creative talent. With roots stretching from Indonesia to Japan, from China to the Philippines to the Indian subcontinent, the authors in this anthology range from high school students to retirees, from recent immigrants to writers whose families have lived in New Zealand for generations”–Publisher’s website.” (Catalogue)

The commercial hotel / Summers, John
“The Commercial Hotel is a sharp-eyed, poignant yet often hilarious tour of Aotearoa: a place in which Arcoroc mugs and dog-eared political biographies are as much a part of the scenery as the hills we tramp through ill-equipped. We encounter Elvis impersonators, Norman Kirk balancing timber on his handlebars while cycling to his building site, and Summers’ grandmother: the only woman imprisoned in New Zealand for protesting World War Two.” (Adapted from Catalogue)

Reawakened : traditional navigators of Te Moana-nui-a-Kiwa / Evans, Jeff
“Ten navigators share the challenges and triumphs of traditional wayfinding based on the deep knowledge of legendary navigator Mau Piailug. They also discuss the significance of receiving the title of Pwo (master navigator). Their stories are intertwined with the renaissance of knowledge and traditions around open-ocean voyaging.” (Catalogue) 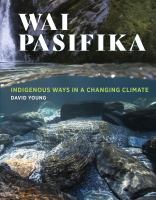 Wai Pasifika : indigenous ways in a changing climate / Young, David
“David Young focuses on the increasingly endangered resource of freshwater, and what so-called developed societies can learn from the Indigenous voices of the Pacific. Combining nineteenth century and Indigenous sources with a selection of modern studies and his own personal encounters, Young keeps a human face on the key issue of water.” (Adapted from Catalogue)

Helen Kelly : her life / Macfie, Rebecca
“When Helen Kelly died on a Wellington spring night in October 2016, with her partner by her side and a bunch of peonies, the first of the season, by her bed, Aotearoa lost an extraordinary leader. Kelly was the first female head of the country’s trade union movement, but she was also much more–a visionary who believed that all workers, whether in a union or not, deserved to be given a fair go; a fighter from a deeply communist family; a strategist and orator who invoked strong loyalty; a woman who could stir fierce emotions.” (Adapted from Catalogue) 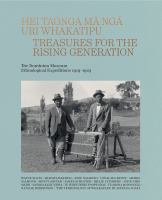 Hei taonga ma nga uri whakatipu : treasures for the rising generation : The Dominion Museum ethnological expeditions, 1919-1923 / Ngata, Wayne
“From 1919 to 1923, at Sir Apirana Ngata’s initiative, a team from the Dominion Museum travelled to tribal areas across Te Ika-a-Maui to record tikanga Māori that Ngata feared might be disappearing. This beautiful book tells the story of these expeditions, and the determination of early 20th century Māori leaders to pass on ancestral tikanga.” (Adapted from Catalogue)

The forgotten coast / Shaw, Richard
“Richard Shaw unpacks a family story he was never told: that his ancestors once farmed land in Taranaki which had been confiscated from its owners and sold to his great-grandfather, who had been with the Armed Constabulary when it invaded Parihaka on 5 November 1881. Honest, and intertwined with an examination of Shaw’s relationship with his father and of his family’s Catholicism, this book’s key focus is urgent: how Pākehā wrestle with, and own, the privilege of their colonial pasts.” (Adapted from Catalogue)

Tranquillity and ruin / McLauchlan, Danyl
“Danyl McLauchlan wanted to get closer to the hidden truth of things. But it was starting to look like the hidden truth of things was that nothing was real, everything was suffering, and he didn’t really exist. In these essays Danyl explores ideas and paths that he hopes will make him freer and happier – or, at least, less trapped, less medicated and less depressed. Tranquillity and Ruin is a light-hearted contemplation of madness, uncertainty and doom.” (Adapted from Catalogue)

Uprising : walking the Southern Alps of New Zealand / Low, Nic
“Armed with Ngai Tahu’s ancient oral maps and modern satellite atlas, I crossed the Southern Alps more than a dozen times, trying to understand how our forebears saw the land. What did it mean to define your identity by sacred mountains, or actually see them as ancestors, turned to stone?” (Adapted from Catalogue)