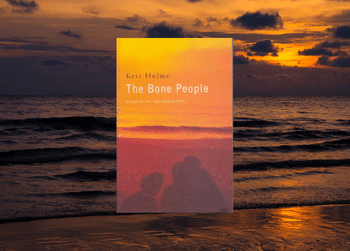 It is not often that the death of one of our very own homegrown authors receives instant world-wide recognition as portrayed in this collection of images and tributes below. But never has any of our authors managed to win a Booker Prize with their first novel, and at the same time, inserted a Māori and multicultural voice into the landscape of prize-winning international literature.

To remember this original and important voice in Aotearoa New Zealand literature, we’ve collected some links and works below:

The bone people / Hulme, Keri
“A story of Kerewin, a despairing part-Māori artist who is convinced that her solitary life is the only way to face the world. Her cocoon is rudely blown away by the sudden arrival during a rainstorm of Simon, a mute six-year-old whose past seems to hold some terrible trauma.” (Catalogue)

Strands / Hulme, Keri
“This second collection of poems by the Booker Prize-winning author of The Bone People is made up of three parts. Hulme’s verse is loose, sometimes including passages of prose, but is shaped by a powerful romantic drive and a sophisticated attention to the behaviour of language.” (Catalogue)

Stonefish / Hulme, Keri
“A collection of short stories and poems by the only New Zealand writer to win the Pegasus Prize for Māori Literature and the Booker Prize.” (Catalogue)