Glamourous, avant-garde and beautiful, Art Deco style influenced the world since 1920 in architecture, fashion, jazz music, and cars. This blog has all things about Art Deco, from New York to New Zealand, and from admirable to collectable. 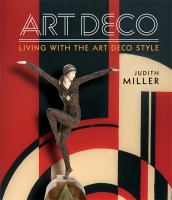 Art deco : living with the art deco style / Miller, Judith
“In the 1920s and 1930s, designers and craftsmen made innovative use of both natural and man-made materials to produce elegant pieces that broke with tradition and celebrated the future. This beautifully illustrated book explores all the key collecting areas, with chapters on furniture, glass, ceramics, sculpture, metalwork, silver and plastics, prints and posters, rugs and textiles. With clear price codes and biographies of key makers and designers. ” (Adapted from Amazon.co.uk) 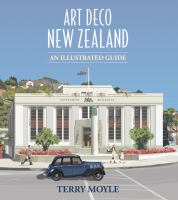 Art deco New Zealand : an illustrated guide / Moyle, Terry
“A book covers New Zealand’s Art Deco heritage in the world famous cities like Napier and Hastings, and in towns and cities throughout the country. With many Art Deco buildings obscured, dilapidated, or even lost, the stunning detailed illustrations bring to life a compelling and evocative vision of the past. Here the style and mood of buildings, along with the cars and fashion styles of the period give an appreciation of New Zealand’s Art Deco heritage. ” (Adapted from the Catalogue) 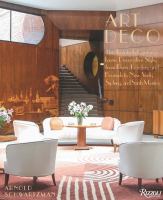 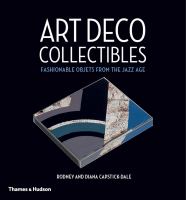 Art deco collectibles : fashionable objets from the Jazz Age / Capstick-Dale, Rodney
“This book demonstrate Deco style items at the height of fashion, and are highly prized collectibles today. They demonstrate an era of close cooperation between designers and manufacturers, who aimed for function and beautiful products. This informative showcase of portable classics of avant-garde modern design from Britain, Europe (particularly France) and the United States.” (Adapted from Amazon.co.uk) 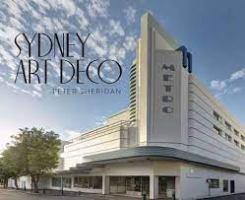 Sydney art deco / Sheridan, Peter
“Longlisted for the Indie Book Awards 2020 for Illustrated Non-Fiction. This book explores the impact of the Art Deco style on the landscape and life of Sydney during the 1930s and 1940s with a glimpse of Australian artwork, fashion, furniture and accessories. The time of Art Deco was a brief hiatus between two World Wars and compounded by the devastating effects of the Great Depression. ” (Adapted from the Catalogue) 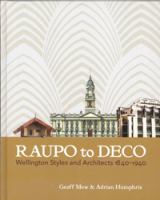 Raupo to deco : Wellington styles and architects, 1840-1940 / Mew, G
“Celebrating a century of architectural achievement in Wellington, this book links the progression of style characteristics from raupo thatching to art deco ornament with the development of the city. It contains information about more than 300 architects associated with Wellington at various times plus photos, elevations and reproductions of rare plans. The authors last collaboration was the prize-winning Ring Around the City.” (Adapted from the Catalogue) 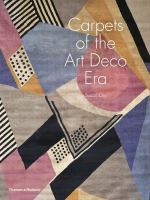 Carpets of the art deco era / Day, Susan
“The design revolutions of the early 20th century were woven into the very fabric of the carpets and rugs of that era. It charts the evolution of Victorian floral into the angular elegance of Art Deco and bold abstraction of Modernism. Such artists and designers as Picasso, Poiret, Gray, Delaunay, Matisse, Klee, and many more advanced the designs going on underfoot, making these rugs extremely collectible artworks in their own right. ” (Adapted from the Catalogue) 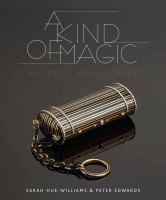 A kind of magic : art deco vanity cases / Hue-Williams, Sarah
“After 1918, post-war euphoria spread across Europe and America. Technology such as aeroplanes, motorcars and ocean liners changed the pace of life, while avant-garde fashion, jazz, The Great Gatsby and Hollywood flourished. The vanity case, the ultimate jewelled fashion accessory were made using  precious metals including platinum and gold, with inlays of lacquer, gemstones, mother of pearl, jade, or enamel. These ‘reticules’ took Paris’ skilled designers and craftsmen months to complete and were extremely expensive. Objects of desire to be passed round and shown off at gatherings of the super-rich, they became miniature status symbols to be seen with at the opera or restaurant. (Adapted from the Catalogue)