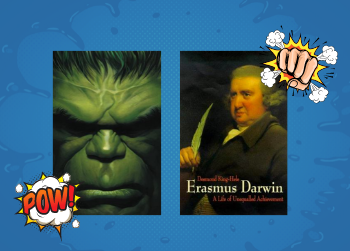 Read Part one in this blog series

The Immortal Hulk is the newest comic to feature Dr Bruce Banner and his green alter ego, and since the series’ debut in 2018, it’s become a massive hit with fans and critics. Written by Al Ewing and drawn by Joe Bennett, the series centres on a new revelation about the character: Bruce Banner can die but the Hulk cannot, which makes them, as the title suggests, immortal.

Thanks to this undead twist, Ewing and Bennett use the story opportunity to turn Hulk into a horror book. The newly-minted Immortal Hulk battles such terrors as radioactive zombies, paranormal possessions, city-destroying kaiju, the Devil, the legions of Hell, and — my personal favourite — Xemnu the Titan, a cyborg yeti alien who can manipulate people’s memories through smartphones.

The other unique angle to The Immortal Hulk is that every issue opens with a quote from a famous book or writer, chosen by Ewing to give thematic weight to each issue and something for the audience to ponder on a close reading. Below, I’ve picked out some of the best opening quotations from volumes four to six of The Immortal Hulk, and linked them to the works of their respective writers so you can find them in our collection.

Opening Quotations from The Immortal Hulk

Behold: I cry out of wrong, but I am not heard. I cry aloud, but there is no judgement.

The Book of Job is one of the most discussed books of the Bible, and also the one most frequently quoted in The Immortal Hulk. In the Book, God tests the faith of a pious man, Job, by robbing him of all his family and possessions, and when Job tries to know why God has punished him, he is only shown how much he doesn’t know. Ewing returns to Job as a motif whenever the Immortal Hulk is being tested, whether it be by shady government black-ops hunting him down, the return of old enemies, or with his own inner turmoil.

Nothing valued is here. What is here is dangerous and repulsive to us. This message is a warning about danger.

These phrases aren’t from a work of literature, but from the United States Department of Energy. A growing concern in the organisation is how to warn people in the far future to stay away from nuclear waste disposal sites; these phrases were written to help design pictographs that best symbolise the danger represented by radiation to potentially illiterate future humans. Ewing uses these phrases as opening quotes in the issue where Shadow Base, the government black site hunting the Hulk, create a new version of the classic Hulk foe The Abomination, not knowing the danger they are getting into by creating a Hulk of their own.

I would eat his heart in the marketplace

A running theme in The Immortal Hulk is anger, particularly the double standard invoked when women express it as opposed to men. In issue 19, Bruce Banner’s ex-wife Betty returns as the Red Harpy, a giant crimson bird-woman set on revenge against the Hulk for all the ways he ruined her life. The opening quote of the issue is an expression by Much Ado‘s character Beatrice, wishing that she had a man’s social privilege to publicly hold a man to task for slandering her friend. In Red Harpy’s case, however, she decides to take Beatrice’s metaphor very, very literally…

That stony law I stamp to dust, and scatter religion abroad to the four winds as a torn book, & none shall gather the leaves…

In issue 26, after defeating and taking over Shadow Base, the Hulk decides to use its resources to launch a revolution against the powers-that-be, stating that he wants to ‘end the human world’. His friends and allies, however, are skeptical at whether Hulk’s mission will prove effective. Ewing once more returns to poet and artist William Blake, this time citing a passage from his America: A Prophecy, a book of poetry written about the revelatory potential of the American Revolution.

Such is the condition of organic nature! Whose first law might be expressed in the words, ‘Eat or be eaten!’

In issue 29, the CEO of the Roxxon corporation sends out a wave of giant monsters to attack Phoenix, Arizona to discredit Bruce Banner and prop up Roxxon’s own Hulk, Xemnu the Titan, as a hero. They are heralded by the above line, a poetic description of nature’s voracity by naturalist Erasmus Darwin (grandfather of Charles) from his book Phytologia. It proves literal too, as one monster eats the Hulk whole, leaving him to fight its car-sized internal parasites.

O’Brien’s looking skittish, but he’ll be fine once his blood’s up. Harryhausen is raring to go. Oh–and they didn’t feed Lovecraft today… 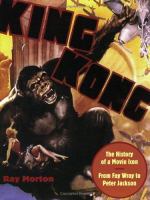