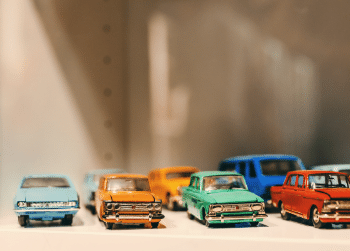 Collectable toys are intriguing snapshots of a time and a culture — many can even be fascinating miniature artworks, and nowadays, some of the more collectable ones can be worth a lot. Wellington City Libraries has a collection of toy collector books and magazines if you have an interest in collectable toys — have a browse below!

And did you know there’s a toy fair for collectors on in the Wellington region next month (5 July)? It’s the Wellington Collectors Toy Fair, which you can visit for a small charge and meet other collectors. Suitable for all ages.

Toys : how to pick antiques like a pro / Bradley, Eric
“Welcome to Toyland! Whether it’s a rare three-wheeled motorcycle that sold for $23,000 or an unopened LEGO set of the Millennium Falcon that can go for as much as $4,500, toy-box treasures are  waiting to be found. In this hands-on, how-to guide book, you’ll uncover: The best toys to hunt for, including action figures, LEGO sets, model trains, space toys, teddy bears, tin toys, vehicles, oddities, and more ; Practical strategies from top buyers and sellers ; Where to find hidden treasures ; How to flip toys for profit and fun ; Common fakes and reproductions.” (Adapted from the Catalogue)

Matchbox toys / Jones, Nick
“Matchbox toys were ubiquitous items for children across the Western world. Originally labelled Christmas-cracker trash by retailers and shopkeepers, they soon began to see unprecedented worldwide sales in the 1950s. In this beautifully illustrated book, Matchbox collector Nick Jones tells the story of Matchbox and its most famous toys, from the Coronation Coach to the Batmobile, and complements the story with beautiful, previously unpublished photographs.” (Adapted from the Catalogue) 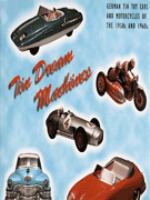 Tin dream machines : German tinplate toy cars and motorcycles of the 1950s and 1960s / Walter, Gerhard G
“This is a picture book, a price guide, and a history of one of the most popular collecting areas in the toy world. It showcases the finest racing cars, saloons, convertibles, motorcycles, track toys and filling stations made in the 1950s and 1960s ” (adapted from the Catalogue)

Miller’s toys & games.
“Part of a series of specialist price guides in the collectables field, this title illustrates thousands of different toys and games with descriptions and prices. This enables the collector to gauge price differences due to factors such as location, condition, or provenance.” (Catalogue)

In miniature : how small things illuminate the world / Garfield, Simon
“Tiny Eiffel Towers. Platoons of brave toy soldiers. A doll’s house created for a Queen. Diminutive crime scenes crafted to catch a killer. Model villages and miniscule railways. These are just a few of the objects you will discover in the pages of In Miniature. Bringing together history, psychology, art, and obsession, Garfield explores what fuels the strong appeal of miniature objects among collectors, modelers, and fans. The toys we enjoy as children invest us with a rare power at a young age, conferring on us a taste of adult-sized authority.” (Adapted from the Catalogue)

Collecting Dinky toys / Richardson, Mike
“Dinky, a name that became synonymous with the whole genre of small toy cars is actually the name of a highly collectible brand of British-made toy vehicles produced from 1934 to 1979. Avid collectors know Dinky Toys. Now Collecting Dinky Toys tells everyone the whole story. Here’s the complete list of every Dinky Toy from cars, trucks, and buses to ships, construction vehicles, and military vehicles, plus their accessories. This valuable identification and value guide lists more than 1,500 toy vehicles with the dates manufactured, colors, and current values.” (Adapted from Amazon.com)

Matchbox : the official 50th anniversary commemorative book / Scholl, Richard
“Have you ever wondered why certain vehicles are considered more collectible than others? Or why Matchbox cars are numbered and what those numbers mean? The answers to these questions and more can be found throughout the pages of this authoritative book. You will also take a historical journey from when Matchbox cars were invented since half a century ago, and the large variety of vehicles produced over the years.(Adapted from Amazon.com) 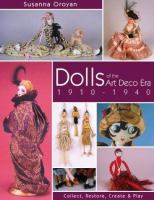 Exploring the history of childhood and play through 50 historic treasures / Fletcher, Susan A.
“Exploring The History of Childhood and Play in American History Through 50 Historic Treasures is a compilation of fifty iconic toys and games from American history. As the amount of leisure time available to children has increased in the United States, the number of toys available to them has also dramatically increased”– Provided by publisher.” (Catalogue)

The toymaker / Pieper, Liam
“Adam Kulakov likes his life. He’s on the right side of middle age; the toy company he owns brightens the lives of millions of children around the world; and he has more money than he can ever spend, a wife and child he adores, and as many mistresses as he can reasonably hide from them. And he is not the only one with secrets. In 1944, Adam’s grandfather, Arkady, was imprisoned in Auschwitz and given an impossible choice. Now, as he reaches the end of his life, he has to keep the truth from his family, and hold back the crushing memories of his time with one of history’s greatest monsters.” (Catalogue) 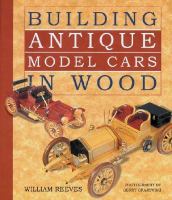 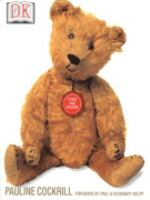 The teddy bear encyclopedia / Cockrill, Pauline
“After 100 years, the teddy bear is still very much in vogue. This best – selling encyclopedia is a fascinating way to find out why bears have such long – lasting appeal with collectors all over the world. Read about the all – time, best – loved bears, from the original ‘teddy’ to Winnie – the – Pooh, with new features on the latest collectibles such as Beanie Bear and the Millennium Bears.  The Teddy Bear Encyclopedia contains a wealth of detail and historical information which bear lovers of all kinds will find irresistible.” (Adapted from the Catalogue)