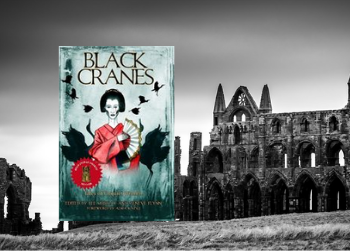 A huge congratulations to the fabulous Lee Murray for her double win at the recent Bram Stoker Awards®  — the Oscars for dark writing and the world’s premier literary horror awards! Lee’s works and exploits in speculative fiction in New Zealand are numerous and wide-ranging. She has previously received the Sir Julius Vogel Award for Best Novel (Into the sounds) as well as Best Collected Work as one of three editors on Te Korero Ahi Kā collection, but Murray’s work isn’t just limited to the page. She has also helped establish key writing communities in New Zealand and been involved with events such as GeyserCon. In 2020, she was made an Honorary Literary Fellow in the New Zealand Society of Authors’ annual Waitangi Day Honours. Her other works include the Taine McKenna military thrillers, and supernatural crime-noir series The Path of Ra, co-written with Dan Rabarts, as well as several books for children.

Find out more about Murray’s work on her website:

Below we’ve included our exclusive video featuring Lee Murray and her The Path of Ra co author Dan Rabarts reading their work in our Home With Ghosts series.

Black cranes : Tales of unquiet women.
“Almond-eyed celestial, the filial daughter, the perfect wife. Quiet, submissive, demure. In Black Cranes, Southeast Asian writers of horror both embrace and reject these traditional roles in a unique collection of stories which dissect their experiences of ‘otherness’, be it in the colour of their skin, the angle of their cheekbones, the things they dare to write, or the places they have made for themselves in the world.Black Cranes is a dark and intimate exploration of what it is to be a perpetual outsider.” (Catalogue)

Into the ashes / Murray, Lee
” The nation’s leaders scoff at the danger. That is; until the ground opens and all hell breaks loose. The armed forces are hastily deployed; NZDF Sergeant Taine McKenna and his section tasked with evacuating civilians and tourists from Tongariro National Park. It is too little, too late. With earthquakes coming thick and fast and the mountains spewing rock and ash, McKenna and his men are cut off. Their only hope of rescuing the stranded civilians is to find another route out, but a busload of prison evacuees has other ideas. And, deep beneath the earth’s crust, other forces are stirring, ” (Adapted from Catalogue)