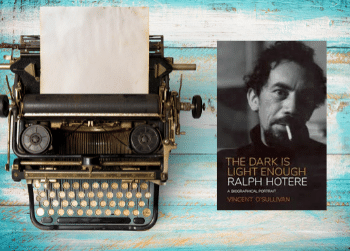 Astonishing journeys, a pioneering feminist, bookish broads, an Ockham Award winning book and a funny but thoughtful reflection on turning 50, all feature in these latest biographies.

Nuestra América : my family in the vertigo of translation / Lomnitz-Adler, Claudio
“A riveting exploration of the intersecting lines of Jewish and indigenous Latin American thought and culture, by way of a family memoir. In Our America, eminent anthropologist and historian Claudio Lomnitz traces his grandparents’ exile from Eastern Europe to South America. His grandparents stories intersect with leftist political movements in 1920s Peru, the Holocaust, Colombia’s political unrest and Israel’s beginnings. This immigrant family memoir recounts history with psychological insight and the immediacy of a thriller.” (adapted from Catalogue)

Floating in a most peculiar way / Chude-Sokei, Louis Onuorah
“The first time Chude-Sokei realizes that he is ‘first son of the first son’ of a renowned leader of the bygone African nation is in Uncle Daddy and Big Auntie’s strict religious household in Jamaica, where he lives with other abandoned children. Then his mother, the onetime “Jackie O of Biafra,” sends for him to come live with her in Inglewood, Los Angeles. In this world, anything alien– such as Chude-Sykes’s secret obsession with science fiction and David Bowie– is a danger. His yearning to become a Black American gets deeply, sometimes absurdly, complicated. This is his memoir of the redemptive skill of navigating not just Blackness, but Blacknesses, in his America. — adapted from jacket” (Catalogue)

Kate Edger : the life of a pioneering feminist / Morrow, Diana
“In 1877, Kate Edger became the first woman to graduate from a New Zealand university. Edger went on to become a pioneer of women’s education in New Zealand. She also worked tirelessly to mitigate violence against women and children and to fortify their rights through progressive legislation. She campaigned for women’s suffrage and played a prominent role in the Women’s Christian Temperance Union and in Wellington’s Society for the Protection of Women and Children. Diana Morrow tells the story of this remarkable New Zealand woman’s life in a very readable book which provides valuable insights into the role of women social reformers in our history.” (adapted from Catalogue) 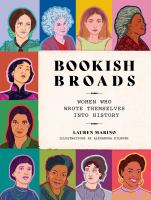 Bookish broads : women who wrote themselves into history / Marino, Lauren
“Women have written some of our most extraordinary literary works while living in societies and cultures that tried to silence them. In Bookish Broads, Lauren Marino celebrates fierce, trailblazing female writers, reworking the literary canon that has long failed to recognize the immense contributions of women. Featuring more than 50 brilliant bookish broads, Marino cleverly illuminates the lives of the greats as well as the literary talents history has wrongfully overlooked. Each intimate portrait delves into one woman’s works and is accompanied by vibrant illustrations depicting each literary legend in her element and time.” (adapted from Catalogue)

“This is a sensitive, detailed portrait of one of Aotearoa New Zealand’s most important modern artists, shaped around the four pou of Hotere’s identity: his Māoritanga, his faith, his whenua, and his whānau. The judges would like to commend Vincent O’Sullivan for an extraordinary achievement in biography.” (NZ Book Awards Trust)

Ralph Hotere : the dark is light enough : a biographical portrait / O’Sullivan, Vincent
“Ralph Hotere (Te Aupouri and Te Rarawa; 1931-2013) was one of Aotearoa’s most significant modern artists. Hotere invited the poet, novelist and biographer Vincent O’Sullivan to write his life story in 2005. Now, this book – the result of years of research and many conversations with Hotere and his fellow artists, collaborators, friends and family – provides a nuanced, compelling portrait of Hotere: the man, and the artist.” (Publisher information)

Turns out, I’m fine / Lucy, Judith
“Judith Lucy was just Great! Sure, the last remaining member of her immediate family had died, she was menopausal, she suspected her career was in the shitter and it seemed like the world was going to hell in a handbasket – but everything would work out because SHE HAD A MAN. Then, in the space of twenty-four hours, her relationship came apart and so did she. A broken heart became the catalyst for a complete existential melt down. She was nearly fifty, suddenly alone and unsure about every aspect of her life. How had this happened? She tries everything from dating a tree to getting a portrait of her vulva done to swimming with a whale shark. Thanks to a series of revelations and a slight drowning experience, Judith slowly starts to realise that her life is still full of possibilities and despite death, heartache and a dry vagina it turns out … she’s fine.” (adapted from Catalogue)