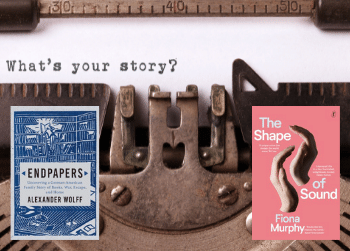 In this month’s new biographies, read about: a World War II codebreaker at Bletchley Park, a celebrated New Zealand plastic surgeon of the same era, and a renowned literary publisher who fled the Nazis and his storied family history.

Also included this month are a biography of Robin Hyde, as well as Gabriel Byrne’s autobiography, and essayist Fiona Murphy’s memoir which explores her experience of being deaf. Have a browse!

Mavis Batey : Bletchley codebreaker, writer, garden historian, conservationist / Stone, Jean
“When World War II was declared, Mavis Batey, previously studying German Romanticism, abandoned her studies to do her duty for her country. At Bletchley Park, Britain’s best kept secret, she became one of the first women codebreakers, a pioneer and a star, breaking codes vital to bringing peace. Mavis Batey, a unique biography, delves into the life of one of Britain’s best female codebreakers.” (Catalogue)

The shape of sound : a memoir / Murphy, Fiona
“Fiona Murphy is an award winning poet and essayist whose new memoir The Shape of Sound explores her experience of being deaf. She was in her first year of school when a hearing test confirmed she was profoundly deaf in her left ear. She has limited hearing in her other ear and has recently learned she will eventually lose her hearing completely.” (Summary drawn from Radio NZ’s article and interview with Fiona Murphy about The Shape of Sound)

Walking with ghosts : a memoir / Byrne, Gabriel
“In vivid, melodic prose, Gabriel revisits his childhood in Ireland, a world that has long since been renovated by time, and juxtaposes these memories with scenes from later years, in which he develops and occupies that strange identity of movie star. Impressionistic and sensual, Byrne’s visions of home, of boyhood and adolescence, are gracefully interspersed with jump-cuts to pointedly unglamorous scenes from his life as he becomes an actor, as he becomes celebrated, as he becomes forever recognizable. Byrne is interested in exploring the pathos in what it means to be famous, in what it means to be praised when everything you’ve learned tells you that are not worthy of praise.” (Publisher description) Also available as an eBook 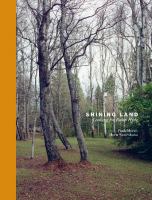 Shining land : looking for Robin Hyde / Morris, Paula
“Looking for Robin Hyde brings together award-winning novelist Paula Morris and distinguished photographer Haru Sameshima. It is the second in the korero series of picture books edited by Lloyd Jones, written and made for grown-ups, and designed to showcase leading New Zealand writers and artists working together in a collaborative and dynamic way. In Shining Land Morris and Sameshima focus on the New Zealand journalist, poet, fiction writer and war correspondent Robin Hyde, exploring three locations important to her difficult life and ground-breaking work. This beautifully considered small book richly rewards the reader and stretches the notion of what the book can do.”–Publishers’ website.” (Catalogue)

Perfection : the life and times of Sir William Manchester / Brown, Earle
“Hailing from small beginnings in rural Waimate, Sir William Manchester became a battalion medical officer with the New Zealand Army in the United Kingdom during World War II. Selected in 1941 to train as a plastic surgeon, serendipitously under the supervision of the great pioneers Gillies, McIndoe, Mowlem and Barron – all New Zealanders – he excelled in this evolving surgical craft…This biography is based on the extensive archives left by Sir William, the authors’ research into his achievements and their personal knowledge of him, working with his as a trainee and colleague.” (Catalogue) Listen to an interview on Radio NZ with the authors

Endpapers : a family story of books, war, escape, and home / Wolff, Alexander
“Endpapers excavates the extraordinary histories of the author’s grandfather and father: the renowned publisher Kurt Wolff, and his son Niko, who fought in the Wehrmacht during World War II before coming to America. Kurt Wolff was born in Bonn into a highly cultured German-Jewish family. Always bookish, Kurt became a publisher at twenty-three, setting up his own firm and publishing Franz Kafka, Joseph Roth, Karl Kraus, and many other authors whose books would soon be burned by the Nazis. Fleeing Germany in 1933, a day after the Reichstag fire, Kurt and his second wife, Helen, sought refuge in France, Italy, and ultimately New York, where in a small Greenwich Village apartment they founded Pantheon Books. Pantheon would soon take its own place in literary history with the publication of Nobel laureate Boris Pasternak’s novel Doctor Zhivago, and as the conduit that brought major European works to the States. But Kurt’s taciturn son Niko, offspring of his first marriage to Elisabeth Merck, was left behind in Germany, where despite his Jewish heritage he served the Nazis on two fronts. As Alexander Wolff visits dusty archives and meets distant relatives, he discovers secrets that never made it to the land of fresh starts, including the connection between Hitler and the family pharmaceutical firm E. Merck, and the story of a half-brother Niko never knew. ” (Catalogue)