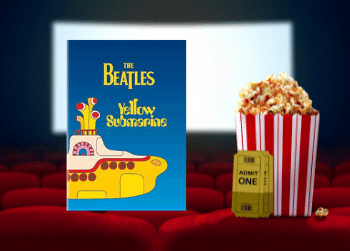 It is now over 50 years ago since the world’s biggest band released what is now regarded as their revolutionary landmark in, not music this time, but animation:

Yellow Submarine (1968) was The Beatles fourth film — a psychedelic tour de force. However, other than very short cameo roles at the end of the film, the voices of the fab four were all provided by actors. The vocal cast included two major British comic talents of the time — Lance Percival and Dick Emery. In the end, George Harrison was voiced by two actors after the first was arrested for deserting the British Army mid-way through the film’s production.

The plot — a mind-expanding story — was written by Lee Minoff and was based on the lyrics of the title track penned by Lennon and McCartney. The (at the time) cutting edge style used revolutionary techniques such as rotoscoping  to create the  hallucinogenic, eye-popping visuals. The film is a million miles away from the mainstream Disney style prevalent at that time. Animated films during the period were at a low ebb — indeed some commentators have said the film saved feature-length animated film from a slow creative eclipse that it was experiencing at the time.

Watching it now, the film is still a joy to behold — playful, “child-friendly” and a glorious example of 60s surrealist, psychedelic pop art, coupled with a very funny script reportedly largely written by the uncredited Roger McGough. Of course, it also features an outstanding music soundtrack, which includes four Beatles songs previously unreleased at that point. Incidentally, the orchestral pieces from the film were later used by NASA in their short Apollo 9 promo film.

As John Lennon said of the movie, “I think it’s a great movie, it’s my favourite Beatle movie.”

You can borrow the film, soundtrack, graphic novel and even the songbook from us — full details below:

Yellow submarine / Beatles
“The legendary film. Once upon a time… or maybe twice, there was an unearthly paradise called Pepperland, a place where happiness and music reigned supreme. But all that was threatened when the terrible Blue Meanies declared war and sent in their army led by a menacing Flying Glove to destroy all that was good. Enter John, Paul, George and Ringo to save the day! Armed with little more than their humour, songs, and of course, their yellow submarine, The Beatles tackle the rough seas ahead in an effort to bring down the evil forces of bluedom” (Catalogue) 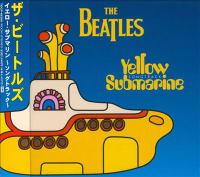 Yellow submarine : songtrack / Beatles
Featuring tracks: Yellow submarine — Hey bulldog — Eleanor Rigby — Love you to — All together now — Lucy in the sky with diamonds — Think for yourself — Sgt. Pepper’s Lonely Hearts Club Band — With a little help from my friends — Baby you’re a rich man — Only a Northern song — All you need is love — When I’m sixty four — Nowhere man — It’s all too much. 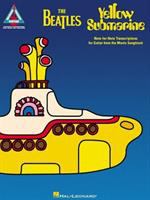 Yellow submarine. / Beatles
Note-for-note transciptions for guitar from the movie soundtrack contents include transcriptions for: Yellow submarine — Hey bulldog — Eleanor Rigby — Love you to — All together now — Lucy in the sky with diamonds — Think for yourself — Sgt. Pepper’s Lonely Hearts Club Band — With a little help from my friends — Baby you’re a rich man — Only a northern song — All you need is love — When I’m sixty four — Nowhere man — It’s all too much.

The Beatles : yellow submarine / Morrison, Bill
“The Beatles are recruited by the Captain of the Yellow Submarine to help him free Sgt. Pepper’s Lonely Hearts Club Band, and the world of Pepperland from the music-hating Blue Meanies. The music-loving,  paradise of Pepperland has been overrun by the music-hating Blue Meanies. Pepperland’s mayor sends aging sailor, Young Fred out in the fabled Yellow Submarine to find help. He travels to our world where he stumbles across the Beatles and begs them to help him free his world. They agree and head back to Pepperland, to help overthrow the evil Blue Meanies through the power of music and loved.” (Catalogue)