I’m staying! You hear that, New York? THE FROG IS STAYING!

We recently did a small blog on books set in New York City – but as well as fiction, New York City is one of the most filmed locations on the planet.  The city was first committed to celluloid in 1901 just a few years after the birth of cinema. It’s a vibrant, unique, melting pot, and its multi-cultural population coupled with its iconic skyscrapers and historic monuments  make it a perfect setting for so many tales.

The films stretch from the Jazz Singer (the world’s first talkie) to films that are regarded as all-time classic films such as Citizen Kane,  and The Godfather. There are also legions of films that are loved for different reasons such as  Escape from New York, The Muppets Take Manhattan and Crocodile Dundee. The good news is that many of these iconic New York films are available to borrow from our extensive DVD collection – for our small selection read on – and enjoy. 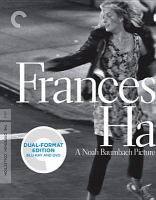 Frances Ha
“A story that follows a New York woman (who doesn’t really have an apartment), apprentices for a dance company (though she’s not really a dancer), and throws herself headlong into her dreams, even as their possibility dwindles.” (Adapted from Catalogue)

The warriors
“The Warriors are a street gang from Coney Island, trapped in the Bronx when a city-wide truce explodes. What follows is non-stop suspense and violent action as they try to get through 28 miles of “enemy territory” with 100,000 gang members after them!” (Adapted from Catalogue)

Breakfast at Tiffany’s [videorecording]
“An eccentric New York City playgirl is determined to marry a Brazilian millionaire, but her next-door neighbour, a writer, changes her plans.” (Adapted from Catalogue)

3 Spike Lee joints [videorecording].
“Do the right thing” – Traces the course of a single day on a block in the Bedford-Stuyvesant area of Brooklyn. It’s the hottest day of the year, a scorching 24-hour period that will change the lives of its residents forever. Also included in this collection “Jungle fever”and “Clockers”  (Adapted from Catalogue)

King Kong [videorecording].
“An expedition exploring a remote island capture a gigantic ape and bring him back to New York for exhibition. A beautiful actress who accompanies them is menaced, when the monster’s love for her causes him to break out” (Adapted from Catalogue)

Ghostbusters ; plus, Ghostbusters II. [videorecording] The original “Ghostbusters” and its sequel teamed comedians Bill Murray, Dan Aykroyd and Harold Ramis with director Ivan Reitman, to tell the story of a trio of paranormal investigators who must save the world from the evil clutches of the supernatural.

Once upon a time in America [videorecording]
” Spanning four decades, the film tells the story of David “Noodles” Aaronson (Robert De Niro) and his Jewish pals, chronicling their childhoods on New York’s Lower East Side in the 1920s, through their gangster careers in the 1930s, and culminating in Noodles’ 1968 return to New York from self-imposed exile, at which time he learns the truth about the fate of his friends and again confronts the nightmare of his past.” (Adapted from Catalogue)