Continuing our series on this year’s Ngaio Marsh Awards shortlist we are delighted to have a video piece from Gudrun Frerichs author of Girl from the Tree House. Zealand thirty years ago and worked until her retirement as a psychotherapist she is now a full time writer and describes herself as closet gypsy.

She says that her must have writing aids are a cup of Earl Grey a box of chocolates and the occasional glass of Merlot.

Gudrun’s previous novels include The Golden Girls Romantic Series of Contemporary Women’s novels. About four highly successful friends approaching their golden sixties who live in Auckland.  And the books  join  them as they navigate life’s obstacles.

Girl from the Tree House is a departure from her previous works and revolves around Elizabeth a woman with dissociative identity disorder, who is accused of murder. The novel is set in New Zealand’s West Coast is a fast paced psychological thriller that one reader described as a “superbly written story”. We want to extend our biggest thank you to Gudrun for her time and insightful video. And we wish her and her fellow shortlisted author’s good luck in the final awards ceremony.

The finalists will be celebrated, and the winners announced, as part of a special event at this year’s WORD Christchurch Festival, held from 29 October to 1 November… Enjoy.

Below are some of the books that influenced Gudrun and were mentioned in her interview. 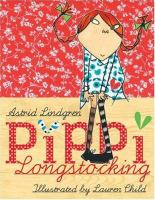 Pippi Longstocking / Lindgren, Astrid
“Pippi is the only girl in the world who can do exactly what she likes. She is nine years old and lives in a cottage with a horse and a monkey. Her friends Tommy and Annika have to go to school and go to bed when they’re told, but they still have time to join Pippi on all her great adventures.” (Adapted from Catalogue)

The world’s best Karlson / Lindgren, Astrid
“Smidge is used to Karlson, the funny little man with a propeller on his back, living on the roof. They are firm friends. Now, anytime Karlson pops in, Smidge knows that there’s fun and adventure in store.” (Adapted from Catalogue)

The ABC murders / Christie, Agatha
” There’s a serial killer on the loose. His  macabre calling card he leaves beside each victim’s corpse the ABC Railway Guide open at the name of the town where the murder has taken place. But if A is for Alice Ascher, and B for Betty Bernard, then who will victim C be? Having begun with Andover, Bexhill and then Churston, there seems little chance of the murderer being caught – until he makes the crucial and vain mistake of challenging Hercule Poirot to frustrate his plans… Poirot is the man to find out.” (Adapted from Catalogue) Also available as an Audiobook.

Penhallow / Heyer, Georgette
“Hated for his cruel and vicious nature, ruling his family with an iron hand from his sickbed, tyrannical patriarch Adam Penhallow is found murdered the day before his birthday. His entire family had assembled for his birthday celebration, and every one of them had the ways and means to commit the crime. As accusation and suspicion turn in one direction, then another, the claws and backstabbing come out, and no one is exempt from the coming implosion. The death of menacing old man Adam Penhallow, on the eve of his birthday, seems at first to be by natural causes. When it emerges that he was poisoned, there are more than a dozen prime suspects.” (Adapted from Catalogue) Also available as an eBook.