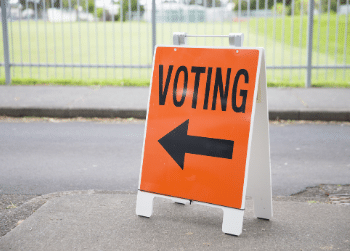 Elections are amazing things, but they can also be a bit tricky to get your head around–especially in a year like this! Luckily, the Electoral Commission has put together a fantastic website that covers everything from enrolment and voting to referendums and results, so for this blog we thought we’d enlist the help of some special guests to guide us through the process. Introducing She-Ra and the Princesses of Power! (Warning: spoilers ahead!)

During the first season of She-Ra and the Princesses of Power, our heroes Adora, Glimmer and Bow spend much of their time travelling to different kingdoms to enlist Princesses in the struggle against the Horde empire. It’s not always easy to convince them (Princesses have their own worries, after all!), but by the end of Season One Perfuma, Mermista, Sea Hawk and even the skeptical Frosta have committed themselves to the Princess Alliance.

While members of the Electoral Commission may not be able to teleport or draw power from giant crystals, the work they do is not dissimilar: they travel Aotearoa — and the internet — helping in the struggle against non-enrolment (just like She-Ra travels the Whispering Woods fighting the Horde). And thankfully, they’ve made enrolling really easy: you can do it right now (or check if you’ve enrolled already) by clicking here, and learn the difference between the General Roll and Māori Roll here!

Need some help? We’ll have Electoral Commission advocates in our libraries at these times:

In the episode “The Battle of Bright Moon”, the Kingdom of Bright Moon is threatened by a resurgent Horde army. She-Ra tries to hold the army at bay single-handedly, but despite her strength she’s unable to protect the castle or the Kingdom’s Moonstone. It’s only when reinforcements arrive that She-Ra discovers her true strength as part of a team and turns the army back.

Voting in an election is pretty much the same: while your individual vote might not be able to defeat a Horde tank, you can lend it to a candidate and party of your choice, giving them more strength to promote the ideas and causes they’re standing for.

Also important to note: you can vote on Election Day itself, or beforehand. Check out the Electoral Commission’s website for more–including info on the referendums!

Want to find your closest voting booth? Have a look on the map!

The evening of the election can be exciting, stressful and mysterious–and is usually all three of these things! You might want to watch the results come in by yourself, or be with friends and family (and lots of snacks!). The most important thing to remember is that the whole democratic process is kind of like the Princess Prom, in that it’s an event that everyone is invited to. Sure, maybe some of the guests want to sting you with their scorpion tails, or kidnap you, but that’s just how it goes.

There are quite a few places you can follow election results on the night, including TVNZ and Newshub as well as RNZ, The Spinoff, Stuff and more. And remember, the election is on Saturday, 17 October–not long to go!