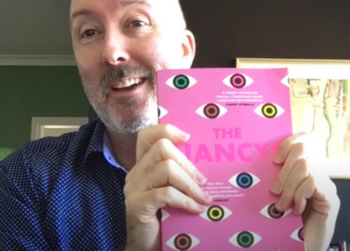 This year’s Ngaio Marsh Awards shortlist is full of outstanding New Zealand novels that cover a wide range of styles and tones in stories entwined with crime, mystery, thrills, and suspense. And it is going to be a really difficult task for the judges to pick a winner.

R.W.R. McDonald’s debut novel The Nancys is one of most unique books among the list. Set in South Otago, the book is about friends, family, a murder  and young girl’s obsession with the Nancy Drew series of books. It’s simultaneously funny, dark, touching and ultimately joyously uplifting. The charismatic author of The Nancys R.W.R. McDonald took some time out of his busy schedule to do a really special online piece for us and talk to us about The Nancys,  his literary influences, and also give us a very special fireside reading–not to mention introducing us to Harry his cat!

We want to extend our biggest thank you to R.W.R. McDonald for his time and such a great interview. And we wish him and his fellow shortlisted authors good luck in the final awards ceremony.

The finalists will be celebrated, and the winners announced, as part of a special event at this year’s WORD Christchurch Festival, held from 29 October to 1 November. Enjoy!

Below are some of the books that influenced R.W.R. McDonald and were mentioned in his interview. You can also borrow a copy of The Nancys here or buy yourself a copy here!

The hidden staircase / Keene, Carolyn
“After receiving a call from her friend Helen Corning, Nancy agrees to help solve a baffling mystery. Helen’s Aunt Rosemary has been living with her mother at the old family mansion, and they have noticed many strange things. They have heard music, thumps and seen eerie shadows on the walls. Could the house be haunted? Will Nancy be able to find  how these mysteries are related?” (Adapted from Catalogue) Also available as an Audiobook.

Kiss kiss / Dahl, Roald
“Contains stories including The Landlady, William and Mary, The Way up to Heaven, Parson’s Pleasures, Mrs Bixby and the Colonel’s Coat, Royal Jelly, Gregory Progy, Genesis and Catastrophe, Edwards the Conqueror, Pig and The Champion of the World.” (Adapted from Catalogue)

Charlie and the chocolate factory / Dahl, Roald
“Mr Willy Wonka is the most extraordinary chocolate maker in the world. And do you know who Charlie is? Charlie Bucket is the hero. The other children in this book are nasty little beasts, called- Augustus Gloop- a great big greedy nincompoop; Veruca Salt- a spoiled brat; Violet Beauregarde – a repulsive little gum-chewer; Mike Teavee – a boy who only watches television. Clutching their Golden Tickets, they arrive at Wonka’s chocolate factory…” (Adapted from Catalogue) Also available as an Audiobook.

To the lighthouse / Woolf, Virginia
“Set on the beautiful Isle of Skye. To the Lighthouse features the serene and maternal Mrs. Ramsay, the tragic yet absurd Mr. Ramsay, and their children and assorted guests who are on holiday on the Isle of Skye. From the seemingly trivial postponement of a visit to a nearby lighthouse, Virginia Woolf constructs a moving examination of the complex tensions and allegiances of family life and the conflicts within a marriage…. the sea encircles the story in a brilliant ebb and flow” (Adapted from Catalogue) Also available as an Audiobook.

The whale rider / Ihimaera, Witi
“This timeless story tells how the courage of one Maori girl in standing against the tide of tradition enables her tribe to become reconnected with their ancestral life force. As her beloved grandfather, chief of the Maori tribe of Whangara, New Zealand, struggles to lead in difficult times and to find a male successor, young Kahu is developing a mysterious relationship with whales, particularly the ancient bull whale whose legendary rider was their ancestor.” (Adapted from Catalogue) Also available as an eBook.

A Saint from Texas [paperback] / White, Edmund
“Yvette and Yvonne Crawford are twin sisters, born on a humble patch of East Texas prairie but bound for far grander fates. Just as an untold fortune of oil lies beneath their daddy’s land, both girls harbour their own secrets and dreams: ones that will carry them far from Texas and from each other. As the decades unfold, Yvonne will ascend the highest ranks of Parisian society as Yvette gives herself to a lifetime of worship. And yet, even as they remake themselves, the twins find that the bonds of family and the past are unbreakable.” (Adapted from Catalogue) 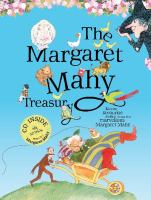 The Nancys / McDonald, R. W. R.
“”Tippy Chan is eleven and lives in a small town in a very quiet part of the world – the place her Uncle Pike escaped from the first chance he got as a teenager. Now Pike is back with his new boyfriend Devon to look after Tippy while her mum’s on a cruise. Tippy is in love with her uncle’s old Nancy Drew books; she wants to be Nancy and solve a real mystery. When her teacher’s body is found beside Riverstone’s only traffic light, Tippy’s moment has arrived.” (Adapted from Catalogue) Also available as an eBook.