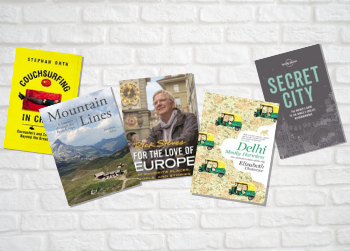 While we reminisce of a time of overseas holidays and easier international travel, we’re lucky to have such a range of travel stories at our fingertips. Placate yourself with our latest travel titles, this time focussing on ‘armchair travel’ – all of the excitement, but none of the practicality issues. Immerse yourself in stories told from some of the world’s most remote locations as well as travelogues from South America, Europe, and Asia. 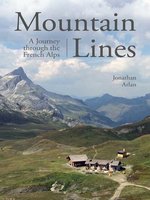 Mountain Lines, Jonathan Arlan (ebook)
In the summer of 2015, Jonathan Arlan was nearing thirty. Restless, bored, and daydreaming of adventure, he comes across an image on the Internet one day: a map of the southeast corner of France with a single red line snaking south from Lake Geneva, through the jagged brown and white peaks of the Alps to the Mediterranean sea—a route more than four hundred miles long. He decides then and there to walk the whole trail solo. (Overdrive description)

Couchsurfing in China : encounters and escapades beyond the Great Wall / Orth, Stephan
“When Stephan Orth lands in China, he knows it’s his last visit, having lied about his job as a journalist to get into the country. Self-deprecatingly funny, compassionate and observant, Couchsurfing in China is a formidable addition to a well-loved series, and offers a timely travelogue of an enigmatic country poised to become the world’s next superpower.” (Adapted from Catalogue)

For the love of Europe : my favorite places, people and stories / Steves, Rick
“Stow away with America’s favorite travel writer as he relives his favorite European experiences. These are stories only Rick Steves could tell. Wry, insightful, and inspiring, these are the experiences that changed the way Rick thinks about his place in the world … and, consequently, helped change the way Americans travel. Reading this book, you’ll find yourself falling in love with Europe, too.” (Adapted from Catalogue) 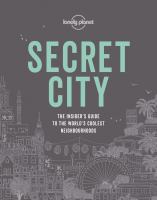 Secret city : the insider’s guide to the world’s coolest neighbourhoods.
“Ditch the tourist crowds and get to the real heart of a place with Secret City; an essential guide to getting to know the most interesting, rewarding, a cool neighborhoods in cities around the world. Readers will discover the best little-known sights and things to do, plus the coolest places to eat, drink, and shop to create unforgettable trips. ” (Catalogue) 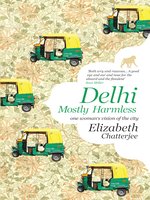 Delhi, Elizabeth Chatterjee (ebook)
When Elizabeth Chatterjee makes her way from the cool hum of Oxford to the demented June heat of heat of Delhi to research her PhD, she find herself both baffled and curious about the je ne sais quoi of this city of ‘graveyards and tombstones’. Liz takes us through the serpentine power structures, the idyll, the bullshit —peeling layer after layer of the city’s skin to reveal its aspirations, its insecurity, its charm and finally its urban dissonance. (Adapted from Overdrive description)

In the land of good living : a journey to the heart of Florida / Russell, Kent
In the summer of 2016, Kent Russell set off to walk across Florida. Mythic, superficial, soaked in contradictions, maligned by cultural elites, segregated from the South, and literally vanishing into the sea, Florida seemed to Russell to embody America’s divided soul. Russell has taken it all in with his incomparably focused lens and delivered a book that is both an inspired travelogue and a profound rumination on the nation’s soul–and his own.” (Adapted from Catalogue)

Magdalena : river of dreams / Davis, Wade
“Travellers often become enchanted with the first country that captures their hearts and gives them license to be free. For Wade Davis, it was Colombia. In this masterful new book, he revisits the mighty Magdalena, the river that made possible the nation. Braiding together memoir, history, and journalism, Wade Davis tells the story of the country’s most magnificent river, and in doing so, tells the epic story of Colombia.” (Adapted from Catalogue)