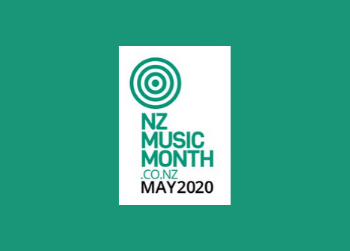 Each year during May it is always New Zealand Music Month, but 2020 is an unusual one due to the COVID-19. It is forcing artists to find new ways of working and connecting with audiences, and there are a surprising number of things still happening. Check out the NZ Music Month official website as well as our Wellington Music blog and facebook. To celebrate and support New Zealand music and artists, we have selected some fantastic films available on Beamfilm and Kanopy. They include the documentary about Martin Phillipps (The Chills) and two iconic New Zealand movies (An Angel at my Table and Dean Spanley) for which Don McGlashan (Blam Blam Blam, The Mutton Birds) did the soundtracks. Be calm, kind and enjoy the movies!

A contemporary story with a strong message, PA BOYS, follows a Wellington reggae band as they embark on a tour ‘down north’, from Wellington to Cape Reinga. Staring Fran Kora (from the band KORA) and Matariki Whatarau (Go Girls, The Almighty Johnsons), PA BOYS is a story about life, death and music. As the band tours, their travels expose Danny (Kora) and Tau (Whatarau) to a spiritual history that cannot be avoided and when unresolved events from their past must be confronted it’s Danny who holds the key.

The Topp Twins: Untouchable Girls” is the first time that the irrepressible Kiwi entertainment double act, Jools and Lynda Topp’s extraordinary personal story has been told. The film offers a revealing look into the lives of the World’s only comedic, country singing, dancing, and yodeling lesbian twin sisters. As well as rarely seen archive footage and home movies, the film features a series of special interviews with some of the Topp’s infamous comedy alter-egos including candid chats with the two Kens, Camp Mother and Camp Leader.

Champion hip hop dancer, Tu Kaea, has the chance to audition for K-Crew, the best hip hop crew in the country, but he has to go behind the backs of his home crew and his best friend Benjy. Things get even more complicated when he starts falling for Sasha, the girlfriend of K-Crew’s leader. When Tu’s old crew and new crew clash, he has to make a decision that will change his life forever.

An Angel At My Table

Jane Campion brings to the screen the harrowing true-life story of Janet Frame, New Zealand’s most distinguished author. The film follows Frame along her inspiring journey, from a poverty-stricken childhood to a misdiagnosis of schizophrenia and electroshock therapy to, finally, international literary fame. Beautifully capturing the colour and power of the New Zealand landscape, the film earned Campion a sweep of her country’s film awards and the Special Jury Prize at the Venice Film Festival.

A dog may be man’s best friend but in Dean Spanley it is also the key to reconnecting Henslow Fisk and his ailing father, Horatio. After attending a lecture given by a visiting Swami on ‘The Transmigration of Souls’, the Fisks run into eccentric Dean Spanley. Soon, Henslow discovers the Dean may be more connected to the Fisks than they could ever have imagined!