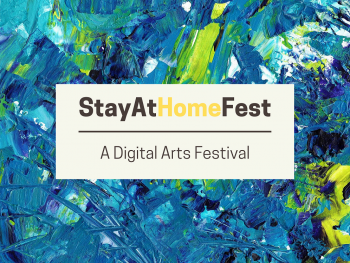 We’ve all seen them: photos of deserted highways stretching through the country, not a car or truck in sight. While this emptiness is a testament to the great work being done to stop COVID-19, it can be hard not to imagine a time when you can once again venture out and re-discover the rest of the country.

But now there’s no need to wait! Thanks to the magic of our eLibrary you can join us on a road trip across Aotearoa, from classic sites on State Highway One to secret spots known only to the wisest, most road-wily librarians. So grab your road atlas, double-check your internet connection and prepare for an epic (virtual) road trip. Read on to begin!

Day One: Pōneke/Wellington to Taupō It may be the first day of your road trip north, but you can’t help having a quick look around the capital. So fire up your new electric car (click here for charging stations), grab your thermette and see what you can find!

Glamorous Histories: Did you know that the site of Wellington’s Central Library was once home to Carmen Rupe’s Balcony strip club–and the legendary Red Mole theatre troupe? Discover more via Wellington City Recollect.

A City of Film: Wellington was chosen as a UNESCO City of Film in 2019, but it’s not just blockbusters that give the city it’s cinematic reputation. The 2013 documentary Gardening With Soul won Best Documentary at the New Zealand Film Awards and is set in Island Bay–watch it now via Beamafilm.

Okay, now it’s really time to go. Luckily the traffic out of Wellington isn’t too bad, and you get a smooth run past Pukerua Bay and all the way up the Kapiti Coast–nice one! Your first destination is Whanganui, but there’s plenty to see before then!

Range on the Right: The Tararua Range may look like an impenetrable wall of mountains and bush, but don’t be fooled–up to 150,000 people a year explore its slopes! For more info check out Wilderness, New Zealand’s most popular tramping magazine–and available at RBdigital.

Desirable Island: While adverts promoting Kapiti Island highlight its role as a bird sanctuary, the island has another, more strategic history–discover it via the Roadside Stories audio guides, accessible through Digital NZ and our eLibrary. Well done, you’ve reached the first stop on your trip. Time for a quick coffee and a snack somewhere–raspberry and lime Fruju, anyone? You park by the river and watch it slide by. What’s waiting for you upstream?

Te Awa Tupua: The Whanganui River has its own legal identity, with all the rights, duties and liabilities of a person! Learn more via NZ Geographic (or explore He Whiritaunoka through the Waitangi Tribunal).

Moturoa: Did you know that in 1868 there were rumours of abandoning Whanganui after Riwha Titokowaru’s victory at the Battle of Moturoa? Find out more in James Belich’s I Shall Not Die–described as “a riveting piece of historical writing.”

You continue on around the coast, stopping for a Fanta and a bag of Fruit Bursts in Stratford before turning onto State Highway 43–aka the Forgotten World Highway. It doesn’t take long for things to get a bit bumpy, and the Fanta suddenly seems like a mistake. But never fear, Taupō isn’t far off!

Turning Green: If you’re feeling a bit car sick by now, distractions can help. And luckily BorrowBox has a range of fantastic audiobooks to help you out–including great local content!

Breakaways: 1989 was a tough year for a lot of New Zealand, not least the people of Whangamomona. So what did they do? Formed their own republic, of course! Past presidents have included Sir Murt Kennard and Billy Gumboot the Goat. Learn more about Billy’s reign thanks to the library’s combined search. You made it to Taumarunui without being sick–an achievement! You celebrate with a suitably greasy lunch, then continue on to your destination of Taupō. Just enough time for a swim before dinner–congratulations!

Beauty and Fear: Whether you want to experience terror or awe while you’re in nature, Taupō has you covered. If you just want to read about terror or awe, then Pressreader has you sorted, too–with NZ Adventure Magazine.

New Boots: Have you read New Boots in New Zealand yet? It tells the story of Gillian Orrell’s quest to walk all of New Zealand’s Great Walks–including the Tongariro Northern Circuit! Have a read of it via Overdrive.