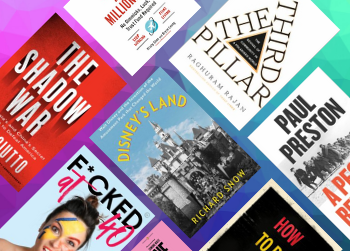 Here’s some interesting eReading and eListening for these lockdown times!

The shadow war : inside Russia’s and China’s secret operations to defeat America / Sciutto, Jim
eBook Overdrive.
“Today’s warfare is conducted via hacking, disinformation campaigns, and advanced satellite weaponry, with business-people and lawyers, space engineers and computer scientists the combatants. The enemies of the West understand that while they are unlikely to win a shooting war, they have another path to victory. Intensive and disturbing, this invaluable and important work opens our eyes and makes clear that the war of the future is already here.” (adapted from Overdrive description)

The third pillar : the revival of community in a polarised world / Rajan, Raghuram
eBook Overdrive
“Most economists home in on the relationship between markets and the state, but Rajan argues that markets don’t exist in isolation but are intimately a part of the human community. When new technologies disrupt the market, they disrupt the community as well, with the sort of consequences we are seeing today. His ultimate argument that decision-making has to be watered at the grass roots or our democracy will continue to wither is sure to be both provocative and agenda-setting across the world.” (adapted from Overdrive description)

Disney’s land : Walt Disney and the invention of the amusement park that changed the world / Snow, Richard
eBook Overdrive.
“When Walt Disney imagined a theme park where “his audience could live among Mickey Mouse and Snow White in a world still powered by steam and fire for a day or a week or (if the visitor is slightly mad) forever,” there was nothing like Disneyland in the world. This is a spectacular story of error and innovation, a wild ride from a vision to the realization of an iconic cultural landscape.” (adapted from Overdrive description)

A people betrayed : a history of corruption, political incompetence and social division in modern Spain / Preston, Paul
Ebook Overdrive.
“Paul Preston, a specialist in Spanish History at the LSE, tells a sweeping history of modern Spain – and points to a curious pattern that leads the country repeatedly into tumult: a disconnect between the social reality and the political powers ruling over it. A People Betrayed covers the lives of the individuals, heroes and villains who made a huge difference.” (adapted from Overdrive description)

How to be an antiracist / Kendi, Ibram X
eBook Overdrive.
“n this rousing and deeply empathetic book, Ibram X. Kendi, founding director of the Antiracism Research and Policy Center, shows that when it comes to racism, neutrality is not an option: until we become part of the solution, we can only be part of the problem. Kendi helps us recognise that everyone is, at times, complicit in racism whether they realise it or not, and by describing with moving humility his own journey from racism to antiracism, he shows us how instead to be a force for good.” (adapted from Overdrive description)

F*cked at 40 : life beyond suburbia, monogamy & stretch marks / Leigh, Tova
eBook Overdrive.
“For every woman that has ever felt trapped. We have many sides to us, most of the time we think we must choose just one character and stick to it. But the truth is, we can be all of them without having to choose. When you find authenticity it’s hard to go back.” (adapted from Overdrive description)

A secret history of brands : the dark and twisted beginnings of the brand names we know and love / MacNabb, Matt
eBook Overdrive.
“We live our lives immersed in name brand products. What most of us don’t know is that the origins of many of the most well-known and beloved brands in the world are shrouded in controversy, drug use, and sometimes even blatant racism. A Secret History of Brands cuts through the rumors and urban legends and paints a picture of the true dark history of famous brands, like Coca-Cola, Hugo Boss, Adidas, Ford, Bayer, Chanel, and BMW, among others.” (adapted from Overdrive description) 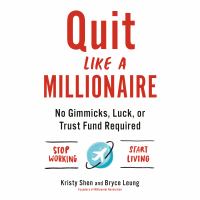 Quit like a millionaire : no gimmicks, luck, or trust fund required / Shen, Kristy
eAudiobook Overdrive
“Kristy Shen retired with a million dollars at the age of thirty-one. Not everyone can become an entrepreneur or a real estate baron; the rest of us need Shen’s mathematically proven approach to retire decades before sixty-five.” (adapted from Overdrive description) 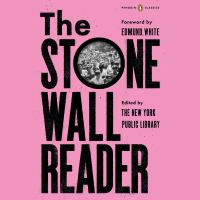 The Stonewall reader
eAudiobook Overdrive.
“June 28, 2019 marks the fiftieth anniversary of the Stonewall uprising, which is considered the most significant event in the gay liberation movement, and the catalyst for the modern fight for LGBTQ rights in the United States. Drawing from the New York Public Library’s archives, The Stonewall Reader is a collection of first accounts, diaries, periodic literature, and articles from LGBTQ magazines and newspapers that documented both the years leading up to and the years following the riots. Jason Baumann, the NYPL coordinator of humanities and LGBTQ collections, has edited and introduced the volume to coincide with the NYPL exhibition he has curated on the Stonewall uprising and gay liberation movement of 1969.” (adapted from Overdrive description) 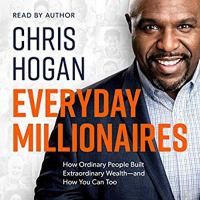 Everyday millionaires : how everday people built extraordinary wealth — and how you can too / Hogan, Chris
eAudiobook Overdrive.
“You’ll learn that building wealth has almost NOTHING to do with your income or your background! It doesn’t matter where you come from. It matters where you’re going. Here’s what you need to understand: if you’re willing to do the work—if you’ll follow the stuff we teach, if you’ll commit to our plan—then you CAN become a millionaire.” (adapted from Overdrive description)