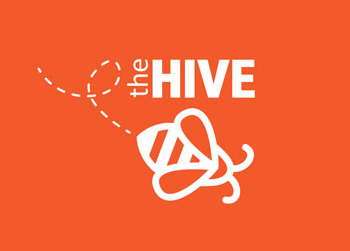 Greetings all, to the first of many blog posts about the HIVE, our Makerspace at the new Johnsonville Library at Waitohi Hub. Our Makerspace team have been busy working from home during the lockdown – have a read of what they’ve been up to below!

Before lockdown, we were fortunate enough to rescue some of the gear and take it home (specifically the 3D Printers Kryten & Holly), and really put them through their paces. We thought it would be a good idea to show you what they have been up to.

On day two or three of lockdown, we got put in touch with a group called ‘Project Faceshield New Zealand’, for people with 3D printers to help make personal protective equipment (PPE) for frontline workers. Kryten and Holly spent

the first week or so throwing out faceshield headbands — 34 to be exact — so they have really been doing their part. Since then, we have been told to stand down as overseas supplies have been incoming, but we are ready to restart the production line if needed. We were also able to test a new type of filament in Kryten — polyethylene terephthalate glycol-modified, or PETg. A lot of customers had been asking about using it (we usually use PLA), and I can tell you the test was a complete failure! Such it is with what we do, sometimes things go to plan beautifully, and sometimes not so much… this one, not so much. We ended up burning up a hotend and ruining a nozzle (hopefully a good acetone soak should fix it). Lesson learnt!
However, there has been some good come from this failure — We are now very proficient in where every single little setting for the 3D printers can be found, and what they do!

Since we have been stood down for faceshield making for the moment, we have been busy trying to create things that could potentially be used around the HIVE, or even in other parts of the library. Of course, the temptation to just play around making cool stuff has occasionally proven too strong – but hey, we need to test those settings, right? Stay tuned for the next ‘HIVE in Isolation’ to learn more about what we’ve been doing since libraries closed.